Today’s post is much more about blessings than struggles. But, I will give a quick update on some of my health issues.

I saw an ear, nose, and throat specialist yesterday. Other than having a “very crooked nose” (aka deviated septum, something I already knew), they said I was 100% normal, and they didn’t see anything wrong. Still no clues as to what is causing the very mild vertigo and dizziness that I’ve been experiencing. As a precaution, they have scheduled an MRI of my head (brain?) to make sure all of that is normal as well.

Today I got the results of my ECHO–again, I’m 100% normal! I have a little backflow/leakage/regurgitation (don’t you just LOVE these words?) in one of the valves, but the cardiologist said that most people actually have that. It’s not normally treated unless the patient is symptomatic. Which I am. So he wants to keep me on the heart medication and the heart monitor for a few more weeks (joy!) and then I will follow up with him to see if there is any difference. I haven’t had any more VTAC episodes though. He says all of this could just be caused by stressed.

So, I’m tending to agree with him and think that all of this stuff is my subconscious freaking out about the stress going on in my life. Dealing with toddler tantrums, husband’s anxiety, spiritual thoughts floating around in my head, and the ever looming ETS date (aka when we get out of the Army and no longer have employment or health insurance). Most of the time I try not to think about it; and when I do worry, to just put it back in God’s hands and say that He knows and will take care of us. But I guess maybe there is a disconnect in my psyche and my body is physically reacting to the stress that I’m trying to pretty much just ignore. At least that’s my theory.

Now, for a word about time changes… Normally, I like to fall back. But this year I was out of town in Central time, so I had already fallen back three days prior to time change. Then I had to fall back, again. Then spring forward when I went home. And I had two phones with me what were in different time zones (my new cell phone which adjusted to local time, and my ex-iPhone-turned-mini-mini-iPad which stayed on Eastern time). Is anyone else confused yet? At one point during my trip I honestly was just far too tired to even figure out what time it really was.

Ezra woke up at 0530 on Monday morning, but the rest of the week he has slept til 0800. So that hasn’t been so bad. But I am just EXHAUSTED. Like I’m talking can’t-keep-your-eyes-open-even-after-a-cup-of-coffee tired. Yawn. I’m hoping that somehow things all even out soon.

Now, for the beauty…

I’m thankful for our new (very antiquated-looking) cell phones. Bare-bones, no touch screen, horrible camera, no internet cell phones. But I’m even MORE thankful for my ex-iPhone-turned-mini-mini-iPad. The decision to give up our iPhones to save money on our cell phone bill and to not be so attached to technology all. the. time. was not easy for me. I knew without a doubt that it was the right thing to do, but there were still so many things that I knew I was going to miss about having an iPhone. Like the flashcard app my son uses while sitting on the potty. And tracking my FAM/NFP on the Fertility Friend app. And reading books on the Kindle app. And Instagram. And Facebook. And WordPress…and why am I getting rid of my smartphone again? But I decided that it was TIME to cut that tie. I bought a Kindle Fire off of my mom at a discount so that I could still do a lot of these things. But now I get to return it to her (and get the money back! woohoo!) because we discovered that our iPhones and all of their apps still work anywhere we can connect to wifi (except for calls and texts, unless we are texting someone else with an iPhone, and then we can text over iMessage). Basically, they function like an iPad would. So, not only are we saving approximately $50 on our cell phone bills, I STILL get to use the iPhone ALMOST to the same extent that I could before, except while I am out, which was when I was trying to really keep in balance being on the phone. I was turning into one of those moms that was uploading pictures to Facebook in one hand while pushing her kid in the swing at the park with the other. Ouch.  Temptation removed. Money saved. Win. Win. Win.

I’m thankful for strawberries, dark chocolate, and chamomile tea–my companions for the evening on a night when I turned off my computer at 9 and spent the evening reading and preparing my heart for the PWOC International Conference: 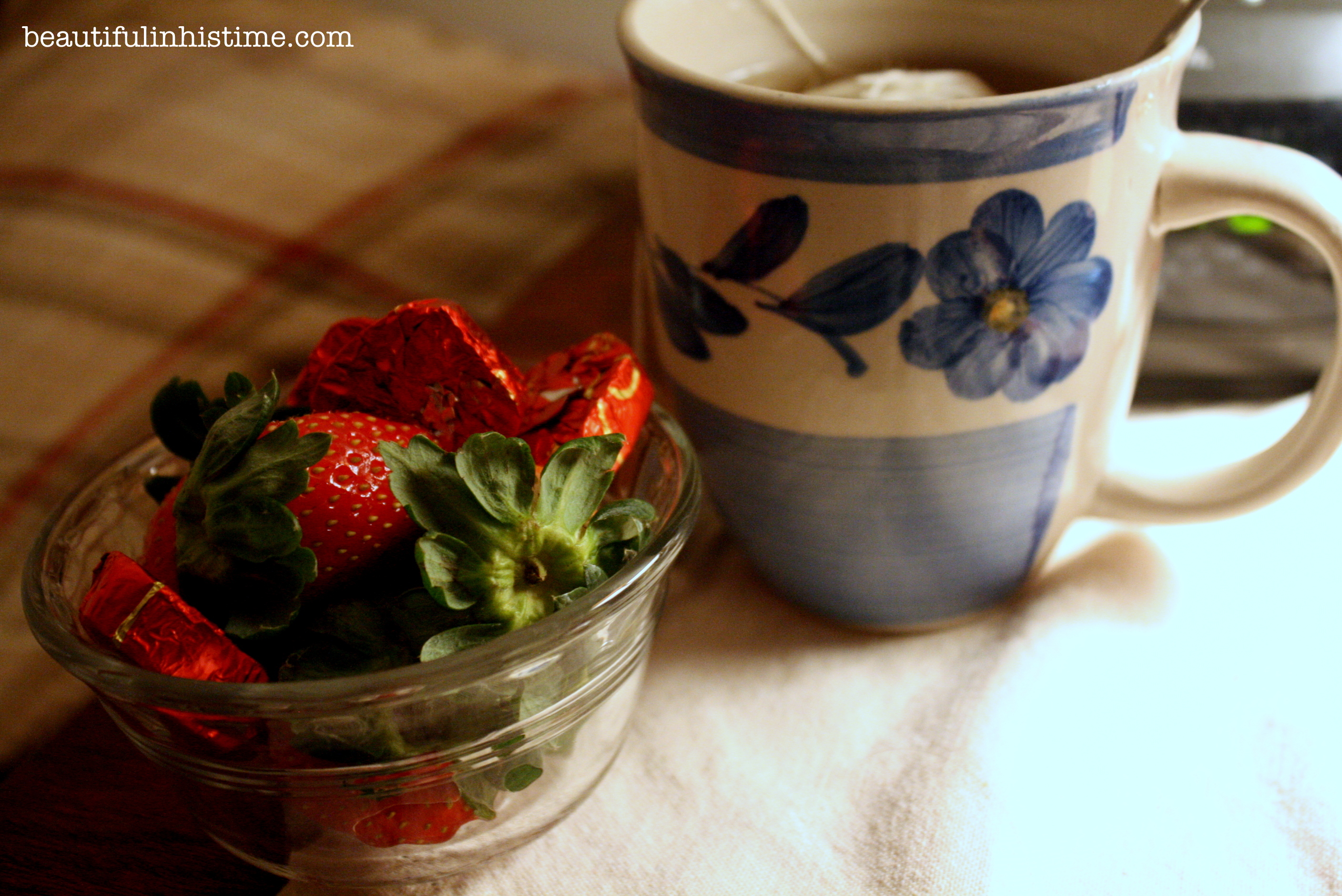 I’m thankful for Psalm 30 and the song that it inspired me to pen: 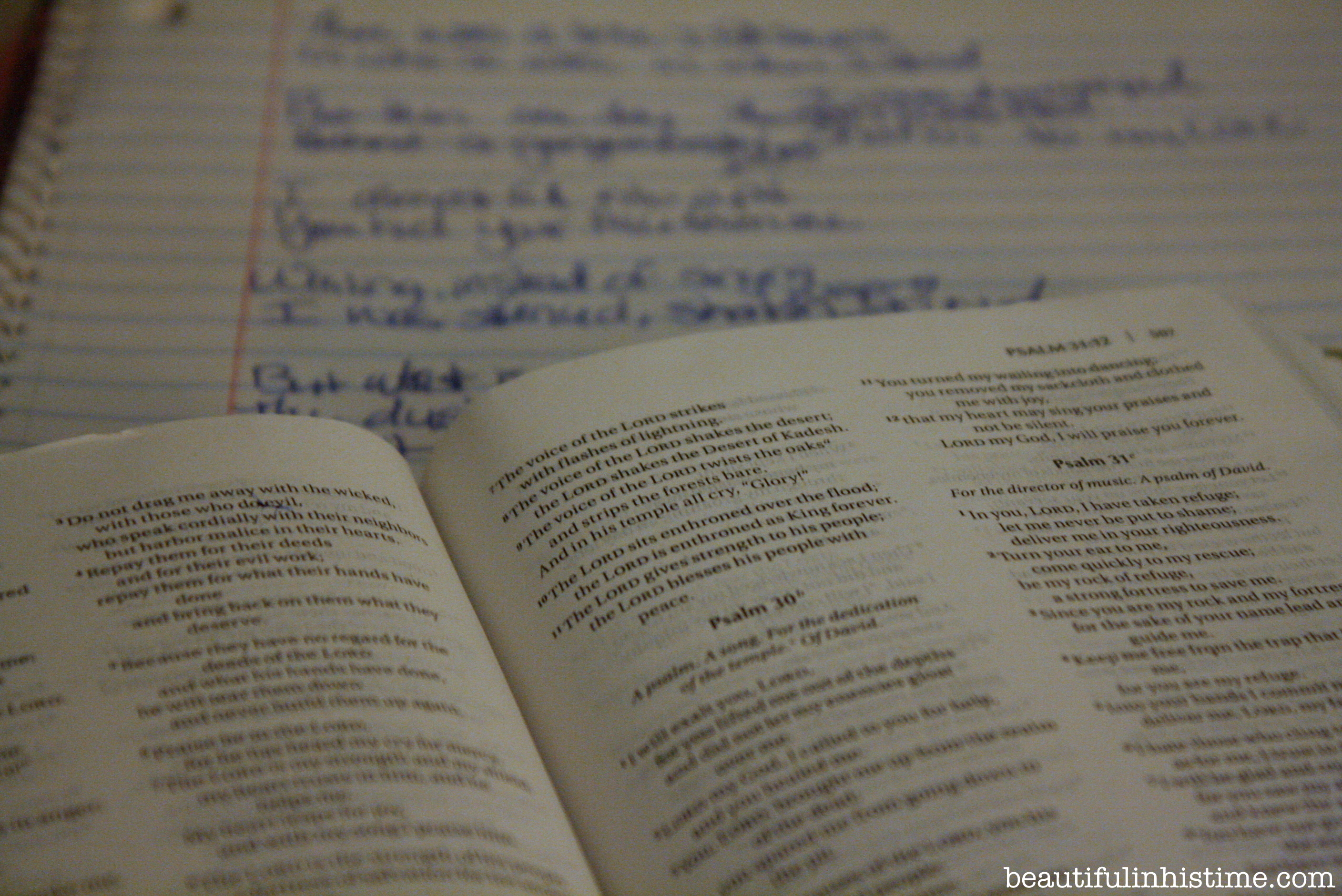 I’m thankful for the beauty that I found in Christ at the PWOC conference. Lot more pictures and posts to come about that. I’m thankful to come back home, more refreshed and able to better care for these amazing boys: 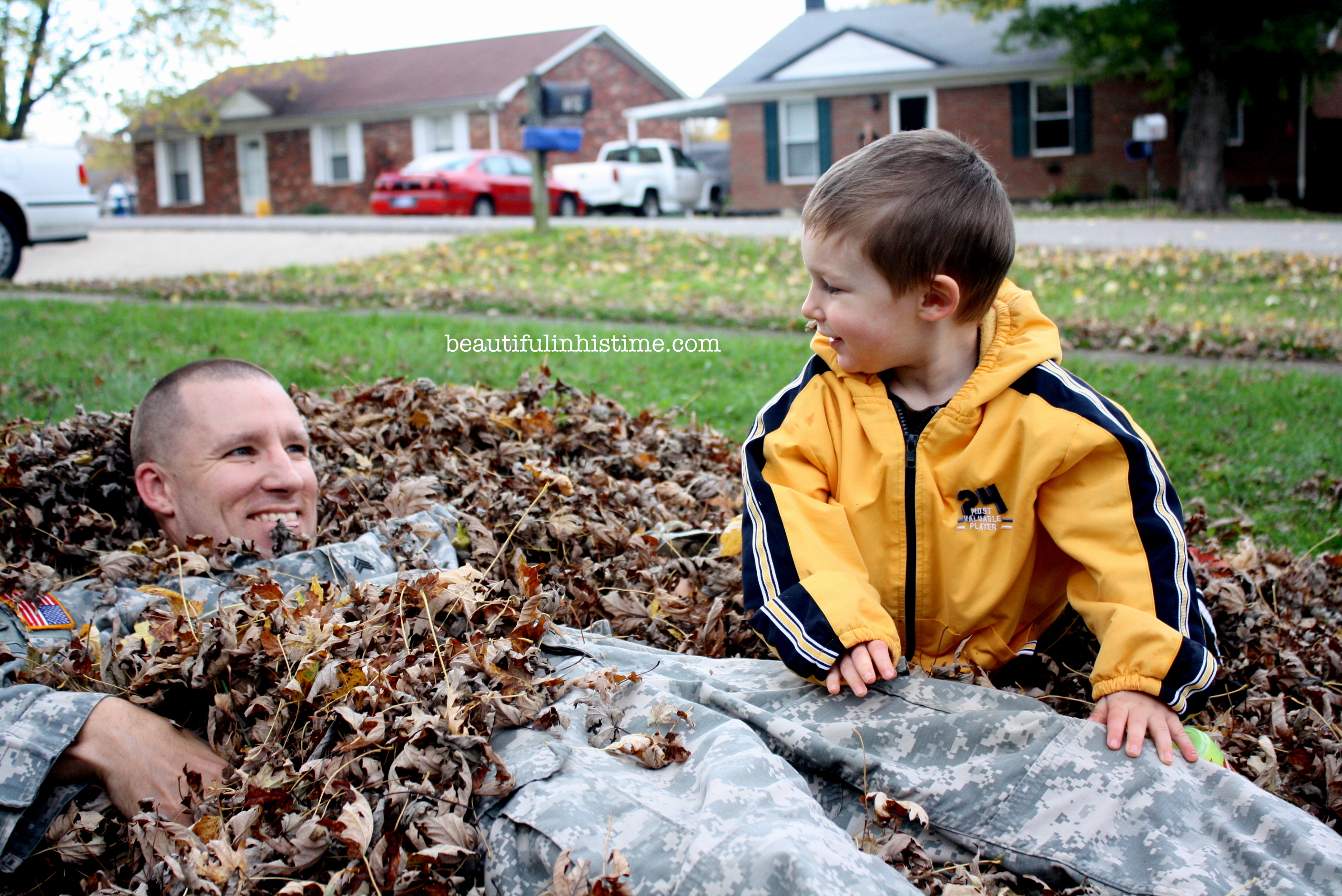 I’m thankful that I found this in the mail when I got back…something I won in a giveaway from PTSD Diary: 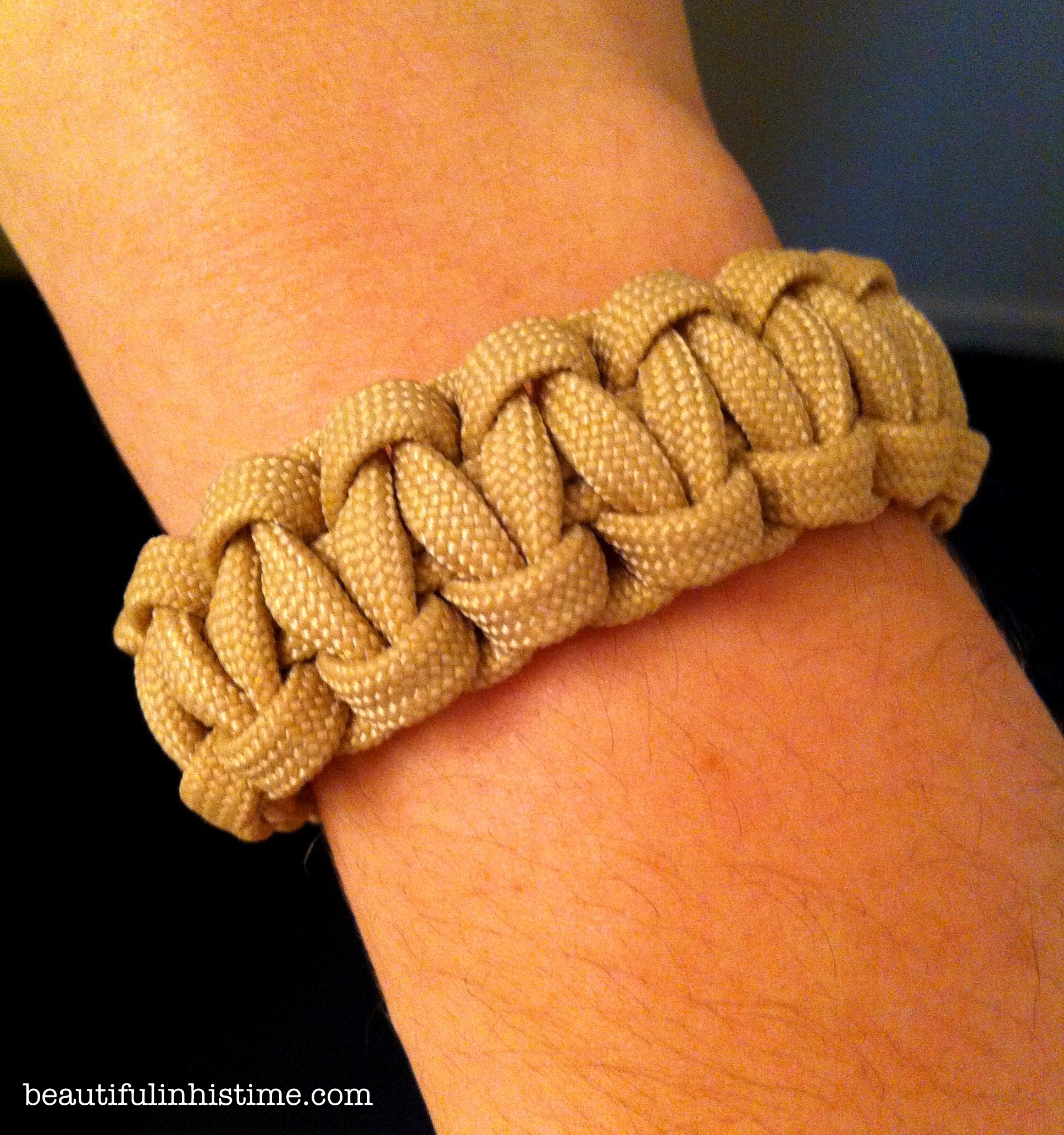 I’m thankful for Kroger. Even when I forget and go shopping on Senior Day. With my very tired toddler. I’m just thankful that I survived. And somehow managed to save $52 while doing it. (Thank you Kroger for your discount card and your amazing deals on organic products!) 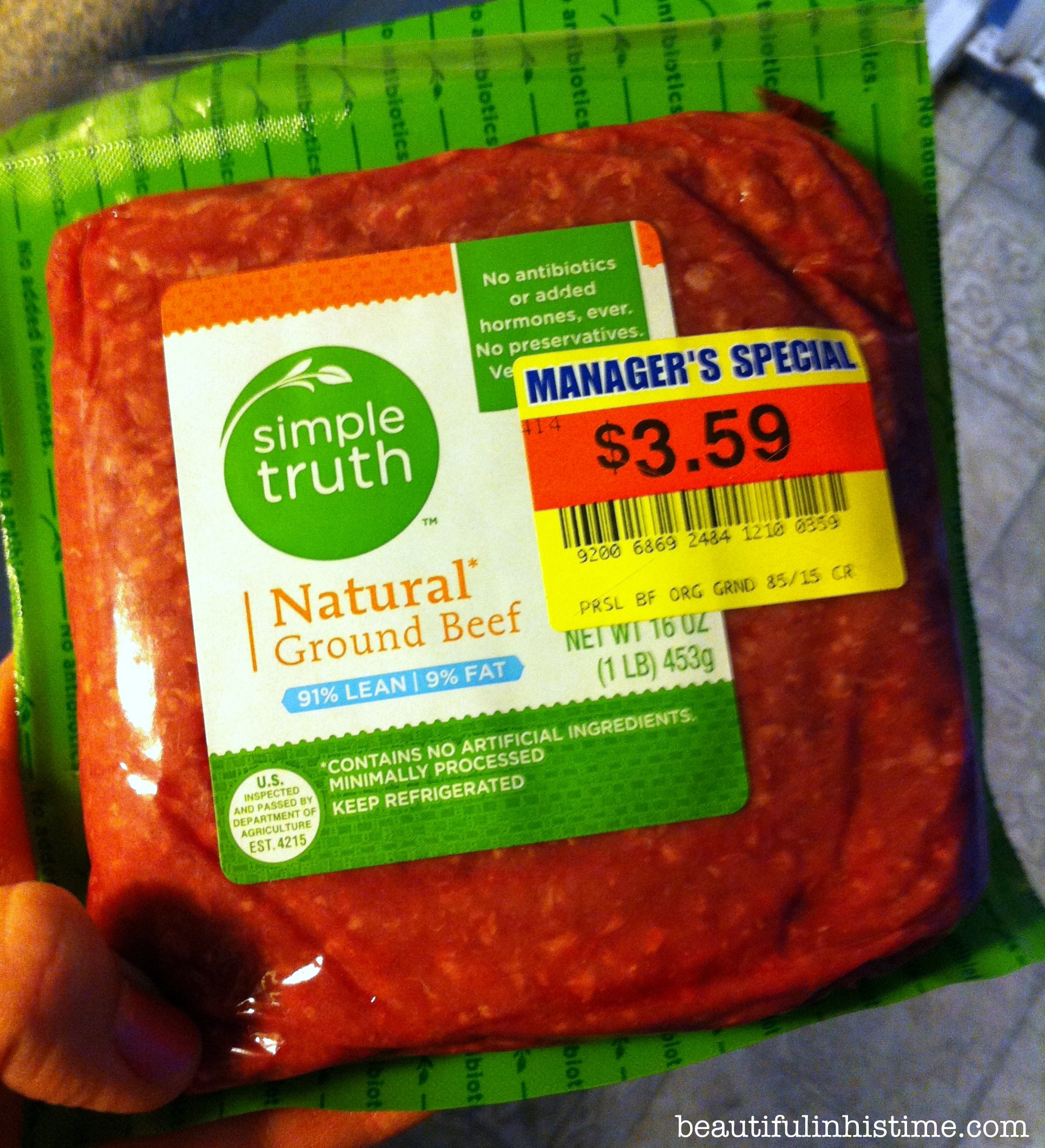 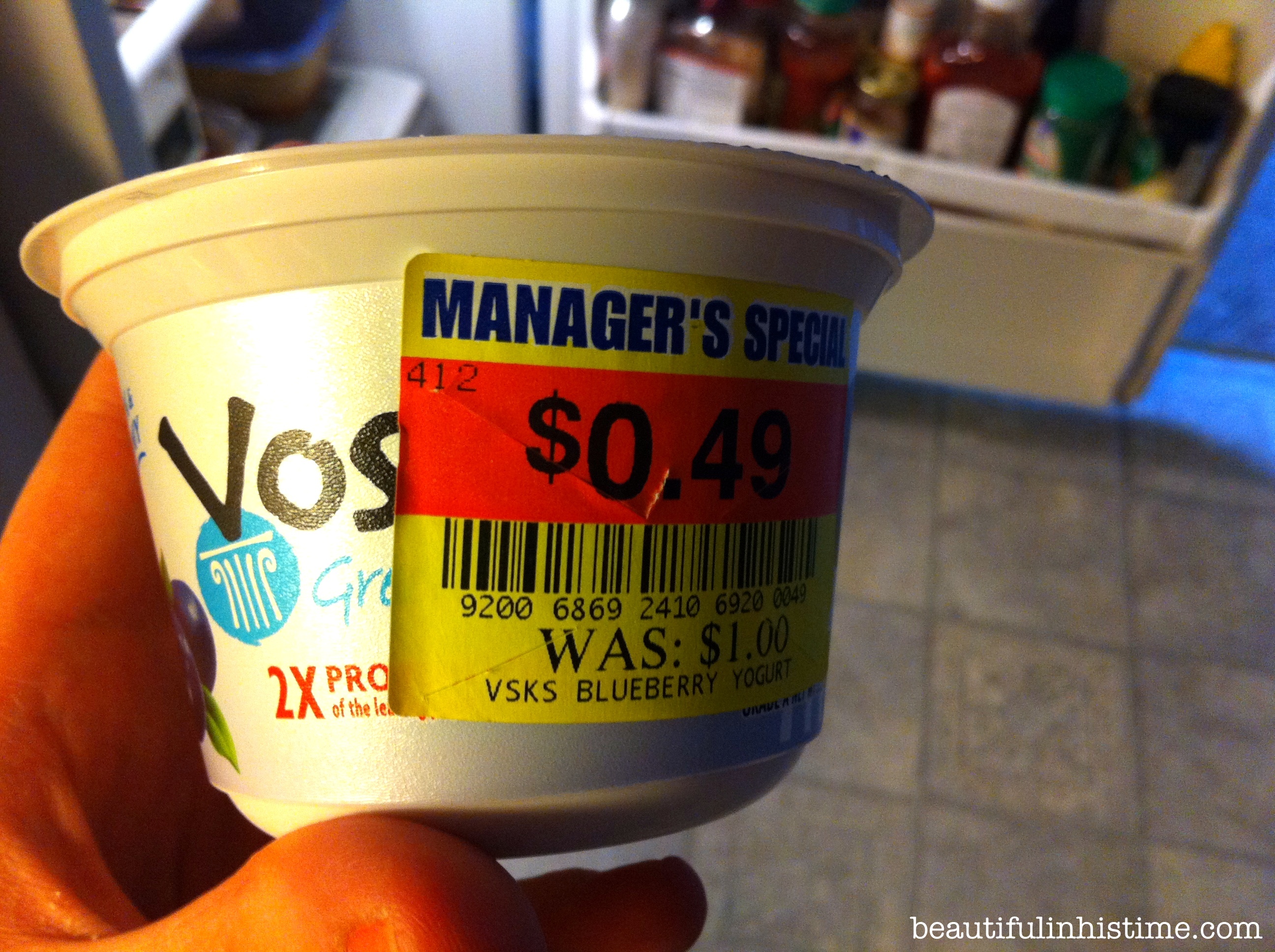 And I’m thankful that I found this, which, when mixed with vanilla creamer and coffee, ends up tasting a lot like a peppermint mocha: 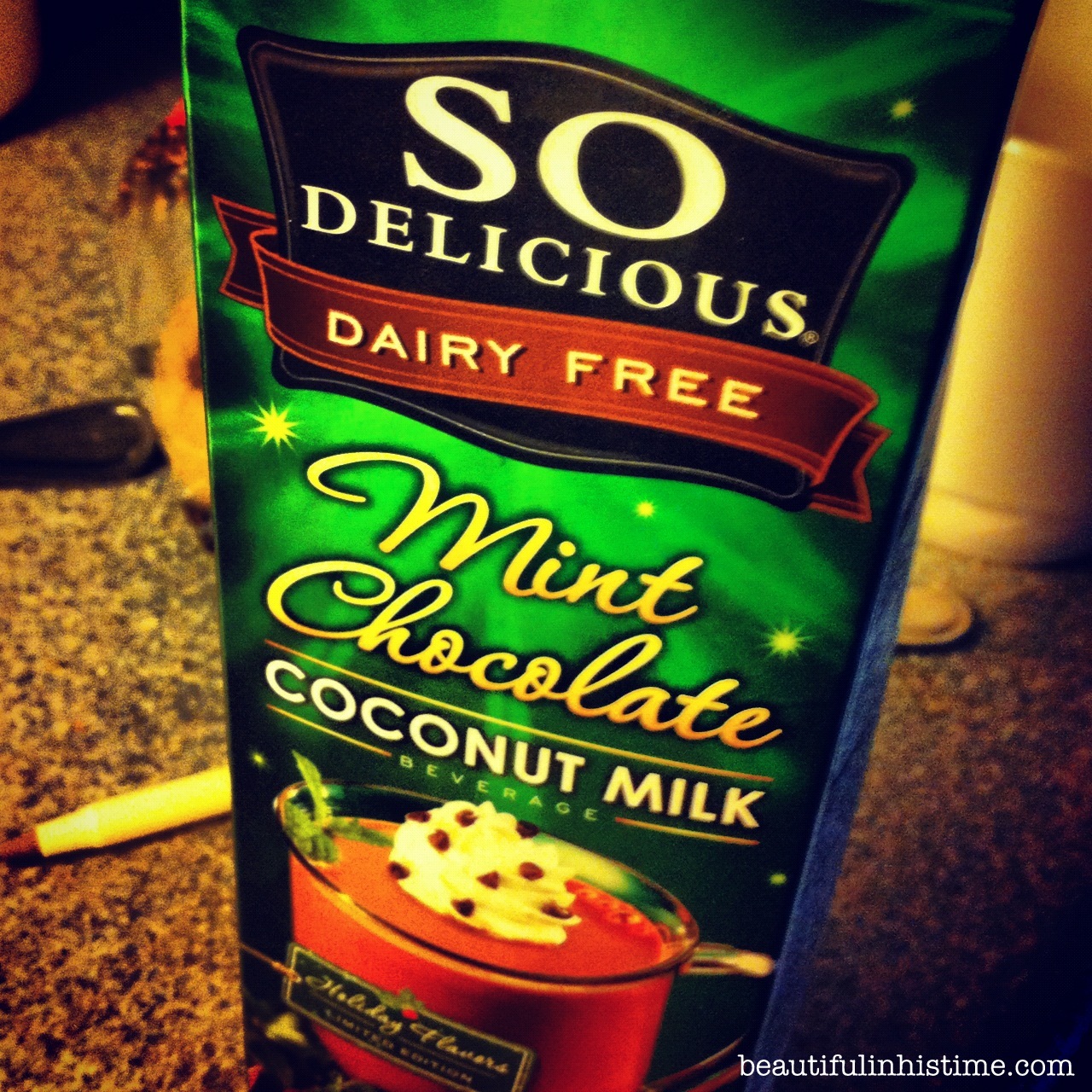 I’m thankful for the Child Development Center on-post where my son has been in hourly daycare for all of these medical and therapy appointments. When I dropped Ezra off today it was rest time. He walked right over to the mat, laid down, and closed his eyes before I had even left the room. And they said he slept for 40 minutes! He loves going and loves the routine, the socialization, and the playtime. All three times he has gone this week, it’s taken me 10 minutes to get him to leave at the end of the day…the first time he just laid on the floor and cried! Then once we were out he ran back to the door asking “class??? Class?!?!?” And it’s such a nice break for me. When I first signed him up I felt so guilty about taking him to an institutionalized “daycare” facility, but it’s been so good for both of us! I’m sure going to miss it when we get out!

I’m thankful that I got done with my appointment earlier than expected and still had enough time in my childcare reservation to stop at the on-post thrift store. It’s hit and miss, but today was definitely a hit.

I found this, which exactly matches the pattern of the rest of my kitchen decor. I took the spoons out and left them on the shelf, but when I went to check out, they told me that it was a set. Whole set? $7:

I found this one lonely, unopened printer cartridge. Which just HAPPENED to be the number and brand I use in my printer. Cost? $4.90. STEAL. Especially because I’ve been doing so much printing with all these coloring sheets, flash cards, and dot-painting worksheets for Ezra:

UNBROKEN, barely used CRAYOLA Crayons. 70 cents. Didn’t even have to think about that one: 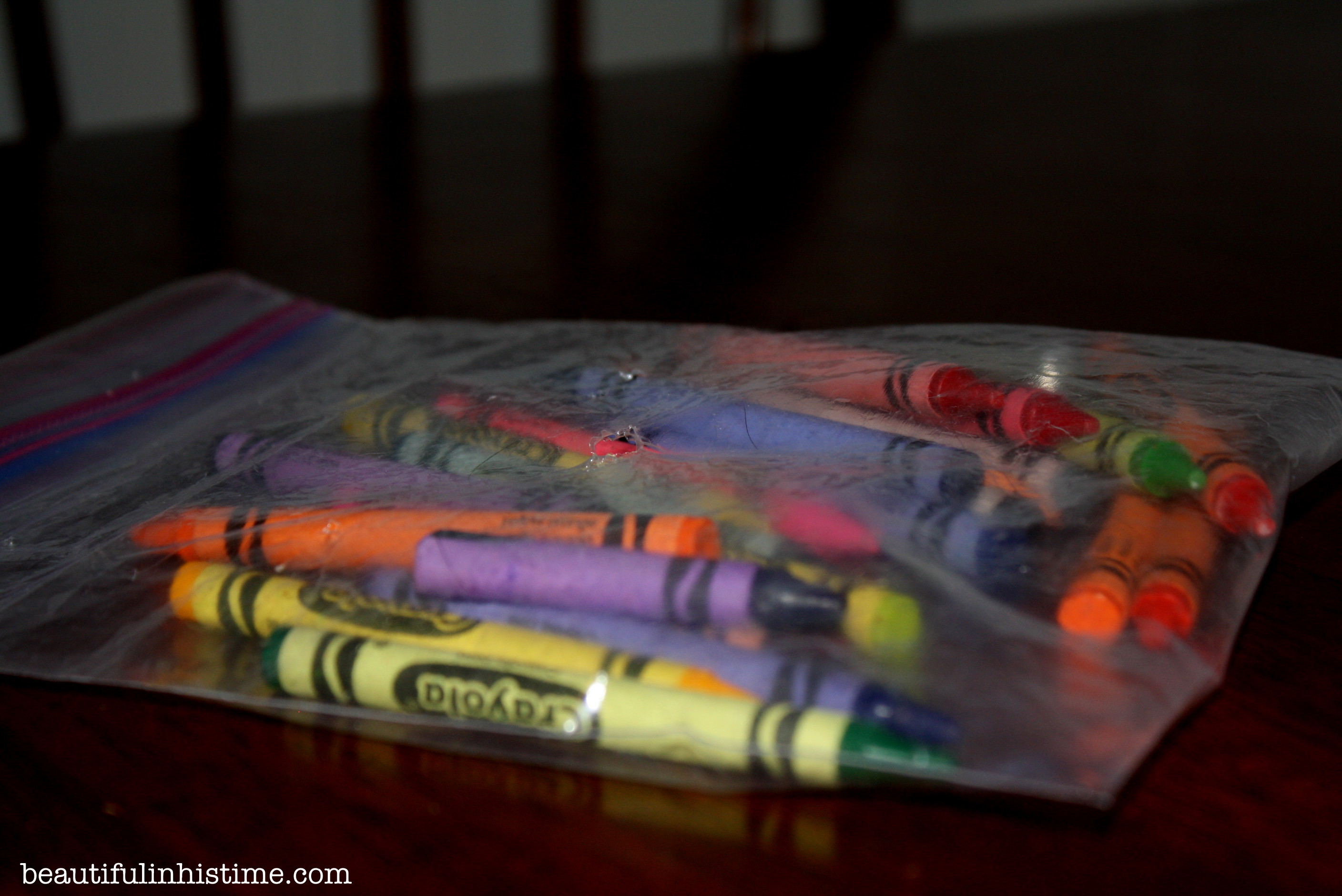 And books. I can’t stop buying books for Ezra. Especially when they are so cheap. Total cost for these? $7: 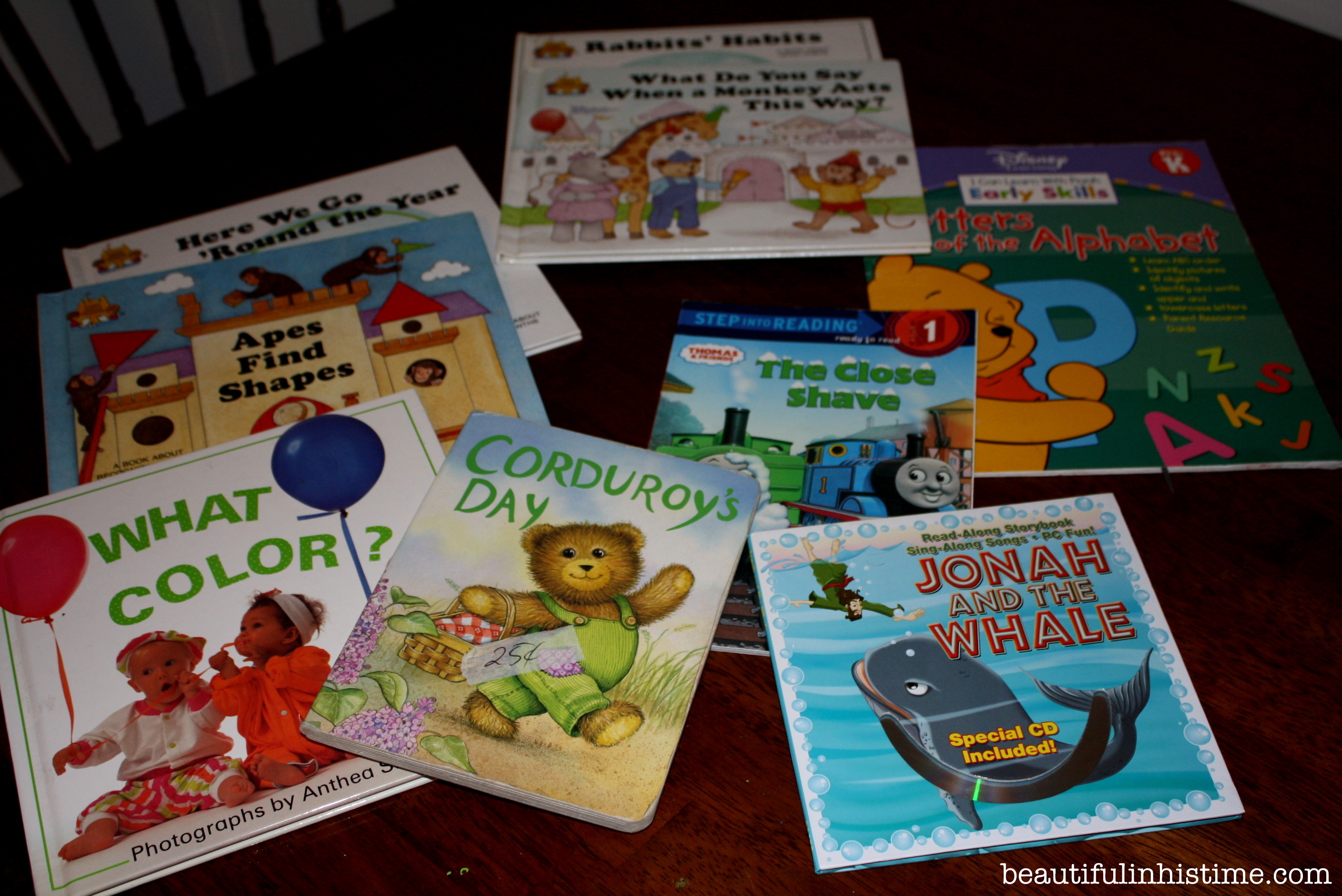