Yesterday was my husband’s first day as a…civilian? I want to say civilian. But as we are still “employed” by the Army for another 2 1/2 months, and officially on leave, it’s not quite time to say that. But he’s done with the Army and has no further obligations.

There was the comment the night before when he realized he had already worn his PT uniform for the last time.

There was the text “I’m on my way home…for the last time.”

There was the dance party in the kitchen.

It is a joyous occasion.

But more than joy, it just feels like a big exhale. And maybe that’s why I just don’t feel like writing much. It’s not an event that’s full of strong emotions like excitement, or sadness, or bittersweet memories. It’s just…

We took off within three hours of him signing out to drive through the night to visit my in-laws. We are lying around the house in our pajamas–taking naps and sleeping in.

We are breathing out. 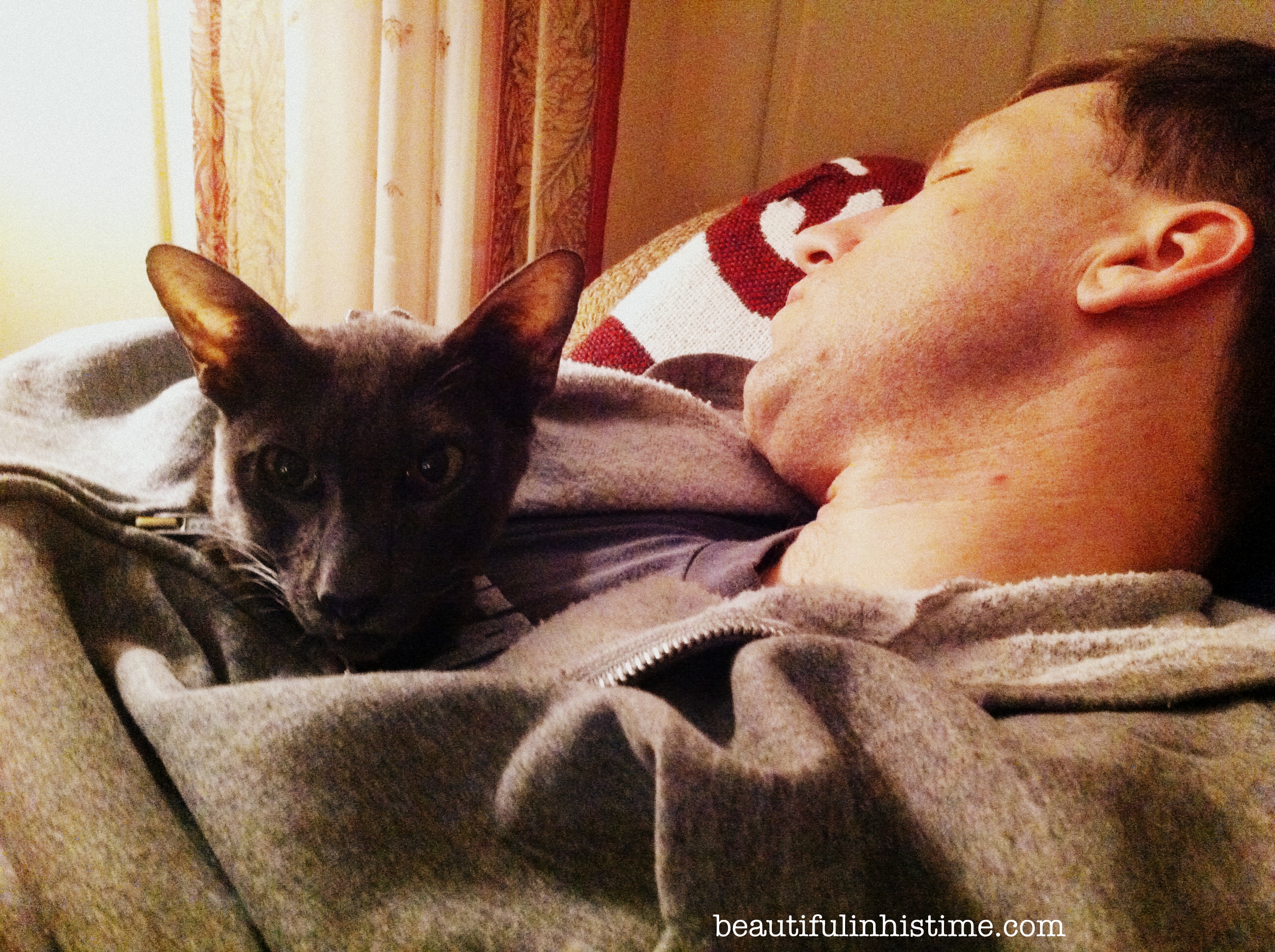