Imagine, for a brief moment, that you are a young newlywed who has just found out that you are expecting your first child.

Then, imagine landing in the hospital with that child before you’ve even told people you were pregnant.

Imagine being so sick that you can’t even drink water.

Imagine experiencing all of the emotions of threatened ectopic pregnancy, miscarriage, and even your own personal death – all while being so sick you can’t function.

Imagine spending your first Christmas as a married couple in the hospital and returning home to find your dead Christmas tree–and just being thankful that you and your baby are both alive.

Imagine being so sick that your husband can’t even walk into your room, where you have been lying  in bed for weeks, without you giving him a signal that it won’t set you off into a wave of sickness.

Imagine mounting medical bills far beyond your ability to pay and yet still spending hundreds of dollars a month for medication – because it’s worth it if you can actually get out of bed a few times a week.

Imagine this horror lasting for your entire pregnancy.

For sufferers and survivors of Hyperemesis Gravidarum, a “debilitating and potentially life-threatening pregnancy disease,” this is reality.

My friend Leah is one of those survivors. Expecting Grace, a newly released ebook, is her survival story.

Imagine a healthy baby carried to term even while his mother was suffering malnutrition and dehydration. 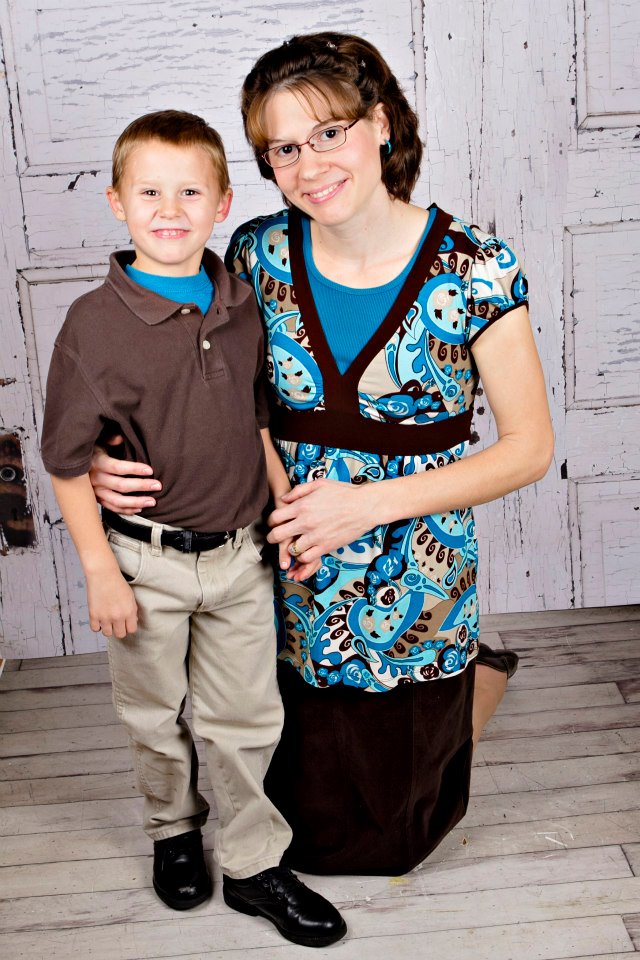 Reading Expecting Grace made me so grateful for having, in relative comparison to Leah’s story, a pretty uncomplicated and easy pregnancy. It has made me think back to times I’ve dismissed comments from others like “Oh, I was sick the entire nine months of my pregnancy! It was horrible!” as an overreaction or embellishment of truth.

Many of these women would rather end the life of their child than to endure the symptoms of the disease – because it seems more merciful than for both mother and child to struggle for their lives for nine months.

It’s a disease that most people have never heard of and there are less than a half dozen books written about the subject. Leah’s book brings awareness to the general public and hope to sufferers that they are not alone.

Leah’s story is worth reading. The chapters are short – it’s simple but riveting. Head over to Amazon today to buy your copy and read of how one woman found God’s grace during her hypermesis gravidarum pregnancy.