I prayed for his wife.

Day after day, teenage me sat on my bed with the sun pouring in over a handwritten list of prayer requests. His name was on it and I prayed for him to find her. I prayed that he would find the love he so desired, and so deserved. I prayed for her to be good to him.

In those days, our phone would ring. An old yellowed actual landline with a cord that seemed to stretch a good 15-20 feet. I loved to answer especially when I heard his teasing voice on the other end of the line. He wasn’t calling for me, but he called me nicknames and we shared moments just the same.

And I kept praying for his wife.

Then one evening, when I was 18, he told us he had found someone. While my undeveloped, nothing-more-than-a-crush affections were set elsewhere at the time, my heart I said, “No, that’s not right.” I imagined what it would be like to see him at his wedding. Because, of course, I would go.

Months passed, and it wasn’t meant to be for them. It was sad and hard.

But somewhere in there I had stopped praying for his wife – because I had my own life stuff going on. College stuff. Relationship stuff. Breakup stuff. God stuff.

A year later, my phone would ring. My very first cell phone, a little flip Samsung phone that played a happy “Caribbean Cruise” every time he called. Our conversations over the course of a few weeks went beyond teasing and banter and we got to know each other in new ways.

Then it was over as quickly as it began and I wondered what was that all about. I tried to put him out of my mind, but after a few months I realized I was still waiting for him to call. Sometimes, I would even play the ringtone, just because I wanted to hear it and feel some connection to him.

And I started praying again for him and for his wife – and this time, I wanted her to be me.

Nine months later the phone rang, and he told me he loved me. A year later, I went to his wedding – as his bride.

And I prayed as his wife. 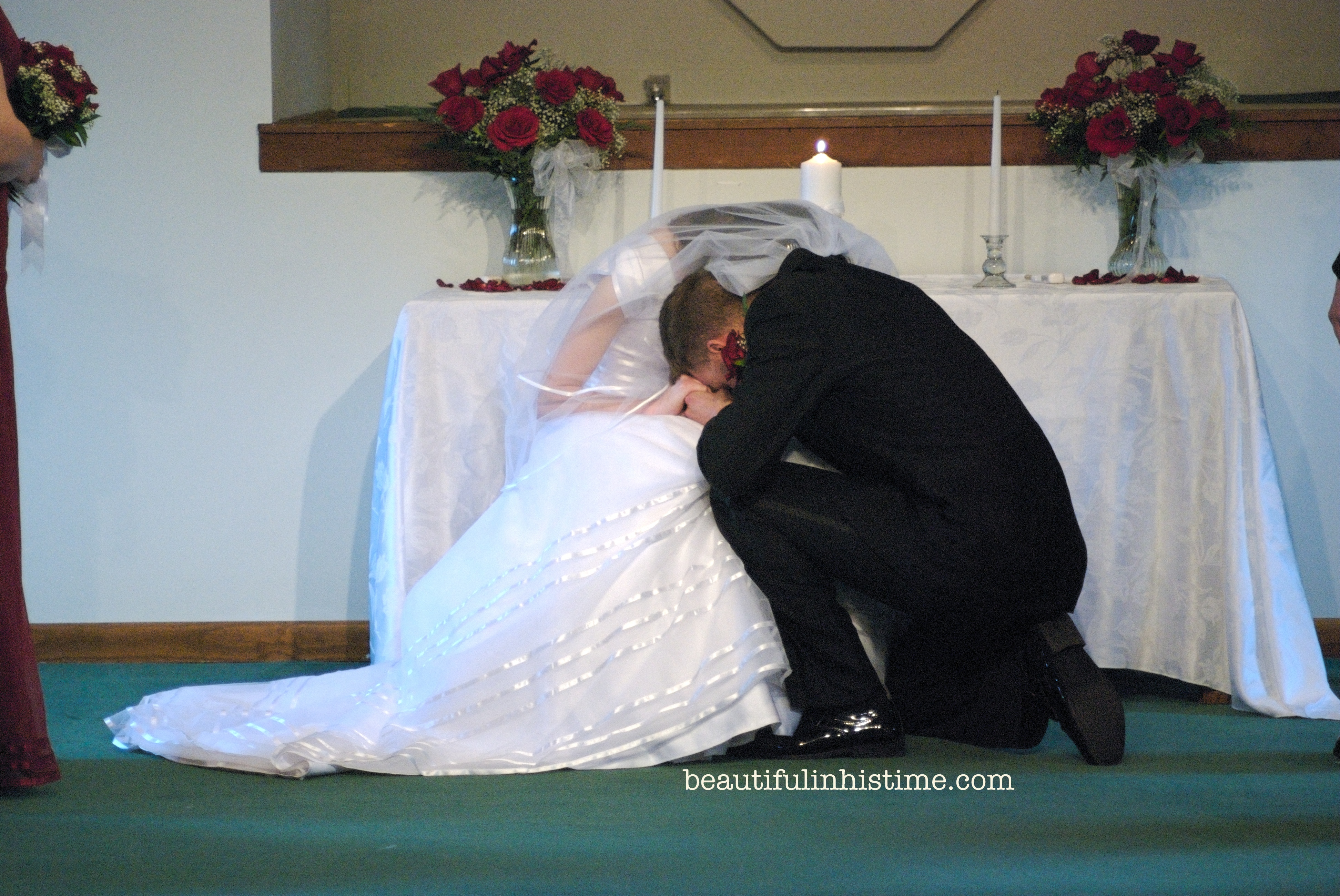 Now, six years later, my iPhone sings this when he calls:

“And this journey that we’re on – how far we’ve come, and I celebrate every moment

And when you say you love me – that’s all you have to say; I’ll always feel this way.”

Sometimes I groan because he’s called when I’m up to my eyeballs in three-year-old life or dishes or a blog post or while I’m out with a friend. Sometimes I would rather run away to a place where I’m not the wife, not the mom, instead of answer the phone. 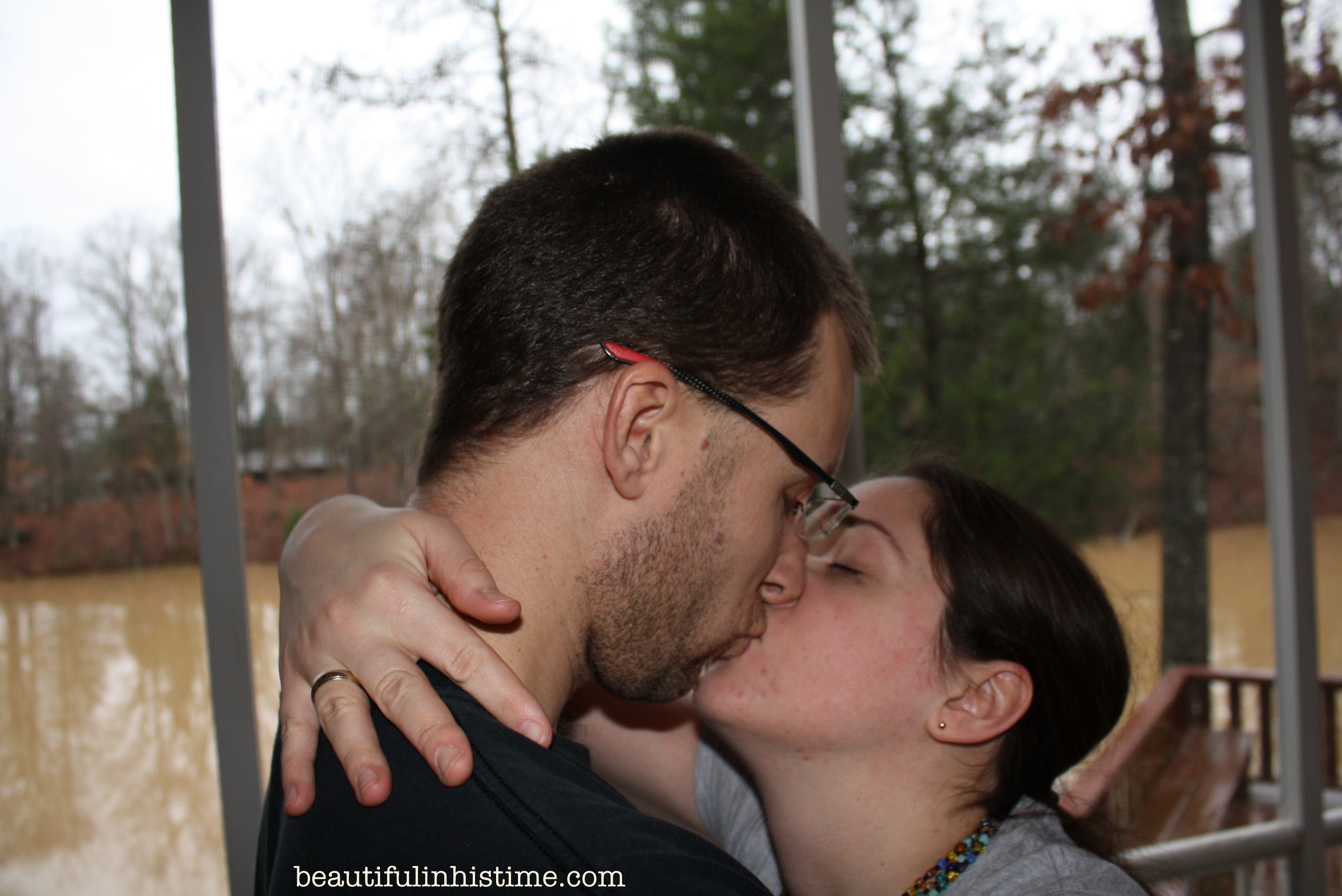 Most days, there’s too much going on for me to even think about praying for his wife.

Instead, I’m riding on the prayers of a teenage girl who didn’t know that she was praying for herself. 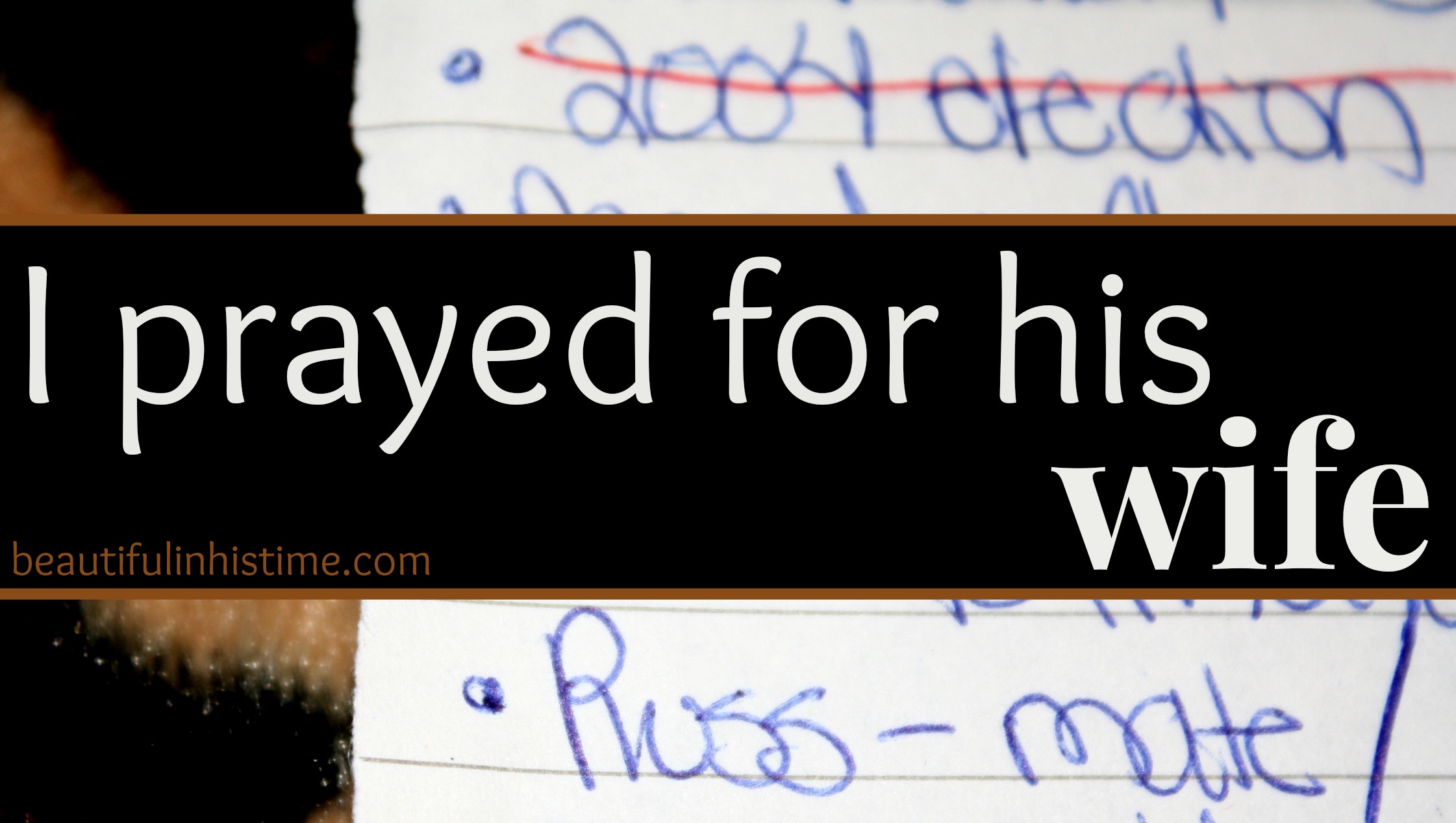