Now, let me be clear – I don’t believe in karma. But, it has become a popular part of our society thanks to modern television and internet memes.

Karma, seemingly means everything from the textbook Hindu definition to simply the fact that there is a balance to the universe and if good things happen then eventually bad things will happen too. Balance. Yin and Yang (or is in Ying and Yang?)

But, if you look at Ecclesiastes 3 – the wisest man who ever lived shared something strikingly similar. A time to live, a time to die; a time to kill, a time to heal; a time of war, a time of peace; etc. etc. etc.

So this idea of balance in life – bad and good coexisting and happening to all who live, I guess you could say I believe in that.

Which brings me back to my life.

Because the last 24 hours are pretty much case in point.

(I am also pretty sure that they were in the deleted scenes of Mom’s Night Out, but you’d have to ask Sarah Drew about that.)

So, yesterday was awesome. I crisis-cleaned the house because we had friends coming over, which was a little stressful but I accomplished it and felt like superwoman. Then our friends came over and played in the pool and the sprinkler and we had lunch together and then the kids rushed downstairs to watch Robot-Transformers-Something-Or-Other while their mom and I did the lunch dishes and chatted and the next thing you know four hours had gone by.

Then I put by-this-point-very-fussy boy down for a nap where he stayed for THREE HOURS. Sleeping.

And, since I had a (relatively) clean house, I capitalized on such heavenly opportunity and plopped on the couch in front of the TV, only moving to use the bathroom and get snacks. 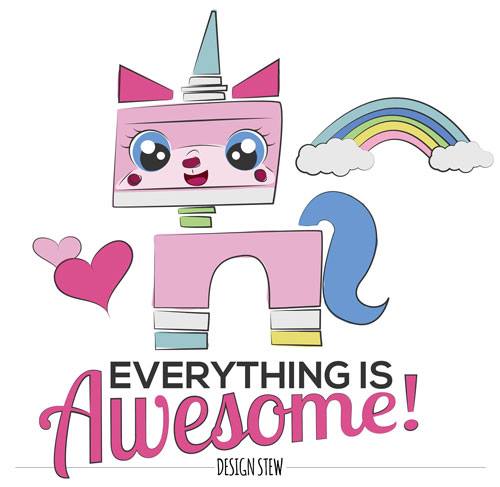 So then, last night, I slept crappy. Woke up multiple times, had bad dreams, tossed and turned, not fun.

And then guess who woke up at five-freaking-fifteen?

(I’ll give you a hint. He’s three and took a 3-hour-nap yesterday.)

So I heard the bumping, talking, running, jumping coming from the bedroom, but he seemed to be staying put and I dozed for another 30 minutes, waking every 2 minutes to the noises.

Me: “Yes Ezra, it’s scary because it’s dark. But you don’t need to be in the hallway. You need to be in your room until your clock is green.”

So we head to the bathroom where I turn on the blindingly bright light, take off his wet pullup, and sit him on the potty seat. At which point I promptly told him, “I’ll be right back” and stumbled back to my bedroom and climbed back in bed.

Me: “NO. I’m not getting up. Once he poops I’m putting him back in his room and I’m going back to bed!”

But, somehow I found myself walking back to the bathroom where I sat down on the stool in front of the toilet only to realize that my butt was now wet with something that was all over said stool. I’m not sure if it was pee or gross water from the toilet bowl brush that was out at his feet. Either way, gross. So now I’m sitting on the stool with a gross wet butt and he still hasn’t pooped.

At which point Russell walks into the bathroom and asks something about laundry and do I have any clean shirts anywhere which reminds me that Ezra also has no clean underwear in his drawer and I meant to do laundry yesterday but I got too distracted by playdates, 3-hour-naps, rainbows, and unicorns to remember.

And so I, once again, leave Ezra on the toilet and take my gross wet butt back into the bedrooms where I collect dirty laundry and head down to the basement where I thankfully found clean underwear in the dryer but started a load of underwear anyway because this child has once again proven to have potty training super powers and is now having multiple pee accidents a day so I’d better be prepared.

And I’m thinking, “What gives? It’s six AM and I’m already behind!”

I take my time sorting laundry (because that’s what moms who are hiding from their lives do). Then I head back upstairs to sit on the yucky stool to wait for poop.

And Ezra asks, “Mom, can you put on a happy face just like me?”

Y’all? I didn’t know that I would have to add “Poop Coach” to my resume but yup, it’s on there.

I may or may not have been heard chanting: “Can we push it? YES WE CAN!”

Somewhere in there Russ graciously made me coffee and I gave him a hug off to work, at which point I noticed that the shirt he was wearing smelled strangely like dirty laundry but just tried to ignore that.

More waiting for poop. More coaching. More sitting on the dirty stool noticing that I forgot to shave my legs in the shower last night.

Finally, I broke out the big guns. THE VISUAL TIMER.

And in a minute and a half he had done it. I heard the plop and we got up to look and I’m telling you, this turd was the size of a grape. A GRAPE!

You mean I sat on a yucky stool being a poop cheerleader for nearly an hour for THAT?!

So now said child has had a banana and is downstairs watching Thomas and I’m writing this blog post just because, well, sometimes I just need to get it out.

I suppose that the moral of this story is

2) make sure you don’t fall behind on laundry

3) always look at bathroom stools before you sit down

I think that if I were to make a mommy-version of Ecclesiastes 3, it would go something like this:

A time for potty successes…a time for accidents

He has made everything beautiful in HIS time.