It was Memorial Day. Russ had to work, which I felt to be rather ironic. But, you can’t really be bothered about something like that…the world doesn’t stop for Memorial Day, and now that he works for an international corporation, he has to “pull his weight” as a civilian.

I wanted to just push all the memories of military life aside and pretend that it was just another day.

So on Monday, I took Ezra to his first Memorial Day parade and celebration in a small town about 30 minutes from us.

On our way there, a woman called into the radio station I was listening to with news that her son was getting ready to deploy to Afghanistan. She started crying.

I tried to explain:

“Ezra, do you remember when you daddy was in Afghanistan for a long time?”

“Well, that lady knows someone who is in the Army and he’s going to Afghanistan too, and she’s going to miss him. That’s why she is crying!”

I knew he couldn’t really understand, but I was touched that he recognized the emotion in her voice, even through the radio.

We arrived and found a good parking spot. While it was a struggle keeping Ezra from running away in the crowds, I was immediately glad we went. We were surrounded by men wearing their veteran caps, girls with stars and stripes in their bows and on their dresses, and a lot of American flags. Once we got to the town square we started seeing a lot of uniforms. It was a welcome sight.

We picked up a flag for Ezra (as I had forgotten to bring along his “Merica”) and found some sights to keep him occupied while we waited for the parade to start. 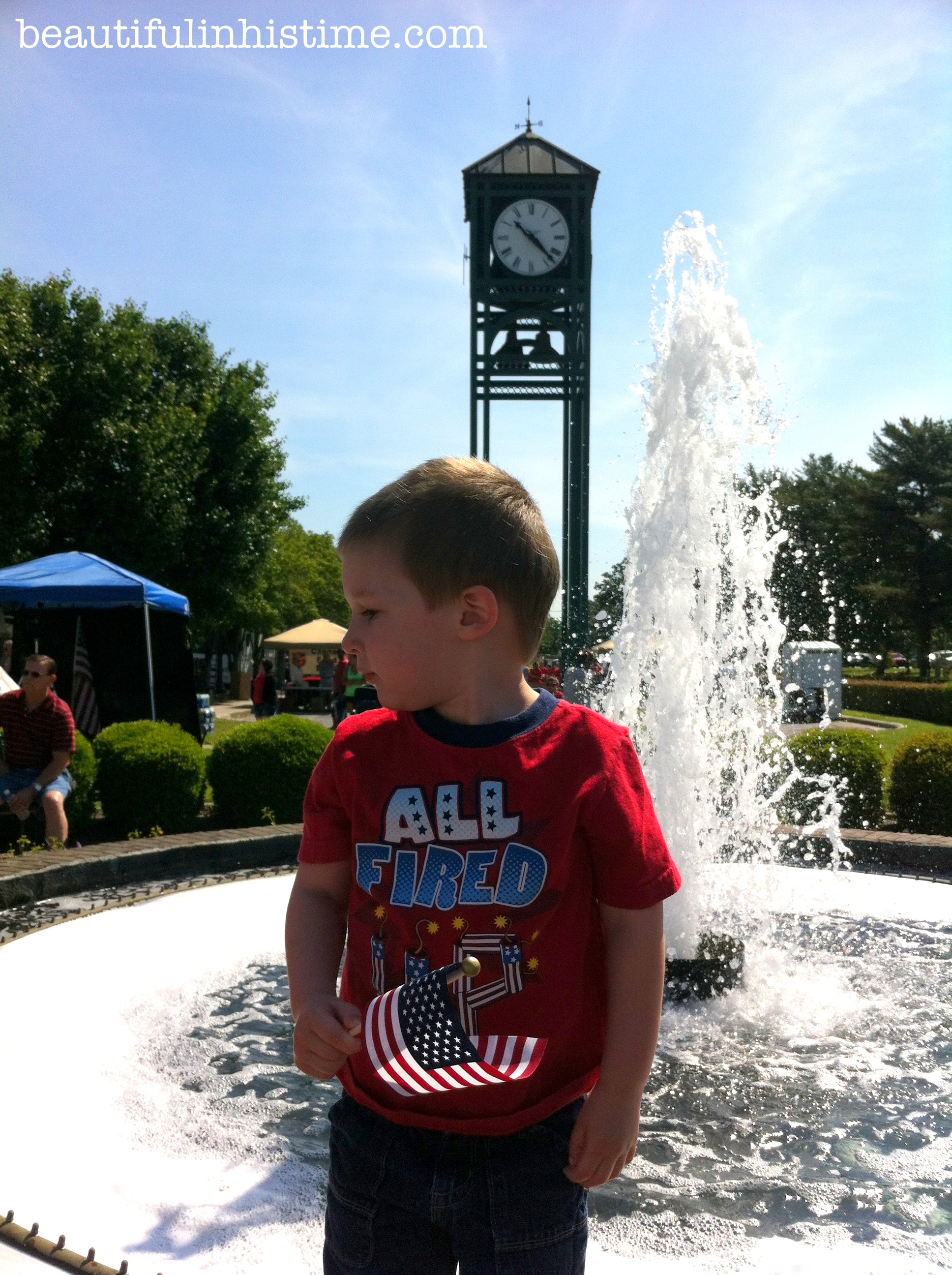 Ezra loved the parade – all the clapping and waving – he was fascinated…mesmerized. 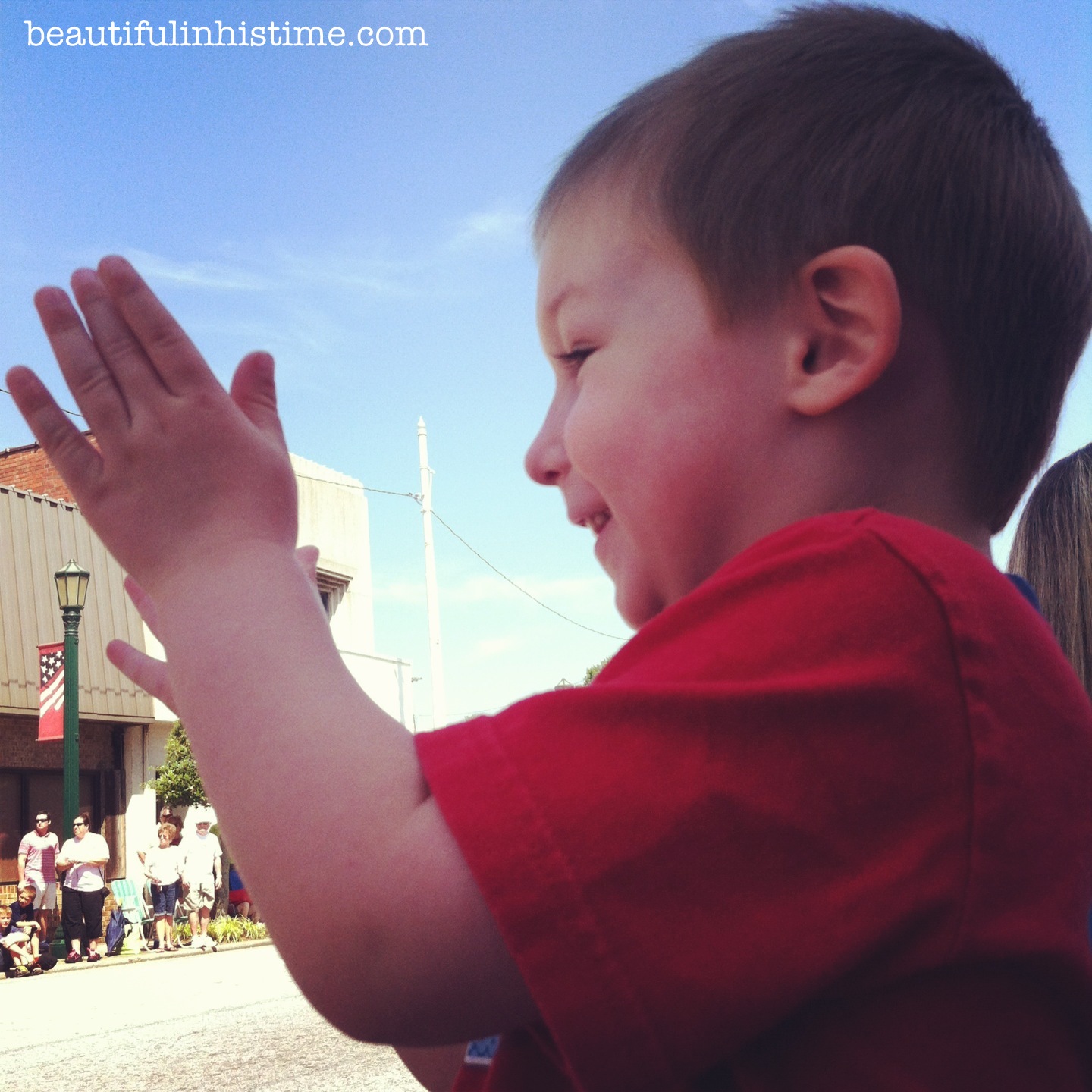 I watched the flags roll by, the different groups of veterans – paralyzed veterans, WW2 veterans, Vietnam veterans. Then came the vehicles carrying Gold Star family members – people who have lost a family member to war. 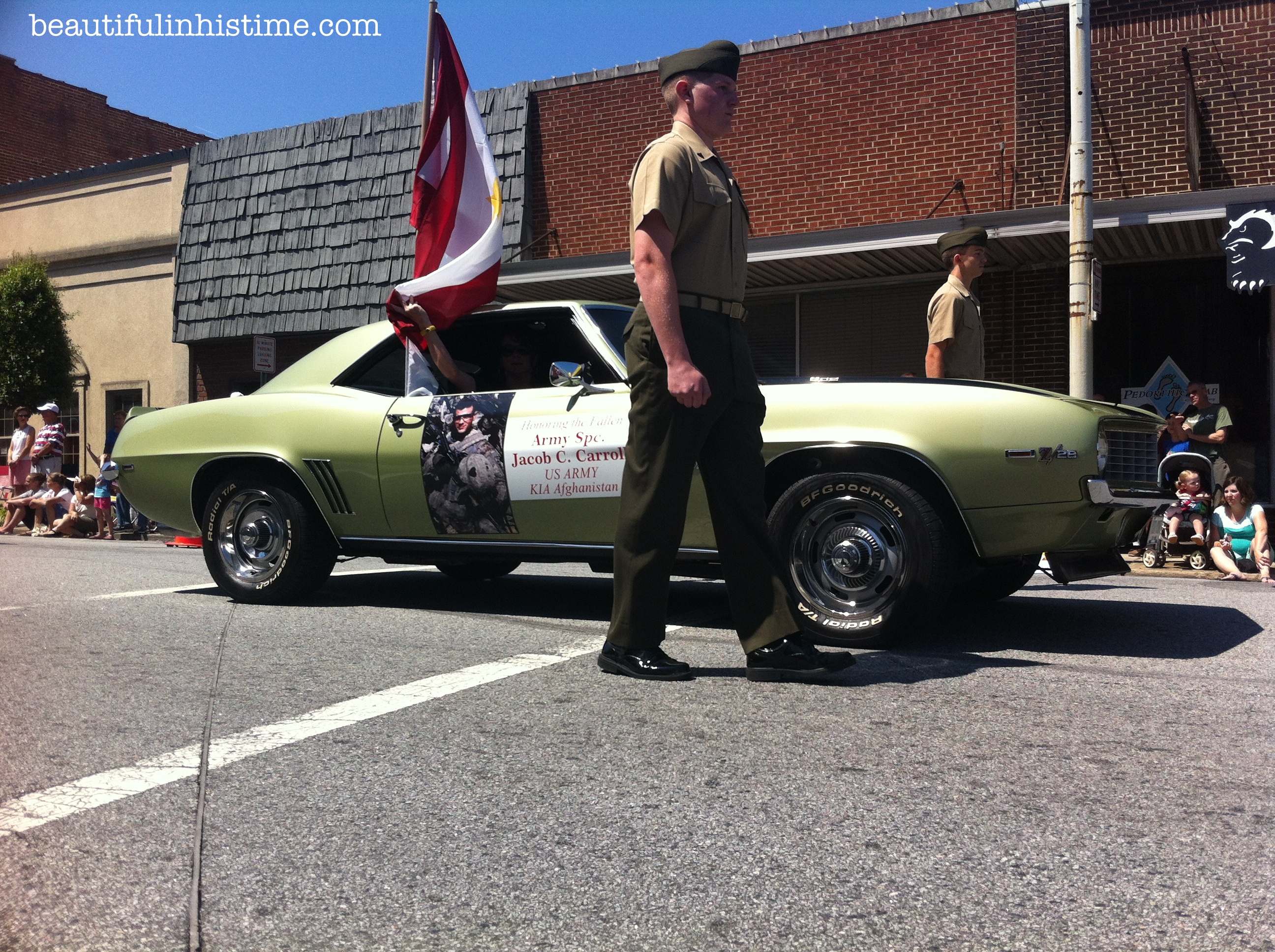 This car brought tears to my eyes, and I was reminded of so many others like this soldier. Soldiers that we knew or knew of who were killed in Afghanistan. I waved to the woman in the car (who looked to be the fallen soldier’s mother) and mouthed a Thank You to her.

Whenever I see a member of a Gold Star family, I wish there is something I can do to let them know that their sacrifice and sorrow is not forgotten. But most of the time, a simple thank you is all that I have the opportunity to do.

There is, however, one fallen soldier that my family has taken opportunity to remember – to memorialize – in a far more tangible way…through our son. 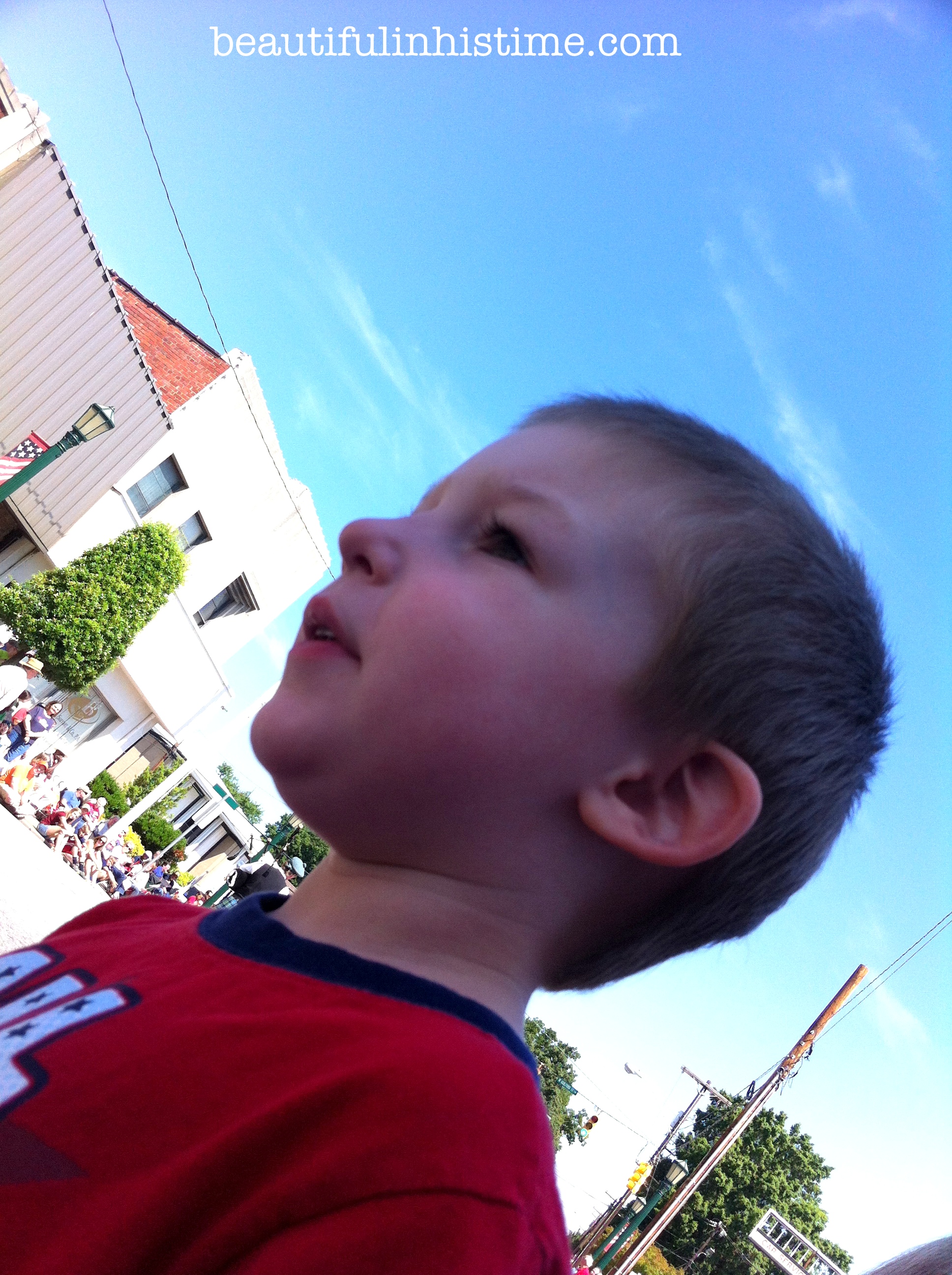 Ezra is named after one SGT Ezra Dawson, a soldier that was killed in Afghanistan during my husband’s first deployment. I never met Ezra, but my husband and he shared a barracks room for about four months. The closest I ever got to him was the day I helped my husband move his belongings out of the barracks and into our new apartment. All I could think of was how glad I was getting my man out of such a place that was sadly lacking a woman’s touch!

Had I known that the other person living there wouldn’t come home from the war they were about to fight, I might have taken a lingering look around at the uniforms and personal affects lying around the room.

Russ hasn’t talked much about how Ezra’s death affected him, but there were definitely tears shed. And immediately Russ had me order a memorial bracelet so that he would always remember, which he has worn off and on over the last four years. 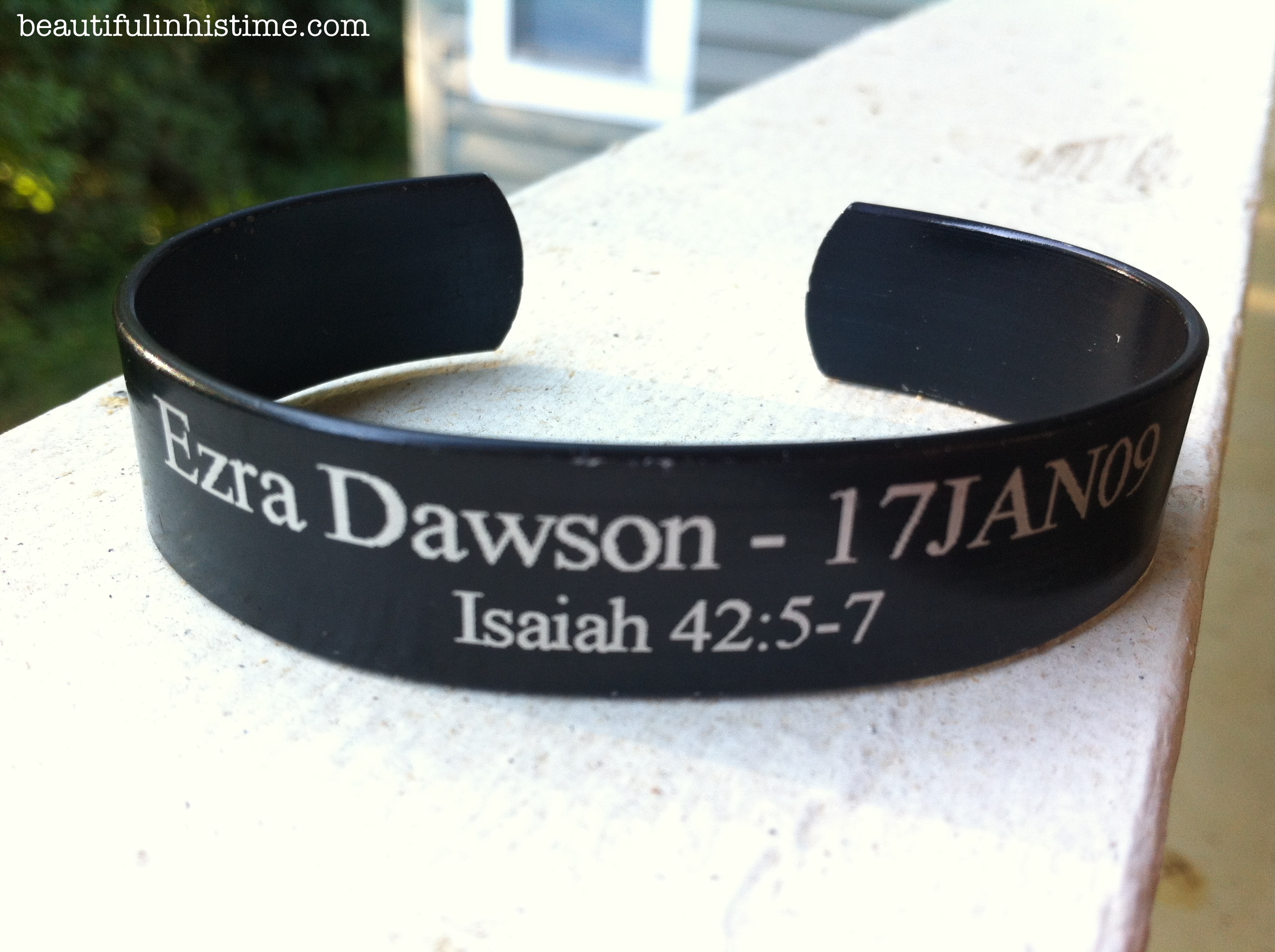 Fast forward a year to the following spring, when my husband and I decided to name our son after Ezra Dawson.

[Written by Russ] Once we decided on the name for our son, I tried to find some way to get in contact with Ezra Dawson’s mother or any family so that I could express to them how much I appreciated him and his friendship. I had tried people who were in his platoon, his company first sargeant, and even through our unit’s official channels to get family contact information, and every time the result was the same: nothing.

I had tried to search for Ezra’s mother on Facebook on multiple occasions, but I was never able to find her. We decided that the possibility of any members of Ezra’s family ever knowing about our Ezra was pretty slim. We hoped to someday take him to Arlington Cemetery, where Ezra Dawson is buried, and explain to him the significance of his name – that some man he’s never met was willing to lay down his life for our country so that our Ezra could live his life in freedom. My husband even hoped that perhaps we could run into Ezra’s family there at Arlington, but the chances of that were so slim, we really didn’t have any hope of it happening.

But yesterday, the day after Memorial Day, I received a personal message through this blog’s Facebook page from Ezra Dawson’s sister:

Hello Beautiful in his time. This is Ezra’s Big Sister. I have been praying to get in touch with anyone who was there with Ezra, My only, little brother, who I admired and loved so much. Im amazed that not only did I find someone but your blog about your son has a special connection to my brother. Im honored that you named your Son Ezra. Im honored that you told your story so beautiful. It seems as it was meant to be.

Im litterly in tears because Ezra was a GIFT to me from God. He is and was my ROCK. His Spirit lives on and your blog is just one of the many examples. Im so thankful beyond words that at this moment I found your Article. Ezra Kurt….the significance.

I would like to speak or at least write to you and your Husband to talk more about Ezra and his time spent in Afghanistan. Thanks soooo much for you, your husband and Ezra Kurt for having the heart to create such a beautiful memory even after my brother has passed on.* 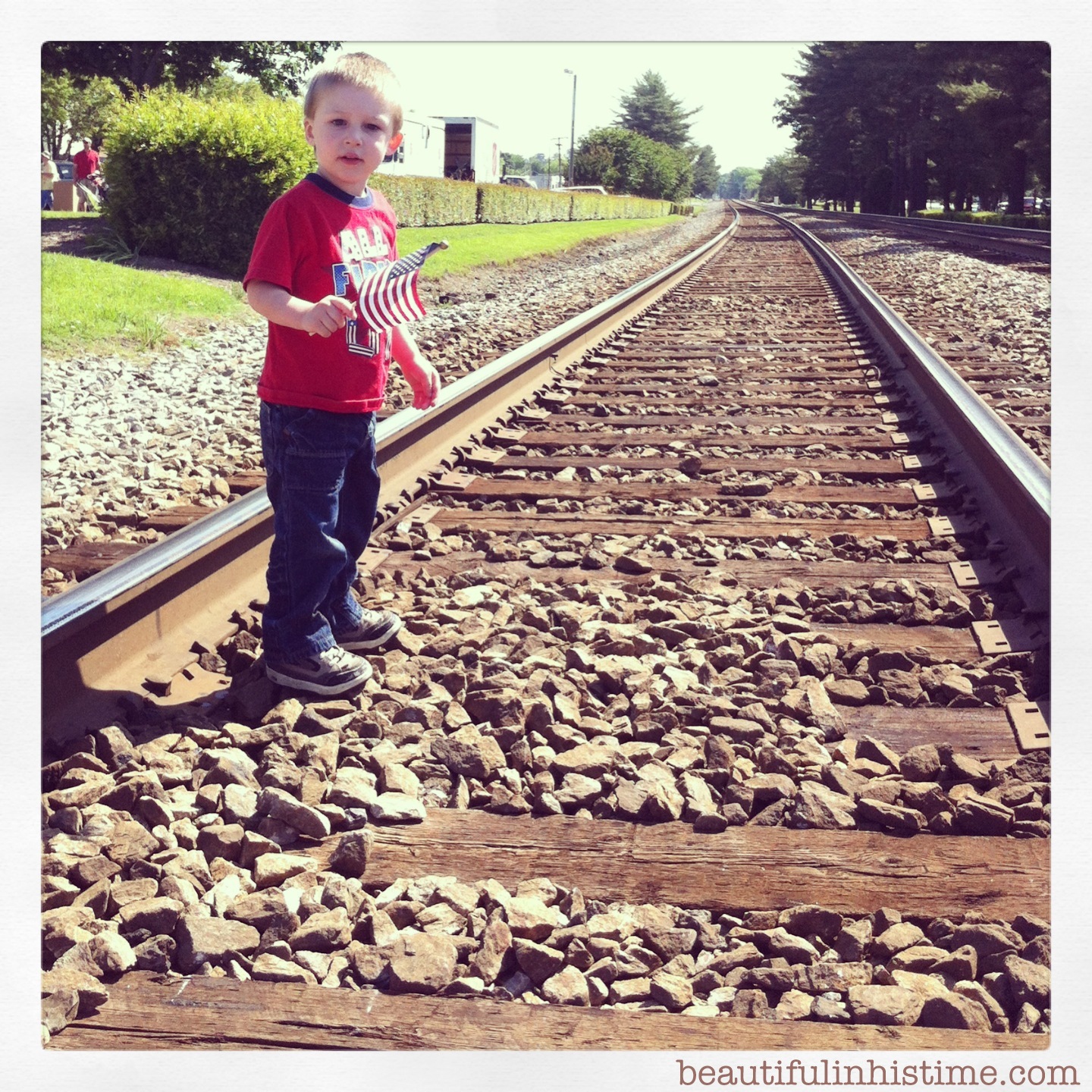 This girl found my blog through an internet search of her brother’s name, which I had added to the tags of the post. The post now shows up on the first page of results – now anyone who looks for information on Ezra Dawson will find that his name lives on in our son.

This is such a huge answer to my and my husband’s prayers! Ezra’s sister shared the information on her Facebook page and the post about Ezra’s name had over 25 new views yesterday. We are so glad that Ezra Dawson’s family is now aware of how we have memorialized their fallen soldier through our son. 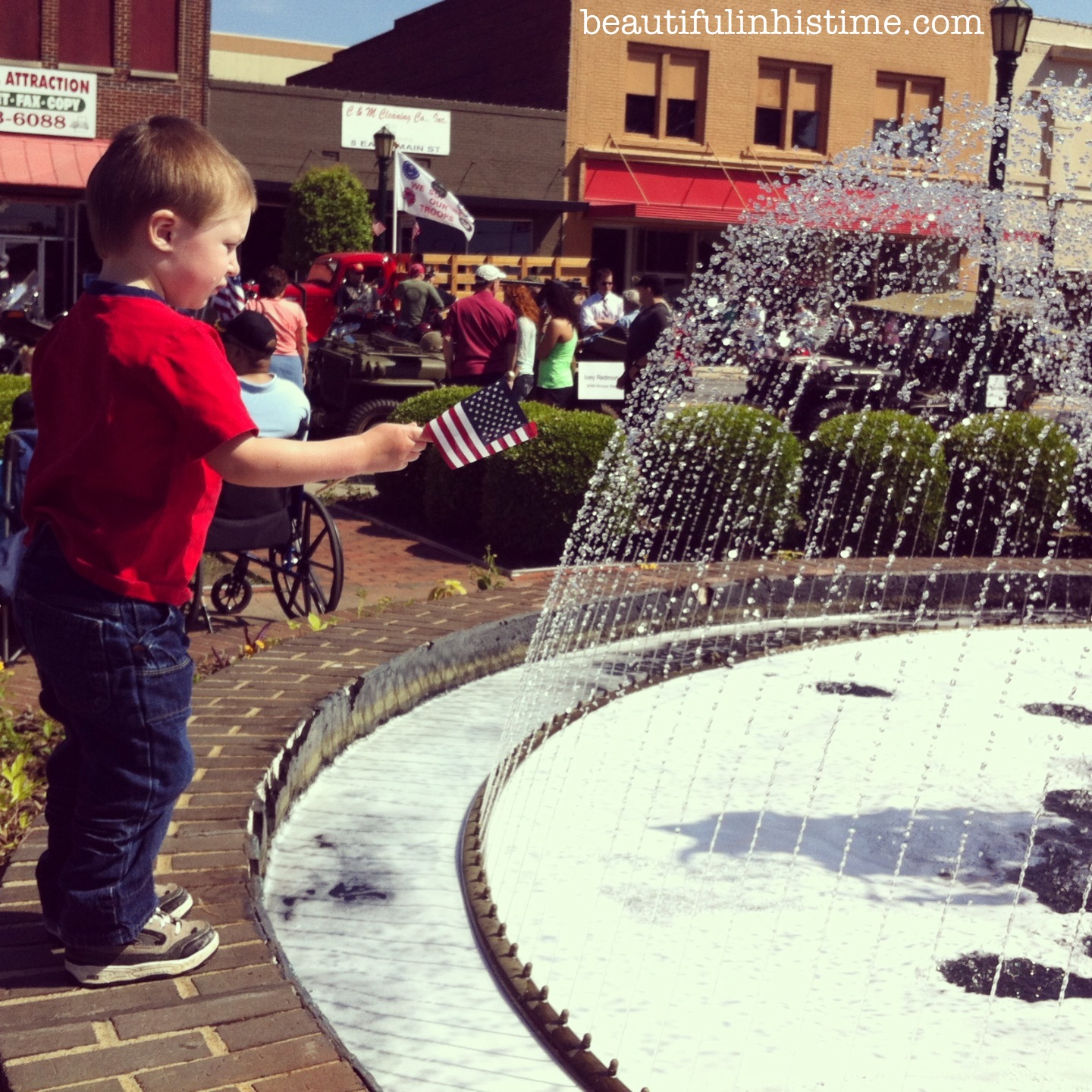 We hope and pray that someday soon we will be able to meet Ezra Dawson’s family in person and be able to introduce them to our Ezra, and we hope that as Ezra grows older, he will always remember the sacrifice that one man made for this country. 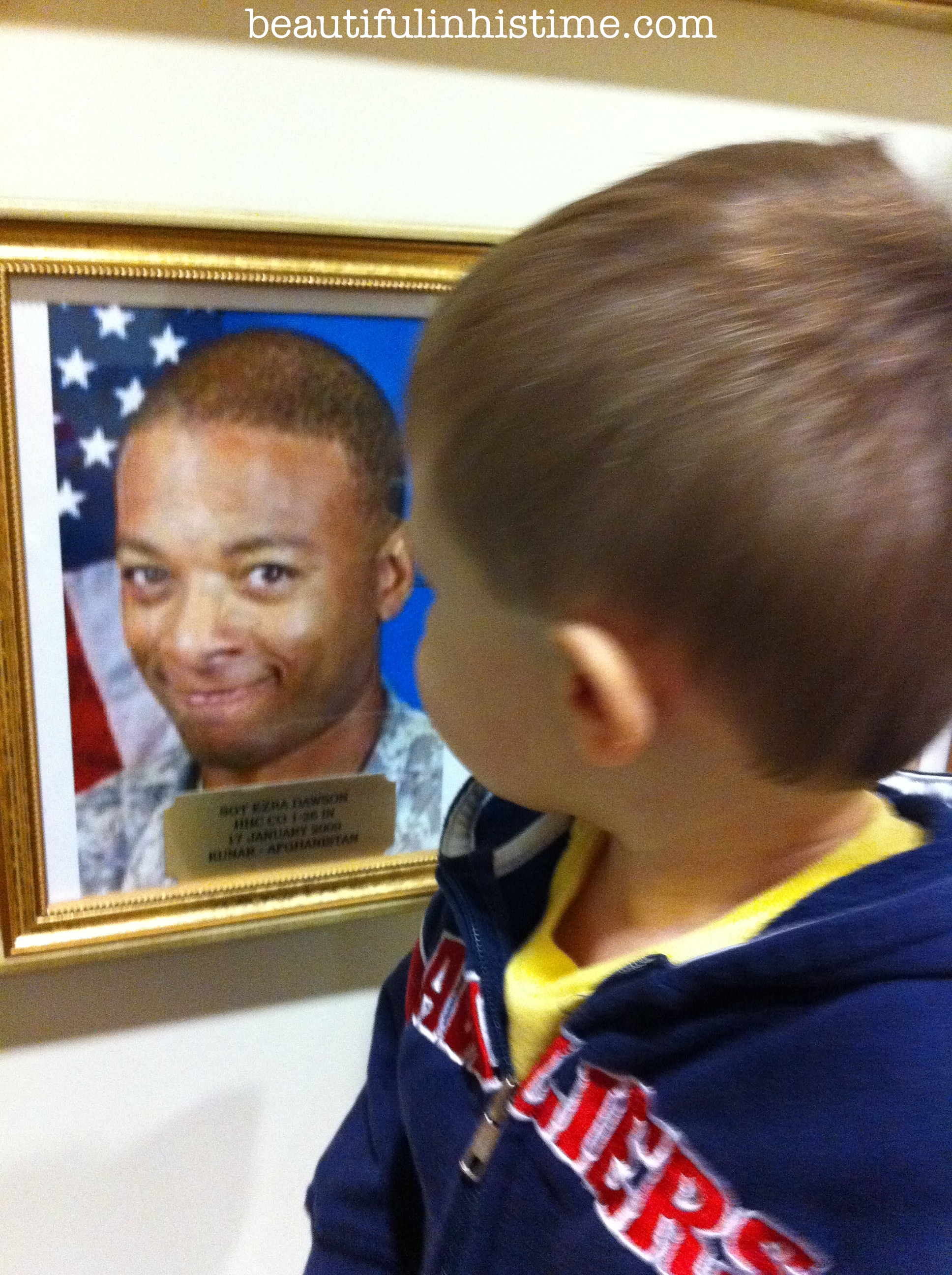 In 2016, just before our Ezra turned six, we were able to visit Arlington on a family vacation to Virginia. We took some time to honor Ezra Dawson and show Ezra his grave.

With Ezra’s behavioral challenges, we had to give him a lot of preparation about what is expected of a place like Arlington. He had a few rough moments, but overall he did INCREDIBLY well at displaying decorum and honor while we were there. He also knelt down and held his hands together as though praying. When I asked him what he prayed, he said, “I wasn’t praying, I was talking to Dawson.” When I asked him what he said, he said, “You don’t need to know.” It was very sweet.

Russ also had moments honoring Ezra Dawson, and in some ways, getting some closure for his time as an American soldier.