It’s within an hour of midnight on the evening of our last official day in the Army. I just finished watching about three straight hours of science fiction television, and even at the lowest setting, this screen is too bright for my over-tired eyes.

I was lying in bed with the remnants of that last episode of Doctor Who swirling around in my head…of alternate realities and the way that one choice of one ordinary woman – the choice to turn right instead of left – impacted the entire universe. And then I remembered again that our last day was coming to a close.

My thoughts then went back to a pivotal moment in my life.

It was the evening before Russell’s Army enlistment date. I was sitting on a bench in the foyer of the school on the campus I was attending college. I was on the phone with him, and his voice was filled with fear.

What if I’m making a mistake? What if this isn’t what I’m supposed to do?

I imagine an alternate, invisible self viewing my younger, far more naive self from some sort of other-dimensional plane. My heart is torn. I want to tell her what’s ahead. What this choice will mean for them.

He had given her veto power. For the briefest of moment the power to change the rest of both of their lives lay within her hands.

I mouth the words to her–but she doesn’t see me–doesn’t hear me.

No. Tell him no. Tell him it’s not worth the damage that will be done. Please, just tell him no!!!

She thinks that God has given her a burden for military life…and yes, He has–that much is undeniable. But within her also lies a rose-colored fantasy of what Army life will be like. She thinks of the honor and the glory, the faded lipstick-covered letters in the pocket of a war-worn uniform.

I know the rest of their story. Because it is my story. There are no alternate realities or parallel universes.

But I still wonder what would have happened if that tiniest glimmer of fear that they had kept them back from making such a huge decision?

What would have happened if he had gotten a “normal” job? If they had married and settled down for a “normal” life?

What if there had been no Fort Hood, Texas or Fort Knox, Kentucky?

What if she hadn’t come face to face with widowed women and wonder if she was going to be next?

What if she hadn’t struggled through her first year of motherhood, alone?

What if she hadn’t had to struggle in knowing how to encourage and love a man who was chronically unhappy because he hated the job he was trapped in?

Military Wife Printable – get it here!

What if there had been no Afghanistan?

Maybe then there would be no struggles with anxiety? No haunting memories? Maybe then her husband wouldn’t struggle with dropping “Army words”…

Maybe her life would be better never having known all of that pain.

But then again, maybe not.

Because this I do know:

Her life would not have the richness that only comes through experiencing the kind of hardship that only Army life brings.

Her marriage would not know the fullness and depth of communication that comes from three long years of separation.

She would probably take her husband for granted.

She would never know the feeling of being held in his arms for the first time in nine months, nor felt the rush of a first kiss that’s not really a first kiss.

She wouldn’t have grown to be as strong and independent. She would have never had the opportunity to deal with everything from her child’s heart defects to the starter on her car going out while her husband was on the other side of the world.

She wouldn’t be as flexible, because she would never have had to experience fluctuating homecoming dates or had to wait for 12-hour-notice phone calls.

She would never know what it was like to get woken up by an instant messenger ding at 3am–and being glad about it.

She wouldn’t be as brave in meeting new people.

I’m sure she would have friends. But she wouldn’t have friends with whom her heart is knit simply because they both share the fears, the joys, and the heartaches of being military sisters. She probably wouldn’t have never met so many amazing and wonderful people. People like Jill, Kathryn, Sara, Patti, Kayla, and so many more.

She never would have co-authored a song with a woman whose husband was blown up…yet lived to tell about it.

She never would have heard of PWOC – and I don’t know if her life would have ever been changed the way it was by this group of women who opened her eyes to the true meaning of grace.

If there were alternate realities–had that young, naive girl made a different choice–and if I were to meet her today, six years later…

I think part of me would thank her.

But another part of me would walk up to her, look into her clueless, untouched-by-war eyes, and say…

Oh, Aprille…you have no idea what you missed out on… 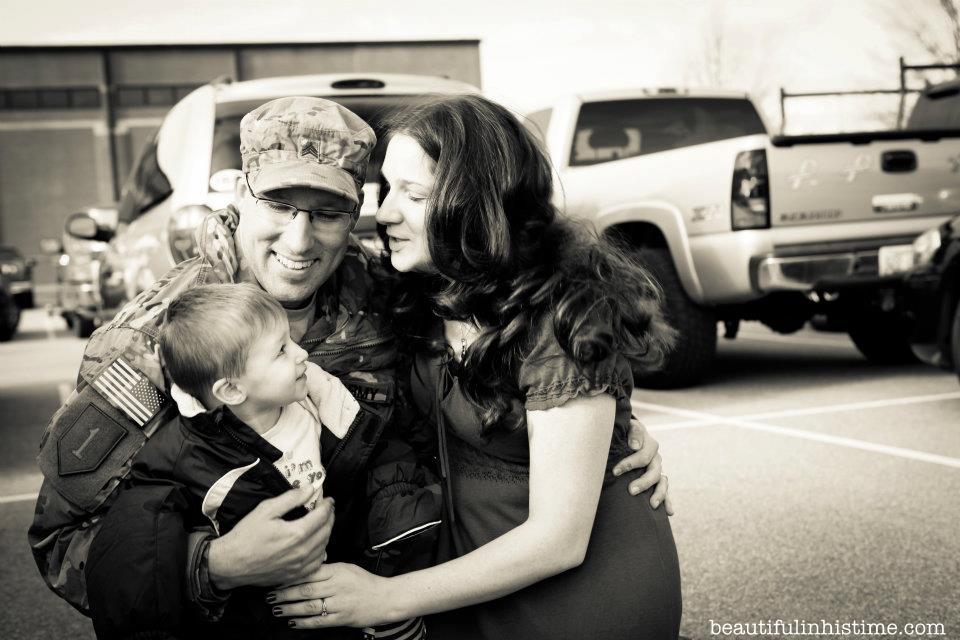