Saturday evening you could have found me in the kitchen with silent tears streaming down my face as I mashed up potatoes for dinner – tears over the miscarriage I had five years ago.

Hormones are a funny thing – and, in my case, their wake has left me crying almost every day. Crying at the littlest things, like the TV shows I watch, the songs our church choir sings, or hugs from my son who just turned three.

Whatever extra hormones (or lack thereof?) that have turned my eyes into a faucet also did some strange things within my body. For a few days I went through the emotional ups and downs of taking home pregnancy tests and vacillating between excitement and sheer terror at the thought of being pregnant again.

So there I was, Saturday, still waiting for an answer either way. Having just compiled a post from “three years of first-time mothering.” Hormones raging, thoughts racing…and it hit me hard.

It was over five years ago the first time I saw the word “pregnant” on a stick. If I were pregnant again, this would be my third pregnancy, not my second.

I’ve been a mom for over five years. Wow…

Sure, the day-in-day-out emotional and physical strain of caring for another individual started when Ezra was born, but this mom was born on a hot June day in 2008 when I realized there was a life within me for the first time.

I stood there in the kitchen and turned slightly, imagining an almost-five-year-old little boy approaching me, running around, teasing his little brother.

Unlike many moms who have miscarried and can say that had that baby reached term they wouldn’t have their rainbow baby, I can say that it’s biologically possible that I could have had both. Likely? No. But possible? Yes.

Ezra could have a sibling right now. An older one.

I could be a mom of two.

And I wouldn’t have to answer those awkward questions about our family size from over-curious people who want to know if Ezra is our only one or if we want more.

Because it’s still strange to say “Yes, he’s our only one,” when I know that’s not entirely true. But most people don’t want to hear about the miscarriage I had five years ago.

I cried hard but silently there in the kitchen for the child that is not. For what could have been. Ezra woke up from his nap and then I went in, scooped him up into my lap, held him tight, and cried some more.

Later on that night it became obvious that another pregnancy was not meant to be and whatever was causing all of my crazy symptoms was simply a hormonal fluke. More tears – tears of disappointment, tears of relief. Shaking my head a bit in anger at the emotional-ness of it all. Stupid hormones putting me through all of that for nothing.

(And just being so daggone glad that once again, the waiting and wondering was over – that we made it through, successfully preventing pregnancy yet again.

And hoping that my hormones level out sooner rather than later so that I can stop all of this dumb crying.)

I’ve never really blogged much about my miscarriage. I had only known that I was pregnant for four days when I lost that child. All I have left is a fuzzy photo of a pregnancy test and some paperwork from the hospital to commemorate the life God created. And then, three weeks later, my husband of four months left me for a year – and I just had to get over it all because I had bigger things to deal with. I grieved in my own way, but I didn’t have to endure what so many other loss moms have. I never had to bury my baby. I just shook it off and moved on.

But some days I’m taken by surprise and, even after five years, it still gets me. 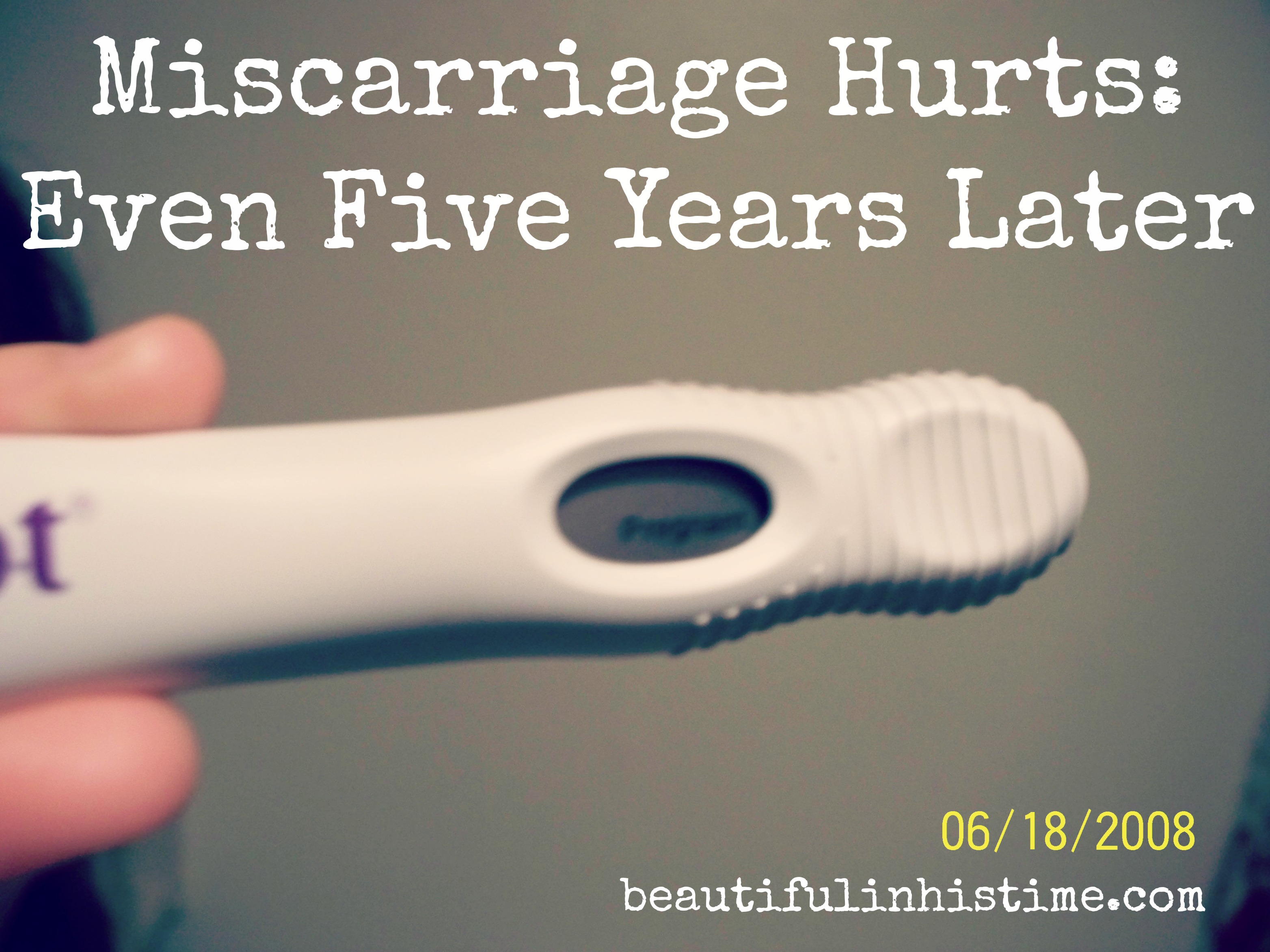