There is absolutely no way that I can put everything that happened at Allume into one post, so instead I will be posting my takeaways from the conference in a series of posts over the next few weeks. To view all of the posts I have written about Allume, check out the landing page for my conference experience. 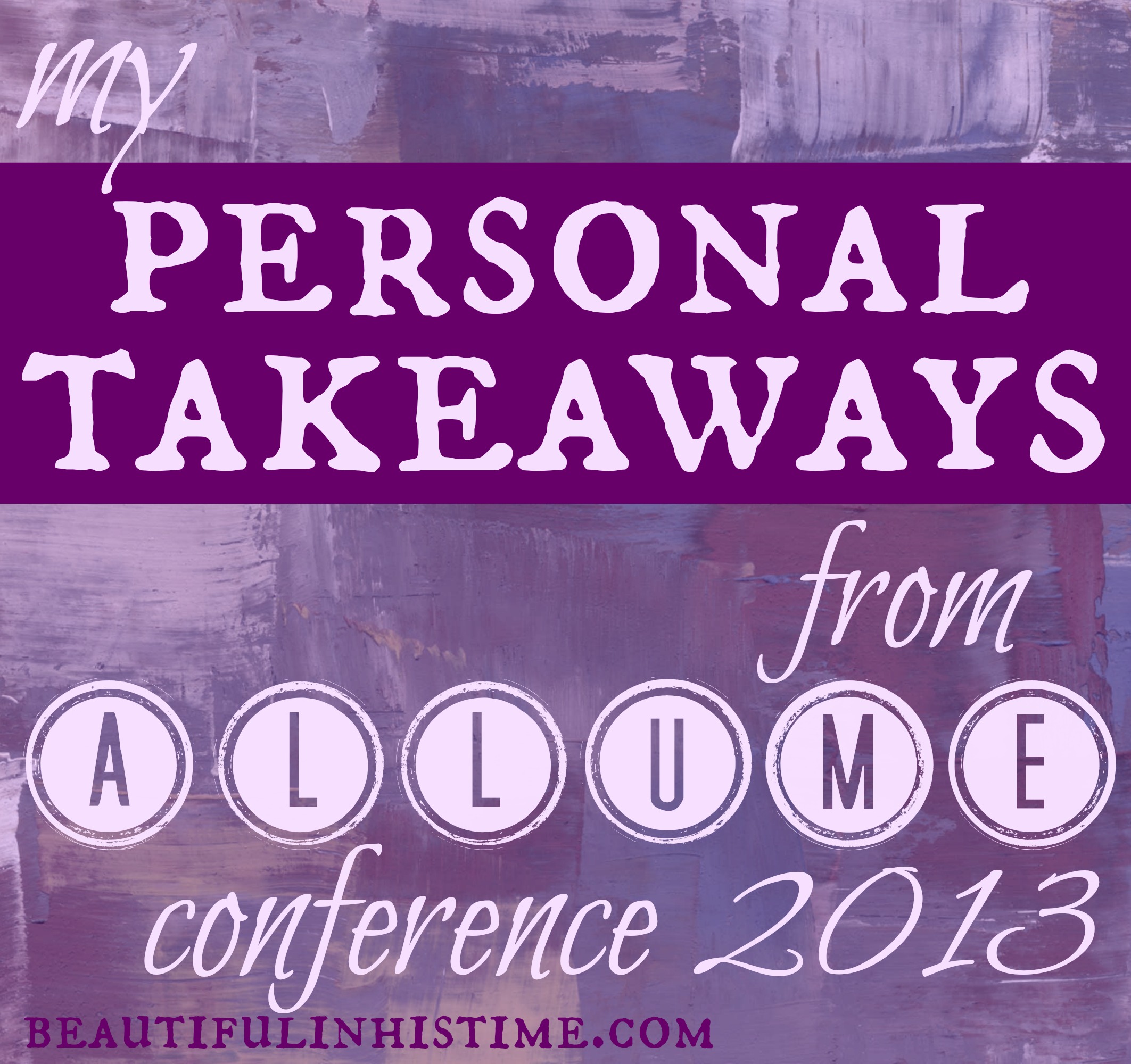 Hers was one of the first faces I saw, as I stood there in the hotel lobby with my luggage in tow and my heart racing with anticipation. I’d seen her face before, in a twitter avatar and blog post photos and even a video spot on the (in)Courage (in)RL conference webcast.

A nervous tap on her shoulder and she turned to face me. As I gave her my name, her face filled with a smile of recognition and she hugged me with the kind of genuine hug that says, “I see you and am so glad you are here!”

While not directly on my list of “people to meet,” this woman I had known of for months, if not years. I asked her if she was going to Allume months before the conference but her answer was no. I was disappointed because I had a vision of uniting military spouses during the conference and thought that she could help me, as she is a well-known military spouse blogger and (in)courager.

I moved on and didn’t think much of it. Just weeks before Allume, the milspouse meet-up that I was spearheading was announced to all the attendees. I found out on Twitter that she actually was going to be attending, so I immediately tried to connect with her again.

Upon hearing about my meet-up, this woman became my biggest cheerleader. She tweeted about it, blogged about it, and used her (in)couraging super-powers to make me feel like my “eh, whatever, no big deal” idea was actually a big thing. She wasn’t sure she would be able to attend because of her responsibilities with (in)courage that evening, but she promised to stop by and say hello.

I was prepared for her to make a courtesy appearance at the meet-up, but what she did went above and beyond simple courtesy. While she didn’t share our meal, she shared her heart with us – speaking to almost every woman present individually. 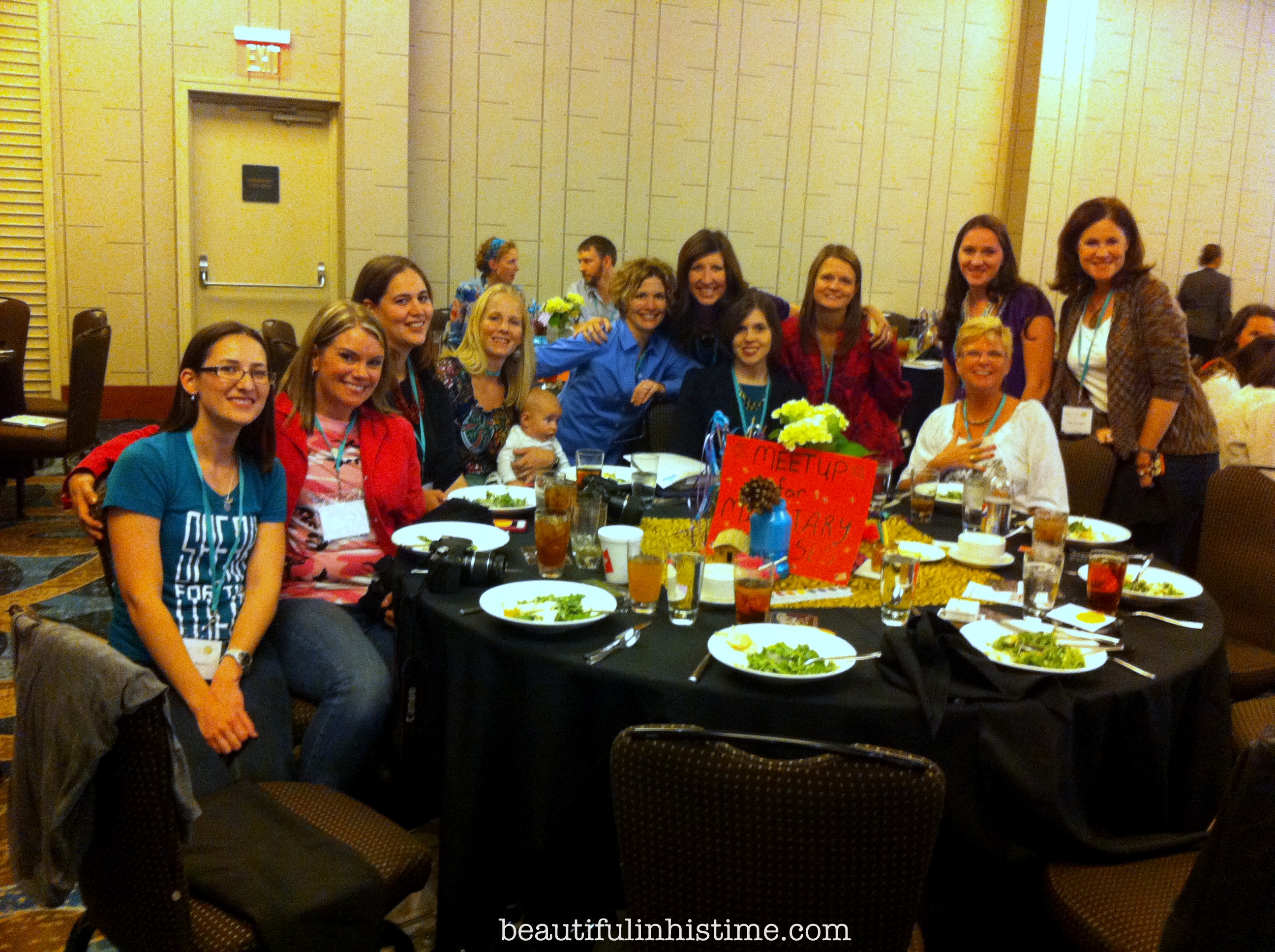 And then she knelt down next to me, asked me questions, and got to know me as well as anyone can in a ten-minute conversation. She encouraged me and promised prayer for me regarding some of the situations I shared with me. I felt understood and noticed and cared for.

After that, every time she passed me – she stopped and took the time to check in, make sure I was doing okay and to find out how my conference experience was going.

She hugged me multiple times and asked me to take a picture with her. 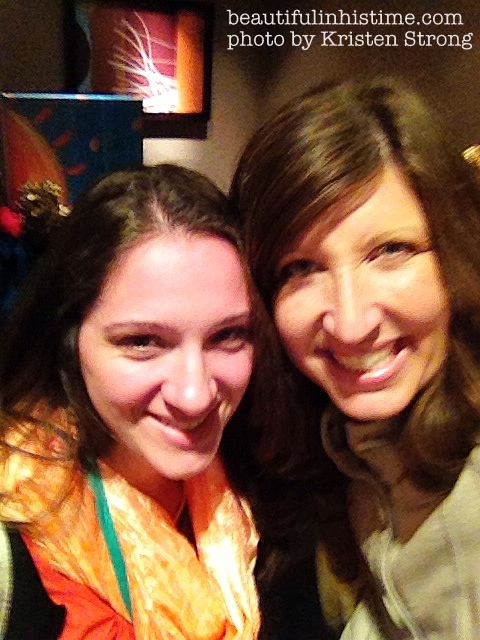 She made time for me.

Choosing the one beside me

When your love for your spouse is depleted

Love in the Deep End: A Star is Born