In case it wasn’t obvious, yesterday’s post was really difficult for me to write. I cried almost the whole time I was typing. But it was very pivotal… the determination to “choose joy” during this holiday season was cemented in my spirit with each tear that I shed. I published the post, got off the computer, and cuddled with my husband while we watched a very dumb, slow-moving, disappointingly-uncheesy, romantic movie on Netflix. And I chose to enjoy it (even though I rated it 2 stars)…because it was time spent with him.

Then we got out of the house as a family.

Russ had to stop at Best Buy for something and I needed ornament storage boxes. Best Buy didn’t have what he needed, so we had to go to Radio Shack, which was in the mall. He went into Radio Shack while I stayed with Ezra in the play area, where he actually had a blast playing, instead of keeping me out of breath by running out the entrance and giggling while I chase him down (as is his usual behavior). I sat there thinking about how much he has grown in relation to all of the play-things, as I started bringing him to this location before he even started walking. Wow, now he’s the child climbing to the top of the pyramid and sliding down like a big boy!

I pleaded with him. “Can’t we stay a bit longer? He’s having so much fun, and he rarely plays here like this? Let’s let him run off some energy before we go back home?”

Russ agreed it was probably a good idea. He told me that I could go shop if I wanted.

“Well, I suppose I could go down to Bath and Body Works.”

I took off, breathing in the alone time.

I entered the store with a smile and chatted with the sales lady. “What kind of specials do you have going on today?”

I only enter Bath and Body Works about once a year. I purchase my favorite perfumes and body sprays and they last a very very long time. The stuff I bought last year? I still have half of the perfume and the body spray is finally almost gone. I don’t need to go more often, because I just don’t use it that much…except for the bubble bath which runs out in about two weeks. But that’s a splurge, not a necessity, like the perfume is. (Ask my husband…)

They just happened to be running a buy-three-get-three-free special.

There’s nothing quite like getting over $90 of merchandise for $55 to put you in the Christmas spirit, especially when your favorite body spray now comes with sparklies in it. Yes please!

I arrived back at the play area, helped Ezra put his shoes back on, and he asked “Where’s my present?”

At first we were puzzled by this. But I was carrying a gift bag, and he had seen it. And since then, he’s been asking “Where’s my ____?” for pretty much everything.

We went to Walmart and were about to the door when Ezra heard the bell from the Salvation Army stand. “Where’s my bell?!?!?!”

The workers were kind enough to let Ezra ring the bell for a few moments. He loved it. Then he got to put money in the bucket. He loved that too. It was such a precious, Christmassy, joyful moment.

Russ took Ezra to “SEE BIKES?” and I wandered around trying to find ornament storage boxes, only to find out that they don’t carry them until just before Christmas or right after. Huh…that helps me…not.

But I splurged in the holiday section and bought a star for our Christmas tree. We’ve used this tree for three years and never put a star on it. I don’t really know why. A nice star is only like $10…but it never seemed a priority before. This year, I needed it. Another glimmer of hope…another reminder to choose joy. 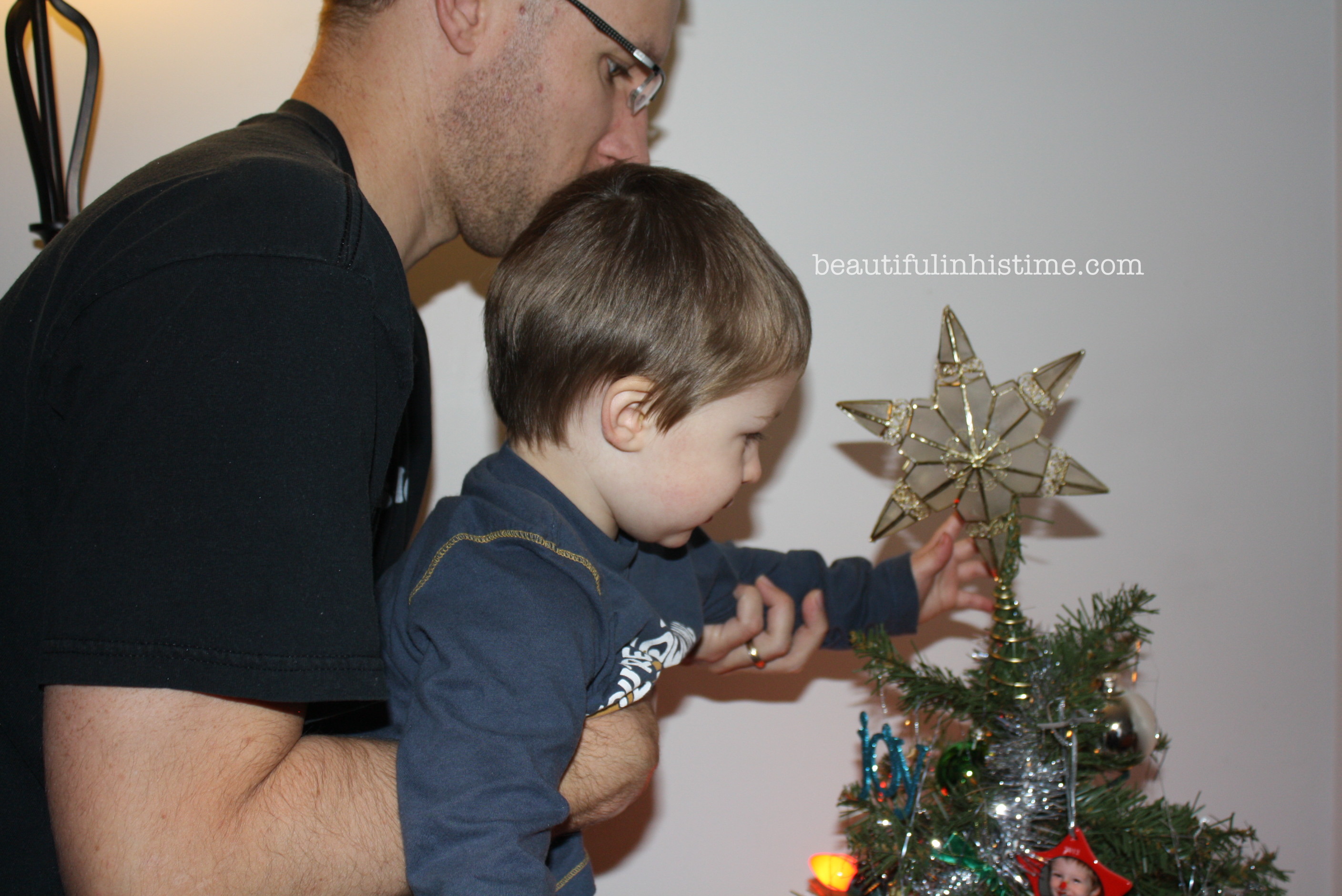 Some blue sparkly Christmas cards with the word “JOY” on the front caught my eye. I was this close to buying them. But then I thought about all the work involved in sending out cards, and I decided I would pass. I don’t need more work and stress. I need rest. But they were very pretty, so I enjoyed them on the shelf.

We were about to leave when Russ saw Angry Birds slippers. Ezra likes “angrr birds,” because he watched Gramma play back in October. So we splurged. And he loves them. 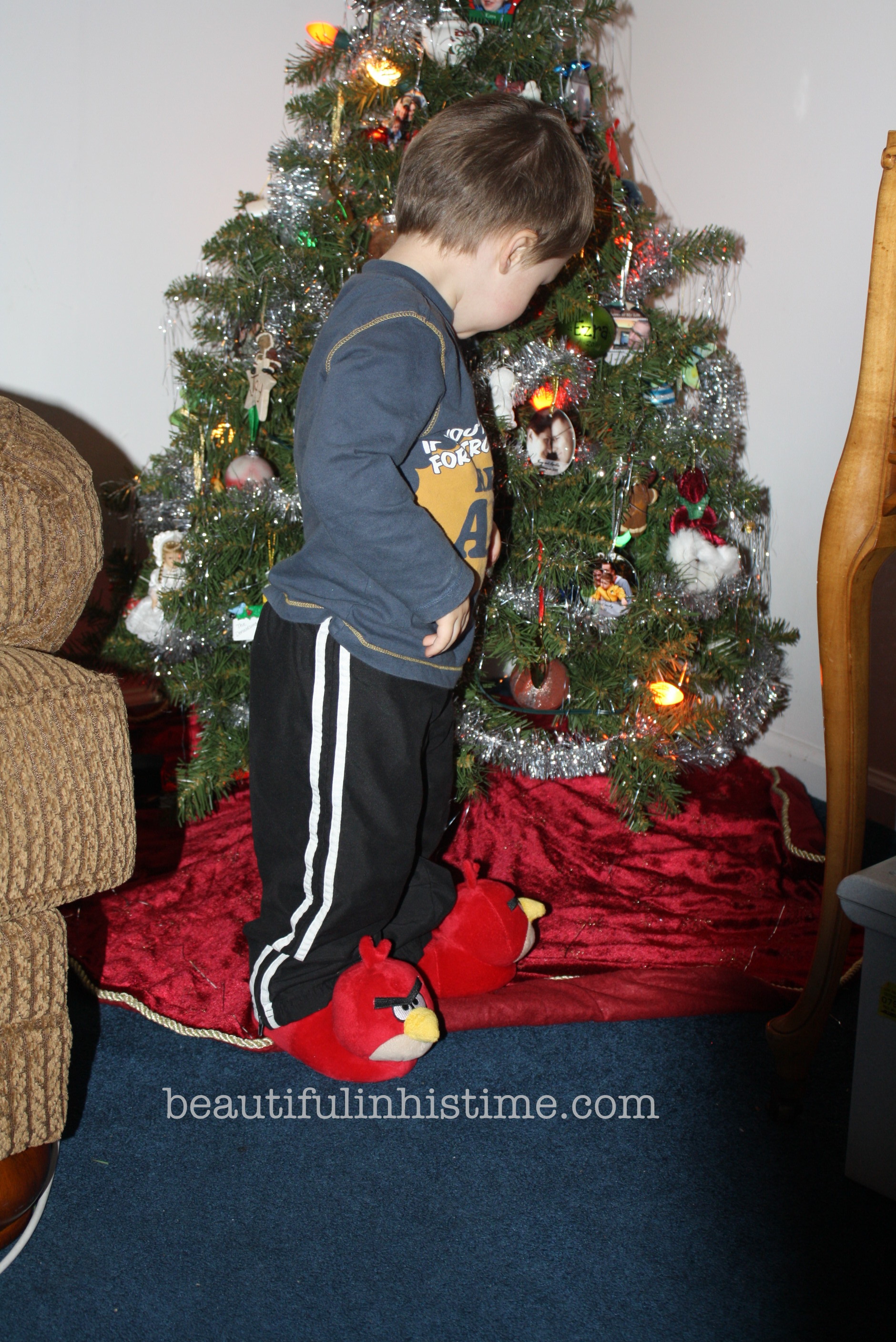 We stopped at ChickFilA Drive Thru on the way home. Got into the house, put the star on the tree, tried to get Ezra to slow down for a few pictures of his slippers (the one above is the best we could do) and then relaxed the rest of the evening. 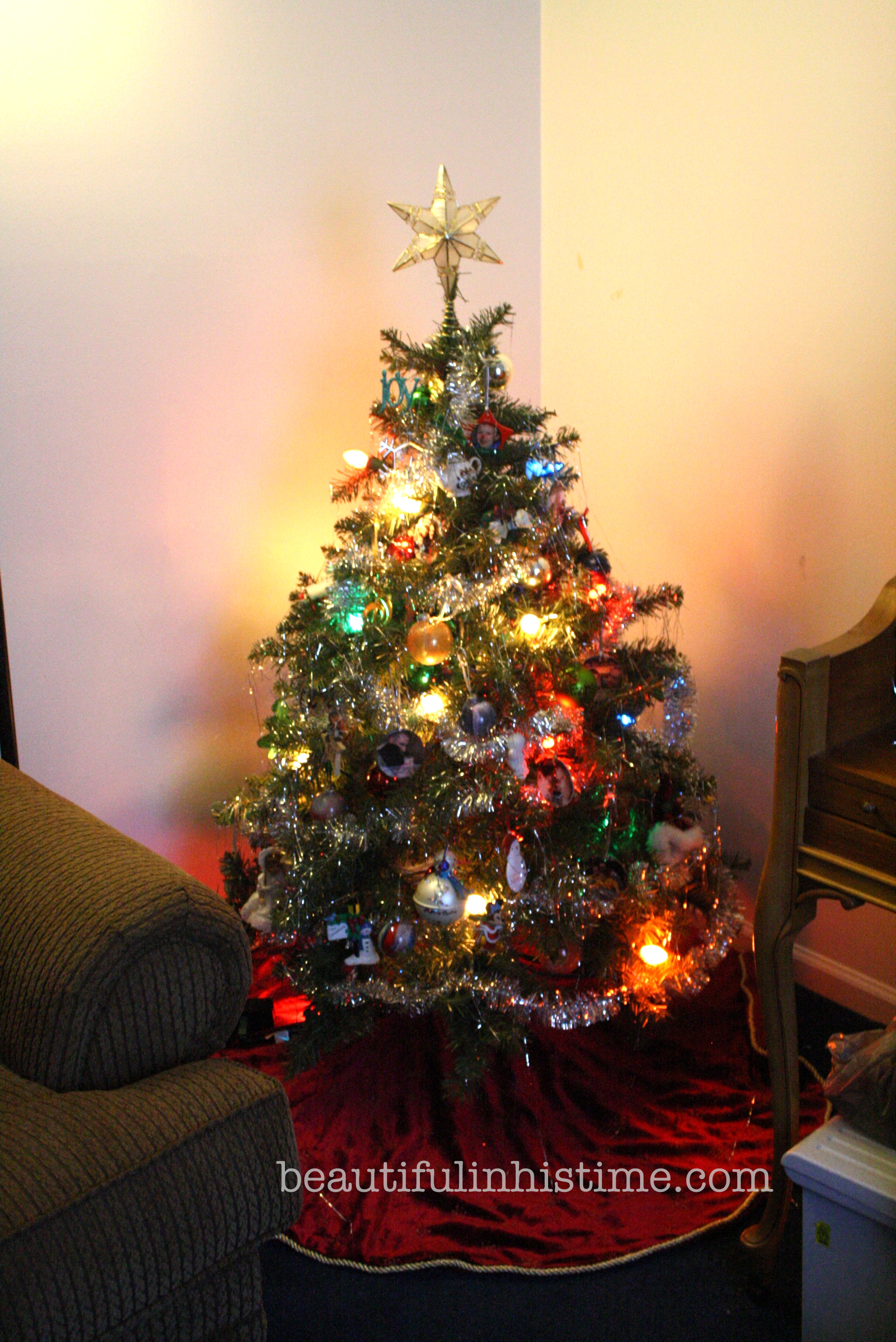 Russ played “Angrr Birds” with Ezra while I did photo-editing and drank a peppermint coconut milk mocha. 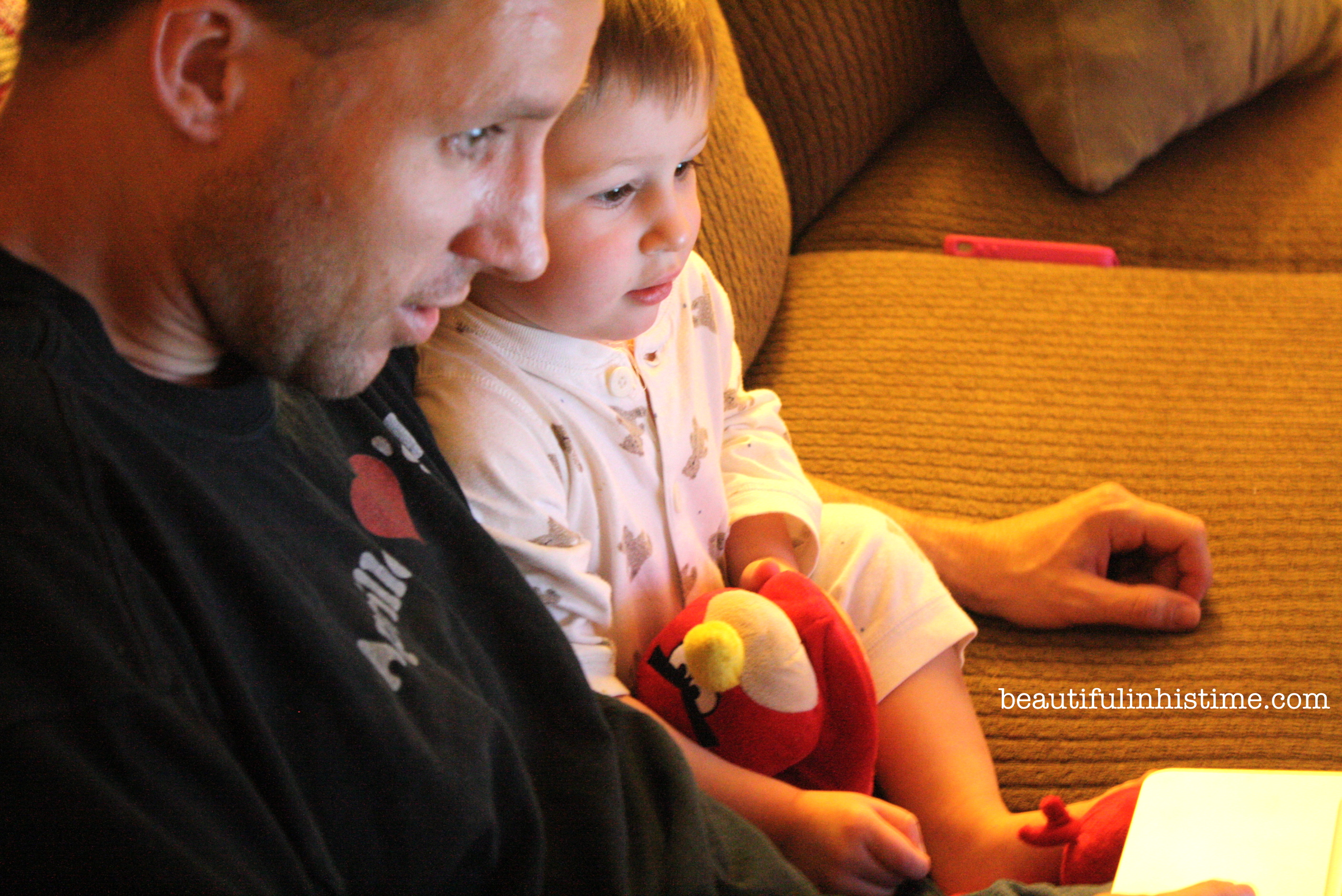 Then I made him one too: 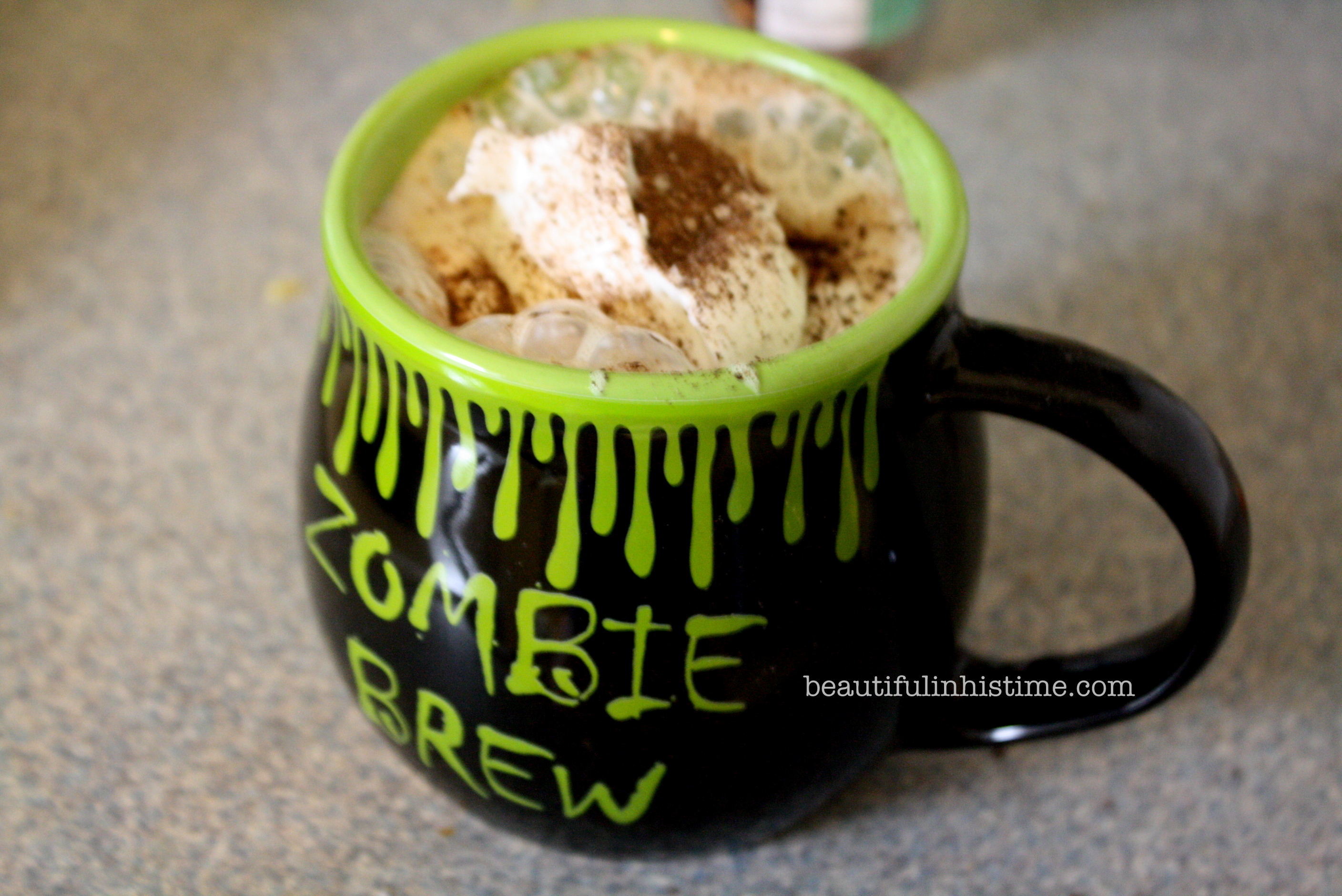 I spent a little while playing Santa–laying out gifts for wrapping, hanging stockings, and seeing how many gifts I had for our countdown-til-Christmas calendar. 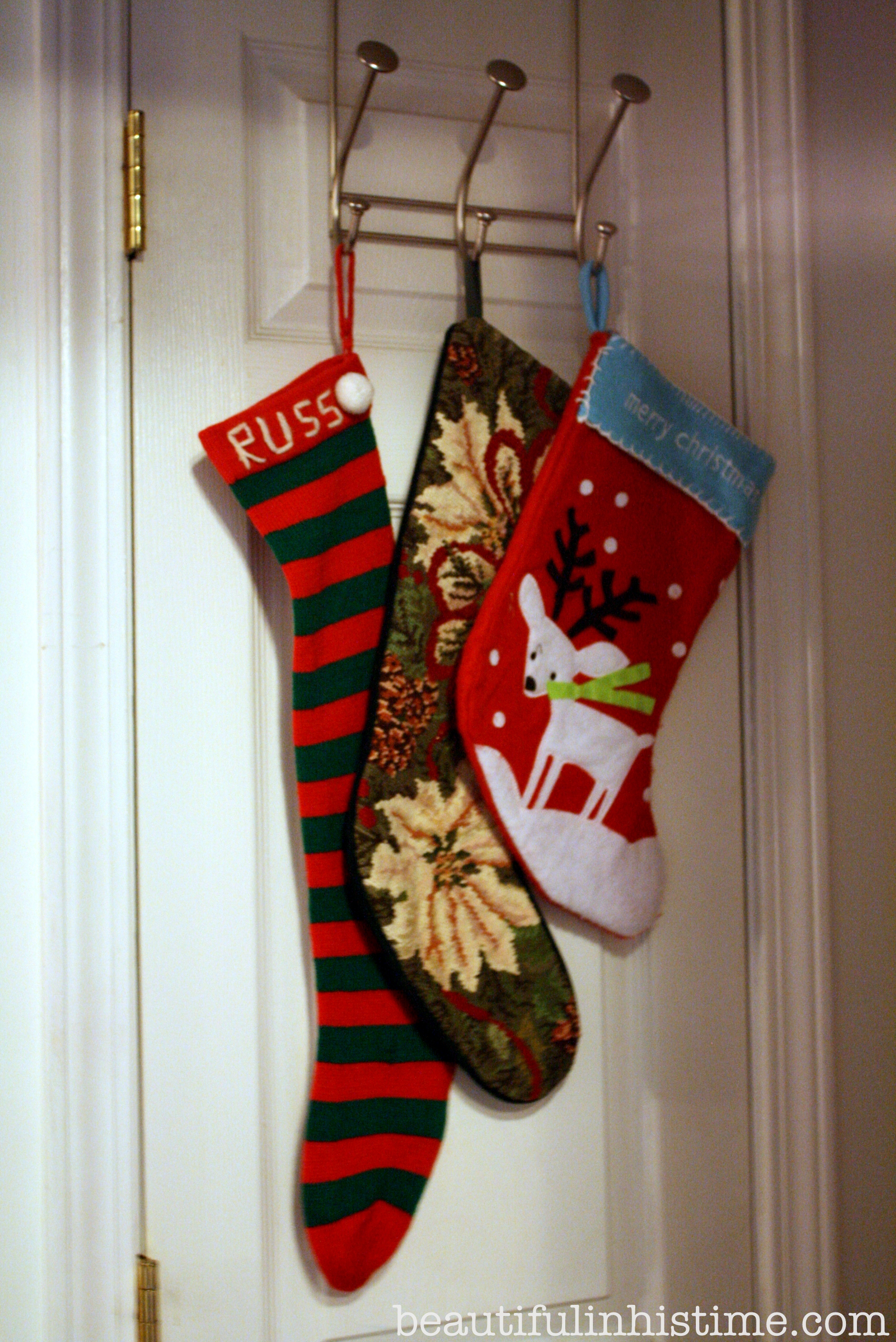 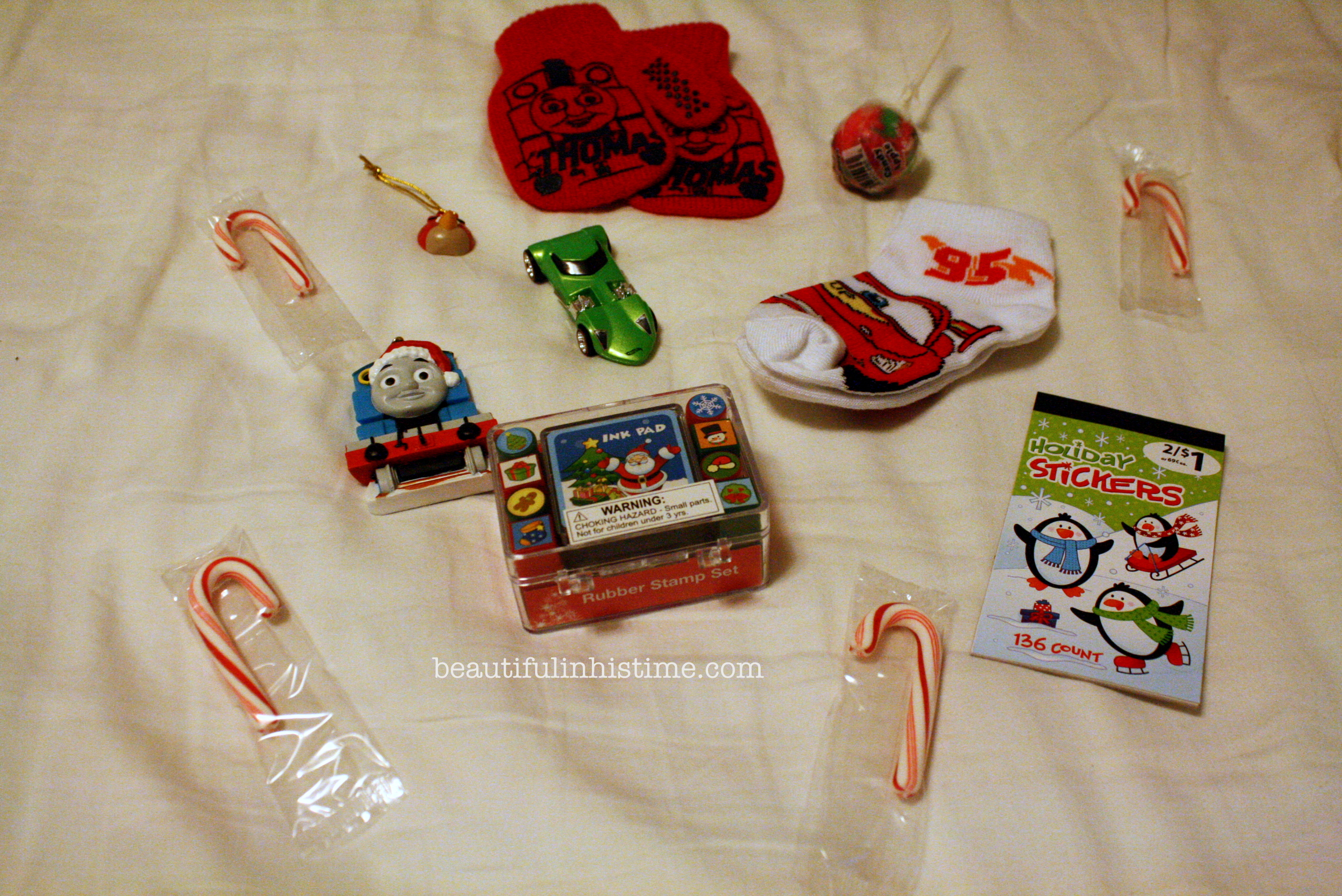 I was the best afternoon and evening we’ve had in a long time. On the way home from shopping, I held Russell’s hand and murmured to him, “It’s times like these when I really feel like we are going to be okay.”

The splurging, the bustle, the hustle, the gifts, the giving, the decorations…it was just what we needed. Some true Christmas joy in the littlest of things.