At 10 weeks in the womb he was running and kicking and moving his little arms. A little fighter.

At 27 weeks, he would push his butt into my ribs. I would gently pat him in hopes of moving him. Finally, I took more aggressive measures and physically moved his whole body back into the center of my abdomen. He moved right back and pushed that butt up even further.

Then, it was time for his grand entrance. But his size combined with his tenacious determination to stay on my right side, it was impossible for him to be born without a slice across my stomach.

He was born at 10:32 PM. And all night long as I tried to sleep, he made small mewing noises from his bassinet next to me. Sleep wasn’t for him. He was ready to take on this big bad world.

Unless you meant eating. Because that wasn’t for him. No, he would rather scream and flail. For three weeks he fought. He fought hard. Then, with the help of four lactation consultants and a lot of tears and persistence, finally it made sense to him.

And once it did…

He loved nursing so much that it was all he wanted to do. He still didn’t want to sleep. He wanted to nurse. All day, all night – every day, every night.

When his teeth started coming in, he refused to teethe on things. He didn’t want anything in his mouth (well, except for Mommy).

It took him 16 months to begin to eat solid food. 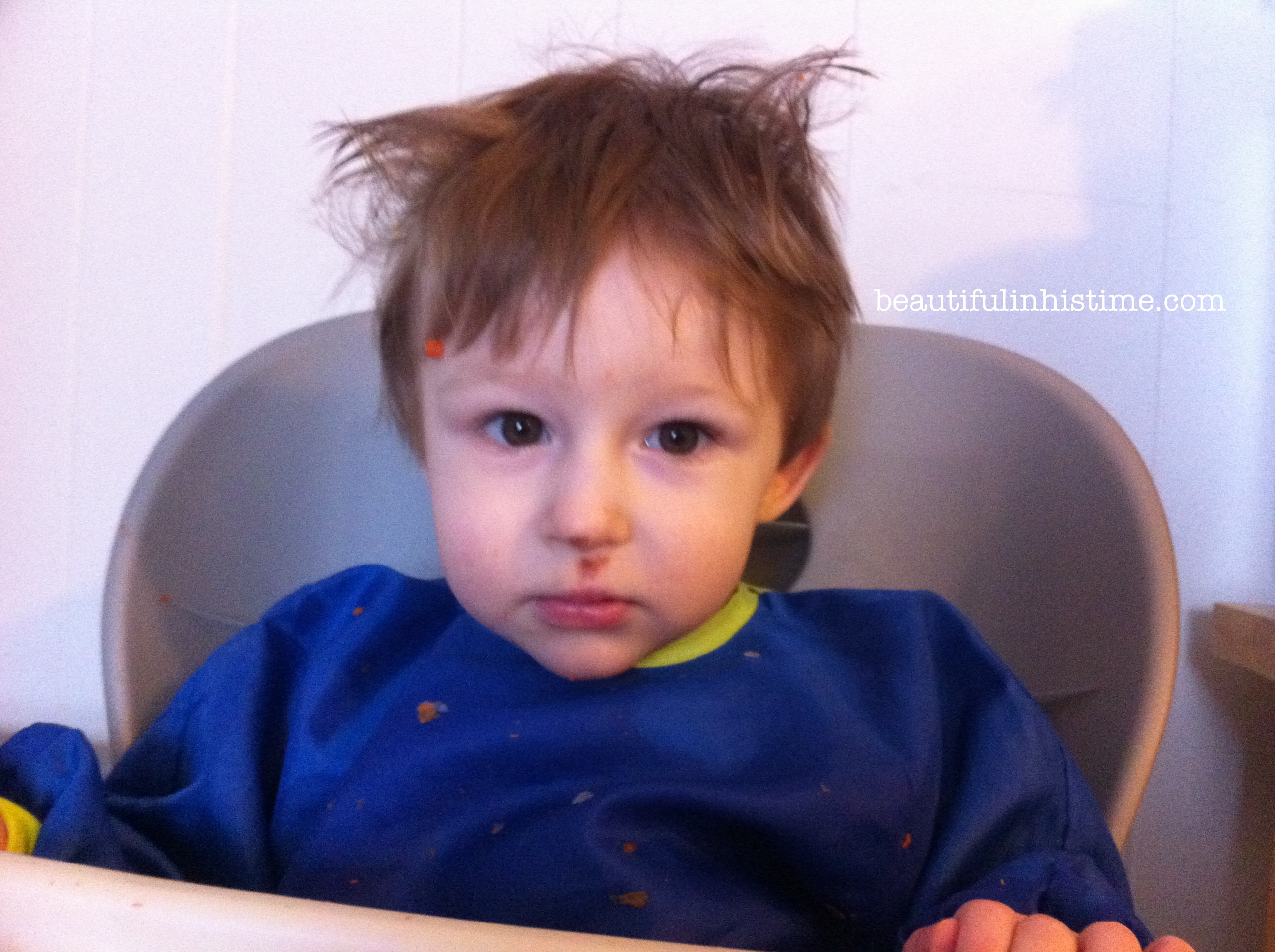 At nineteen months, he finally decided that sleeping wasn’t all that bad – now that all his teeth were in.

So he looked for the next thing to fight about – to learn the hard way.

My mind raced back over the last 4 years – I couldn’t think of one age that’s been easy.

This was my reply:

“This one is on a mission to do everything the hard way. He is a fighter.” 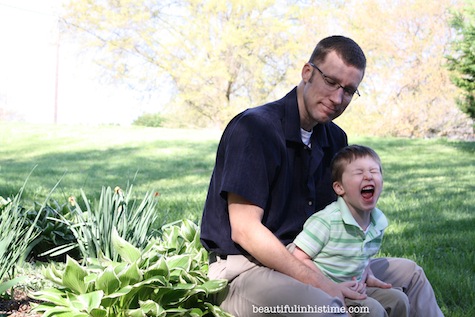 Yes. He walked at 1. Talked at 1. And academically and intellectually is on a level beyond his age. But from my earliest recollection there has always been something he has been struggling with.

Last night he pooped in the potty. He jumped down off of the toilet and said, “It’s easy to go poop this way!”

I wish I could say that I came up with some magic answer to get him to nurse, eat solids, sleep through the night, or poop in the potty. But I can’t.

Sure, there’s been persistence and faithfulness in doing the mom thing. 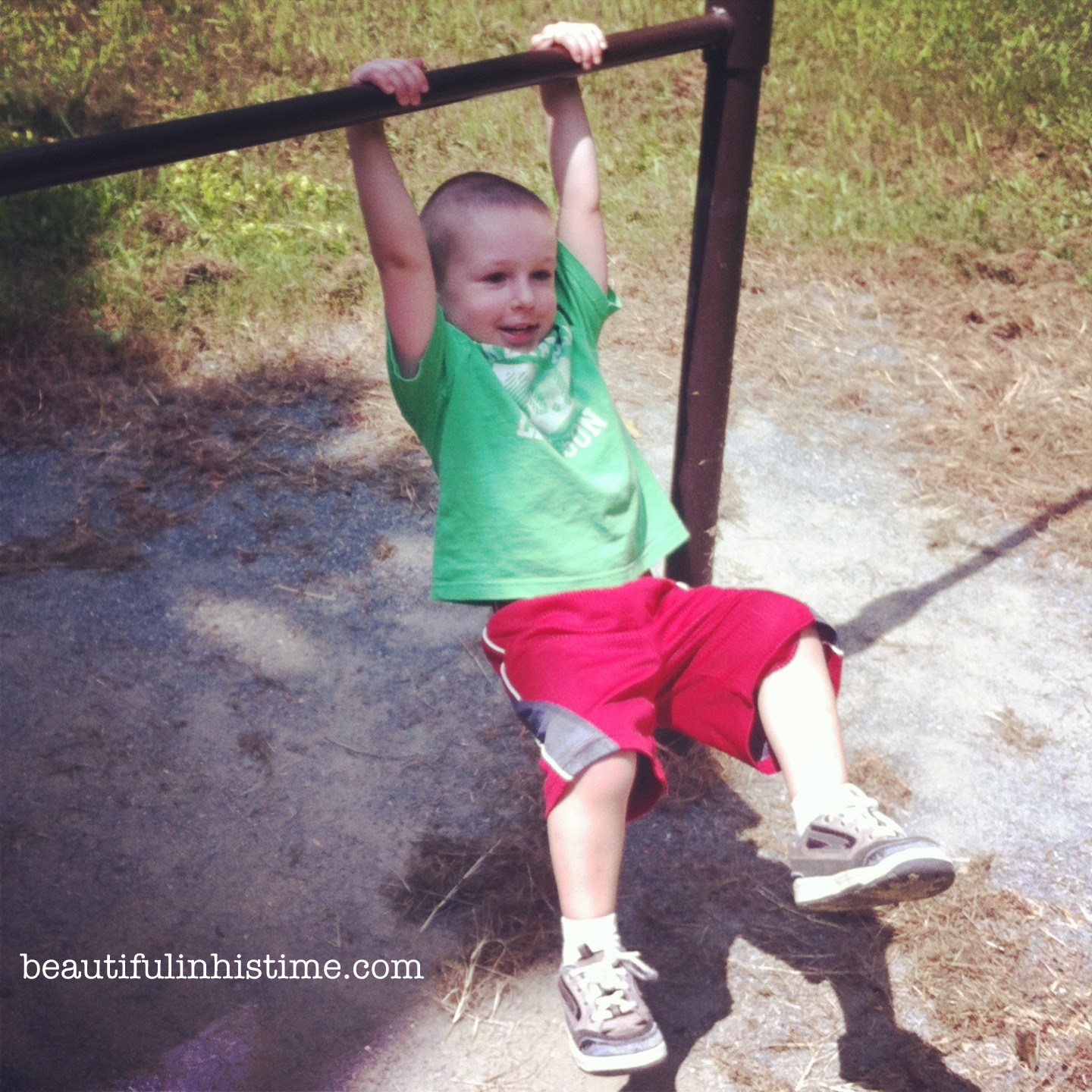 If I had the answer as to why – then he would know how to ride a tricycle, how to not wake up at 5:45 AM, how to stay in his room until his clock is green, how to not run across the kitchen and bash into me at full speed, how to not hit me or pull my hair when I put him in his car seat, how to not spit at his friends and teachers at school, and how to not have a full-on tantrum every time we try to discipline him.

But he doesn’t do any of those things. Because he’s still a fighter. Because he wants to do things his way – the hard way. The way that takes months and months (or years and years) to conquer skills.

Maybe you have a child like Ezra too. Maybe you can’t think of a time when he or she has been easy. And maybe you are exhausted from the fight.

Can I encourage you today?

Your child isn’t the only difficult child.

And you aren’t the only momma banging your head against the wall trying to get him to do this or that or behave this way or not do that bad thing.

Yesterday, at Moms group, the speaker said this:

“The days don’t always make sense…but the decades do.”

Somehow, that washed over me with a wave of relief. Because I can look back on the last four years and see the fighting and the struggle but I can also see the triumph and taste the sweetness of victory. And that’s just four years. So I’m sure that by the time Ezra is ten or twenty, things will make a lot more sense.

I have the feeling that Ezra is always going to be struggling and fighting on something. I think that’s just the way he is wired and I’m learning to accept that.

So right now, I’m trying to embrace love in the struggle. To breathe a lot of deep breaths knowing that this is just a phase (a really long phase) and this too shall pass (eventually) and, as my grandfather always said, “It will get better before you get married.”

It will probably never be easy. But it will always be worth it. 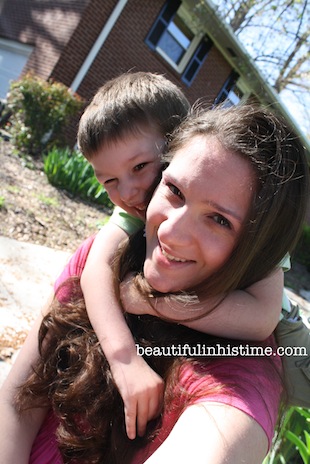 Visual boundaries for children: why kids need them and how to use them

YMCA: A Mom’s Best Friend {Why Every Mama Needs the YMCA}

Eating out with a special needs kid (it’s kind of a big deal!)