At 5:55 AM the sounds started coming though the baby monitor.

Last night it took nearly two hours of rocking and crying to finally get the boy to pass out at 9 PM.

If morning breath can silently moan, then mine sure did. Everything in me wanted to turn the monitor off and go back to sleep.

But the words “forced introversion” and “maybe too much time alone for a three-year-old” rang in my ears. The words came from a friend, a well-intentioned one. (A lot of what she said was helpful so friend-who-knows-who-you-are, we are good, girl.)

This child of mine has brought me to the end of myself this week. No really. At one point I actually laid on the floor in front of him crying.

There’s been screaming and yelling and hitting and pushing and kicking and thrashing and ugly faces and ugly backtalk and we don’t know why.

He doesn’t want to go places. Every morning he asks to stay home from wherever-it-is-we-are-going.

In fact, it’s now 6:21 and he’s already looked at the church picture on his new visual calendar and said “We’re going to stay home, we’re not going to church, we are going to watch Wild Animal Babies and not go to church.”

But I suppose that just par for the course when you have a three-year-old who declares, “I do NOT want to love Jesus!”

But we push through and go anyway. And the results are horrible.

“I almost came to get you, but it was so close to the end so we took a walk instead,” said Mrs. The-Worker-Lady-Who-Kids-See-When-They-Are-Too-Much-To-Handle.

“He won’t stop crying and now he’s taking toys from the other kids and throwing them,” said Saturday childcare worker interrupting my workout after 20 minutes.

He tells me as we are leaving the gym that he wants to stay with me and that “leaving mommy is a sad choice.”

And so in desperation I ask for advice and the words in return make me second guess everythin.

“Maybe he’s feeling anxious about being apart from you so much if you are apart for the quiet times,” another friend says.

Maybe whitespace for my boy (and thus whitespace to give mommy peace and mind) is backfiring right in my tired face. Maybe the choice to let him play in his room first thing in the morning while I sleep in, listen to the Bible on my phone, and take a sip or two of coffee in peace isn’t actually making me a better mother but a worse one because I’m actually failing to meet his needs the way I should.

That’s not what they were saying, of course. But it’s where my brain goes and I can’t help but wonder if I’m making yet another mistake.

So this morning, at 6am, my feet hit the floor. I went in to get him. I picked him up and hugged him and realized he had grown (my arms so sensitive they are weight detectors).

I turned on Netflix and gave him a banana and strawberries and a bowl of Kix and he turned and snarled, “I SAID I wanted toast! Now get me toast!”

I tell him that we don’t talk to Mommy that way and that’s not how we ask and inform him that we have to eat what Mommy gave him and then we’ll talk about toast. One 20-minute show later and all of his food is gone and he’s asking for toast. So I make him two pieces, and I know he will eat them because yesterday he ate a-horse-and-a-half for breakfast too.

You know what’s hard? When Mommy needs whitespace but the boy just needs Mommy – and lots of Mommy. This morning, I choose the boy. (Just as soon as I’m done with this blog post that is…)

Now it’s 6:44 and I’m going to go brew a cup of coffee and cuddle on the couch and watch Wild Animal Babies. 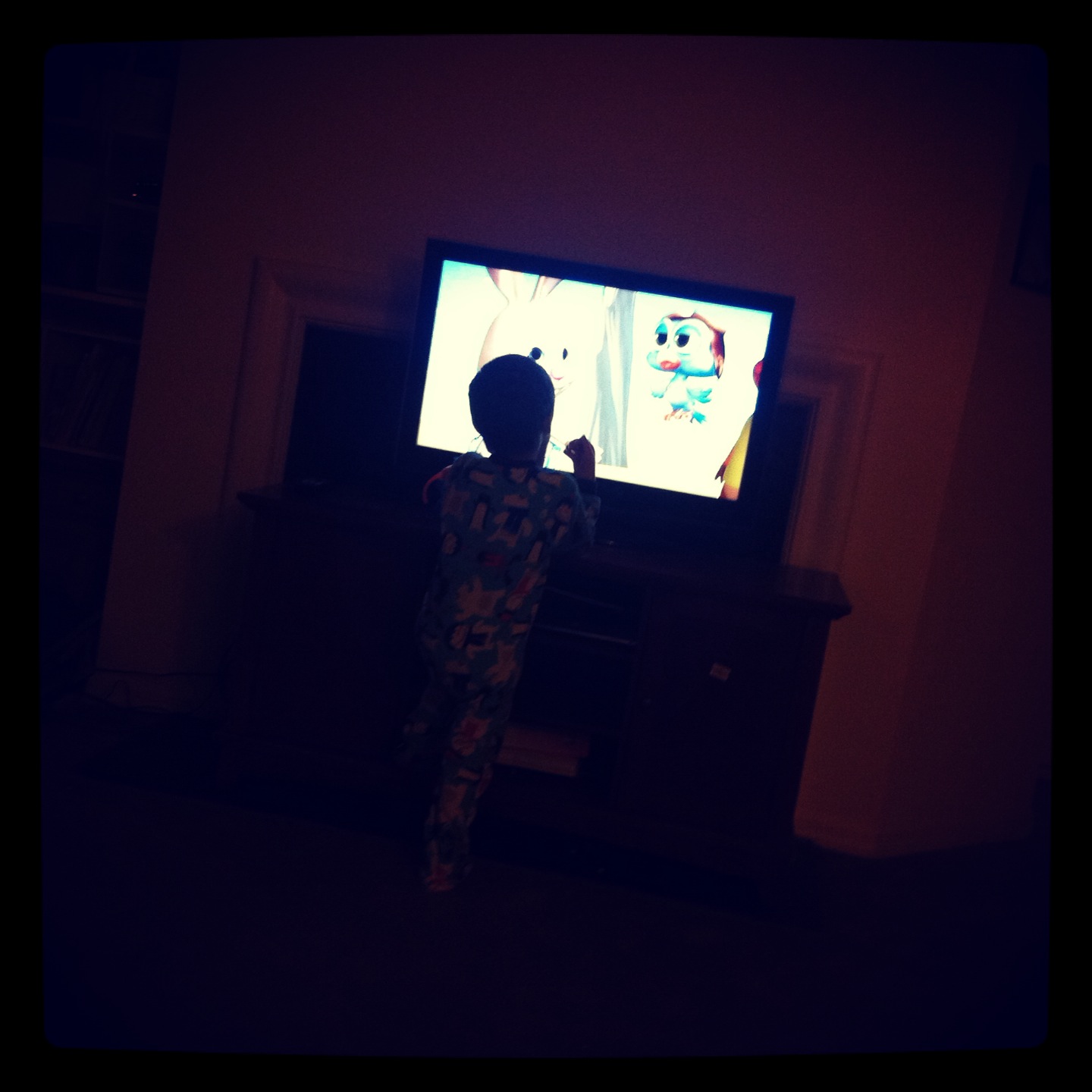