After my husband’s second year-long deployment to Afghanistan, we were beyond excited to welcome him back in what would be our FINAL homecoming. It was so surreal not just to think about having him back home, but knowing that he was never going to leave again! While he missed being home for Christmas, he made it home just before the beginning of the new year. The new year brought a new chapter of our lives – trying to put our family back together after so much time apart. 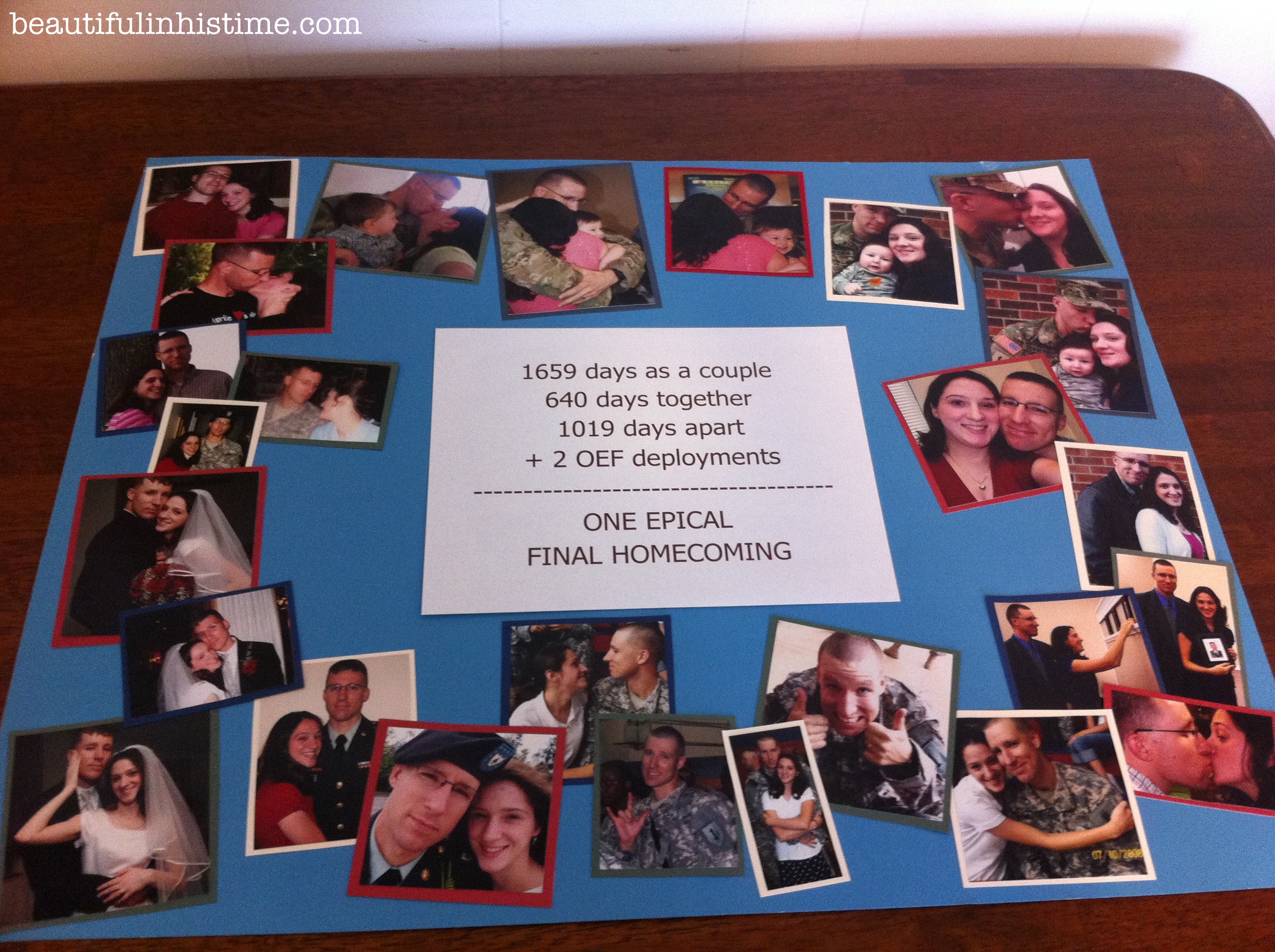 We made our own home-made sign, but there are some great homecoming signs, ideas, and kits on Etsy!

1AM. Russ called me from Maine to tell me he is in the US. He called again at 3AM because he was bored. 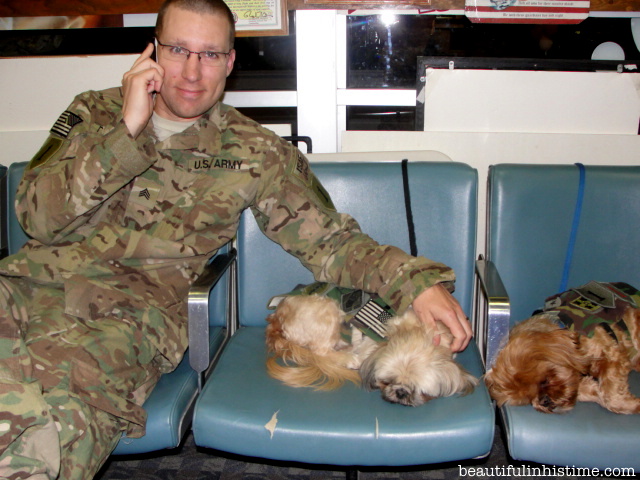 Around 9am. Shortly after arriving at the gym. The homecoming ceremony waiting began: 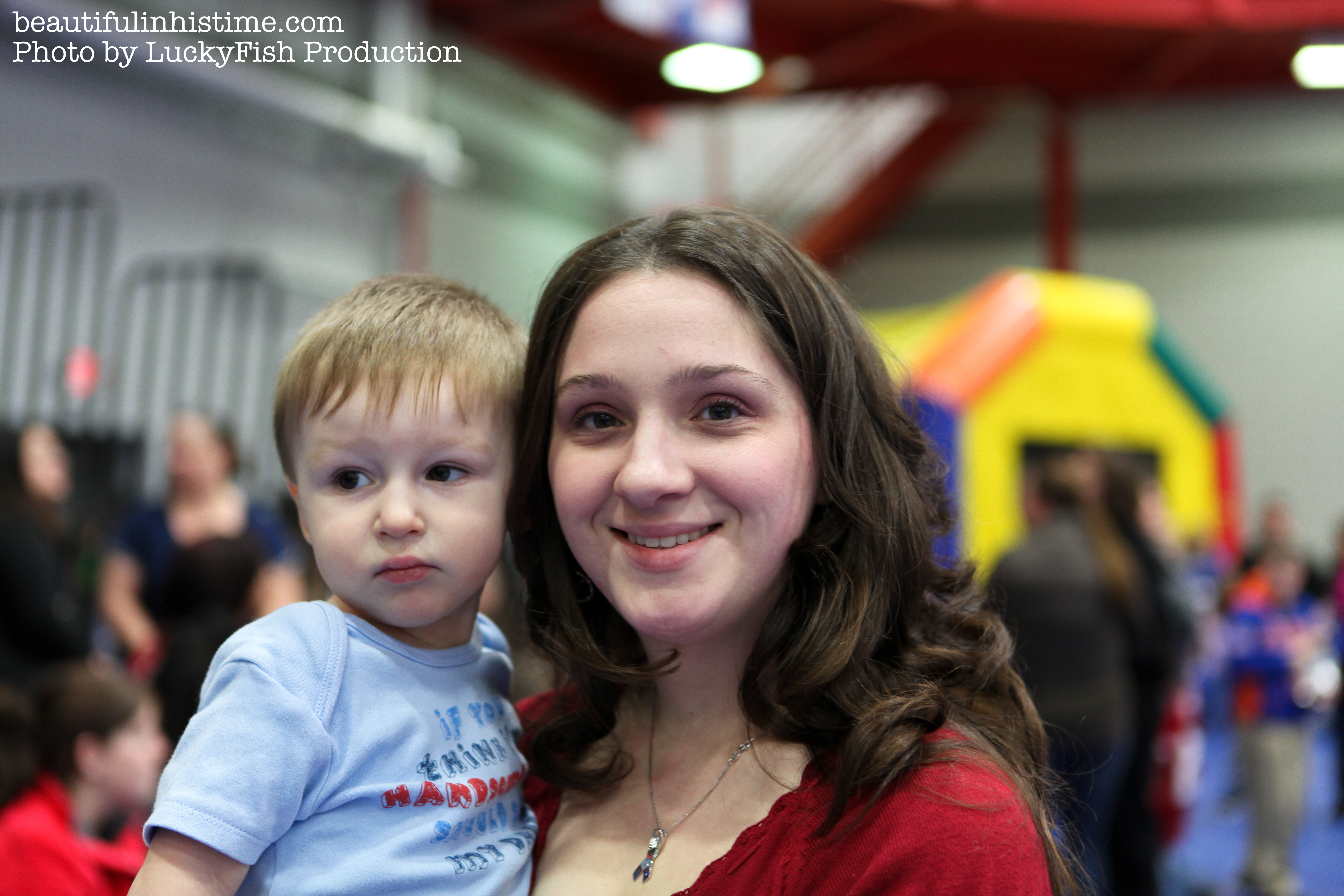 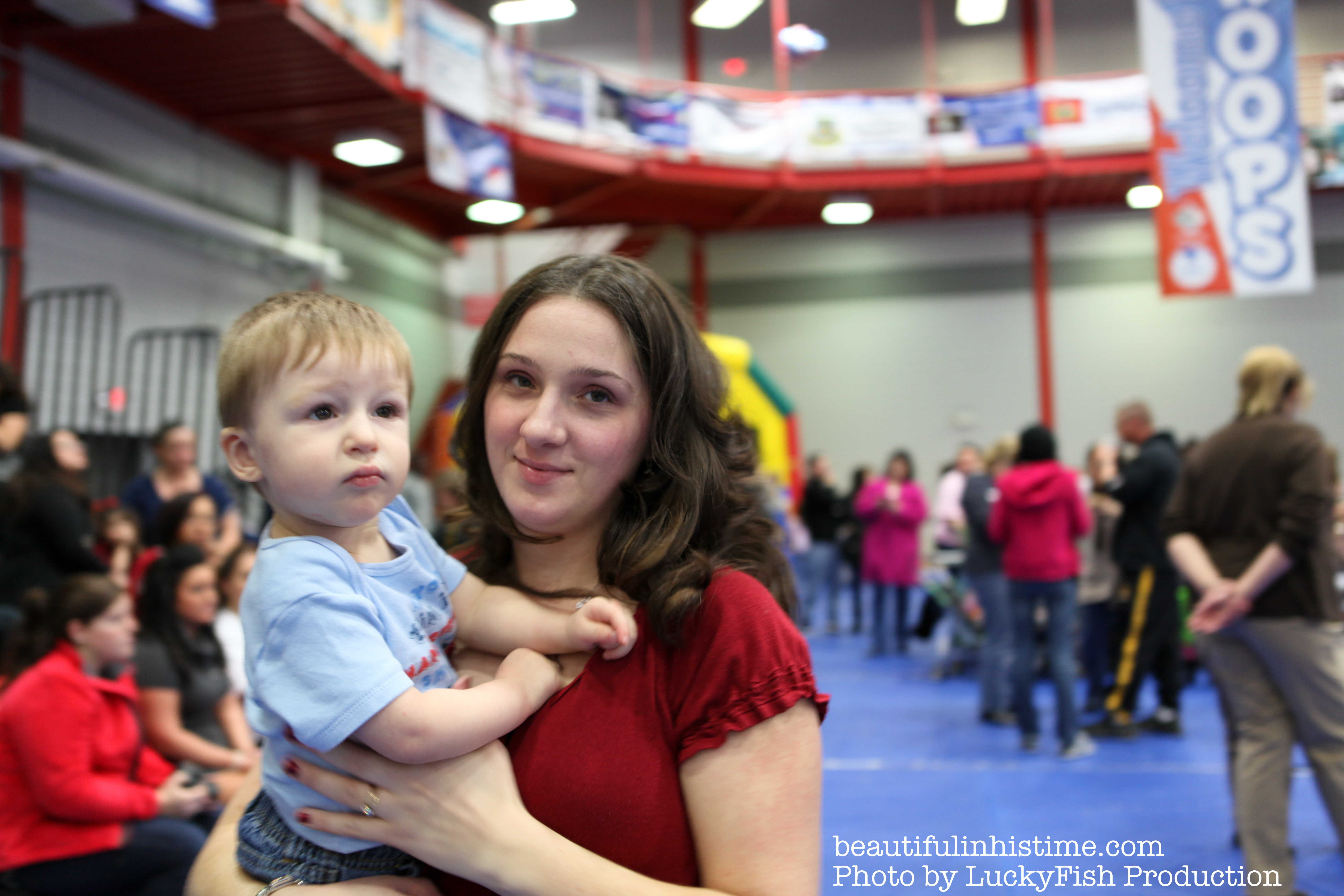 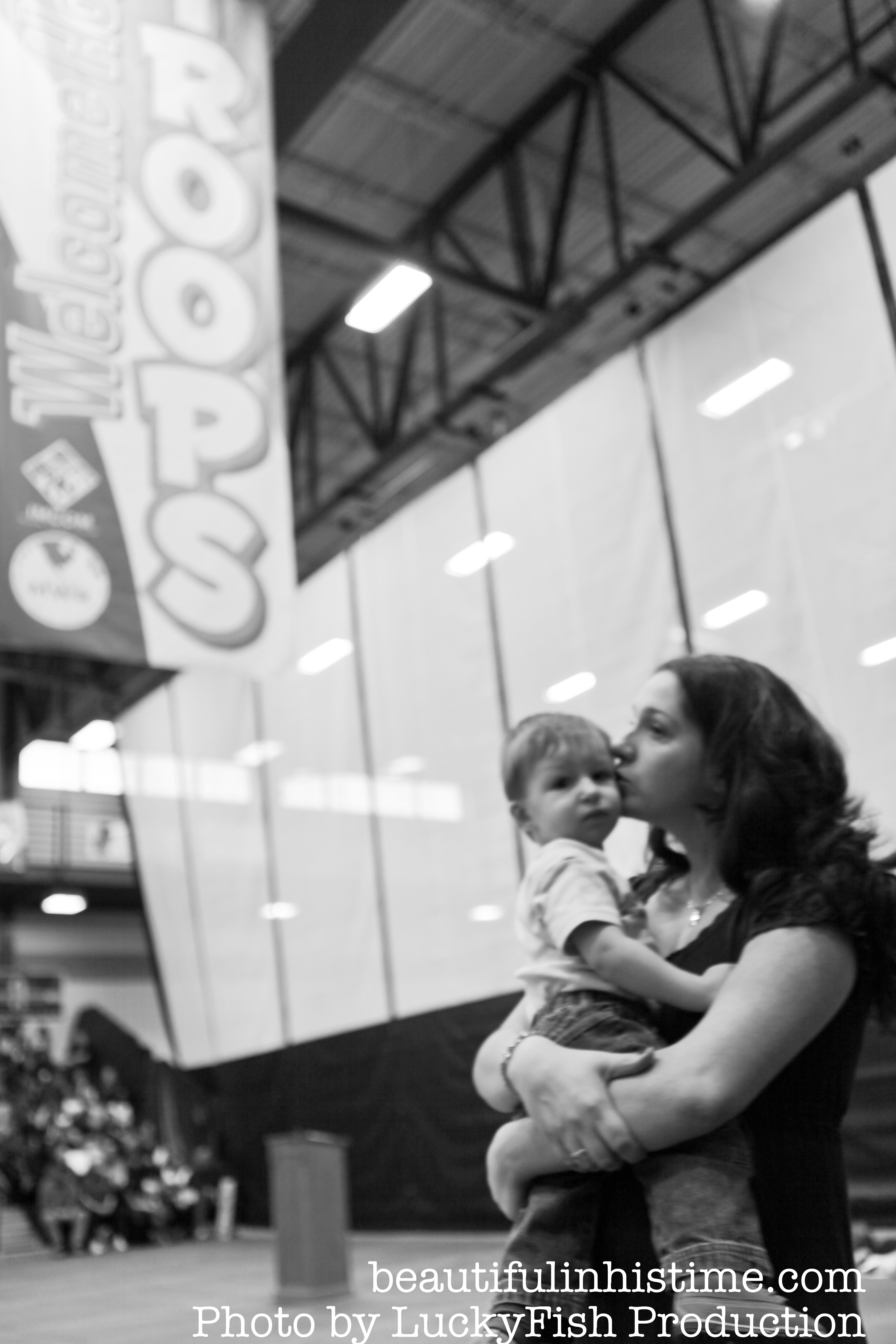 A dear friend who helped me into the gym. It was difficult to juggle baby, stroller, diaper bag (with sign attached), and two cups of coffee (one for me, one for Russ). She was my extra pair of hands: 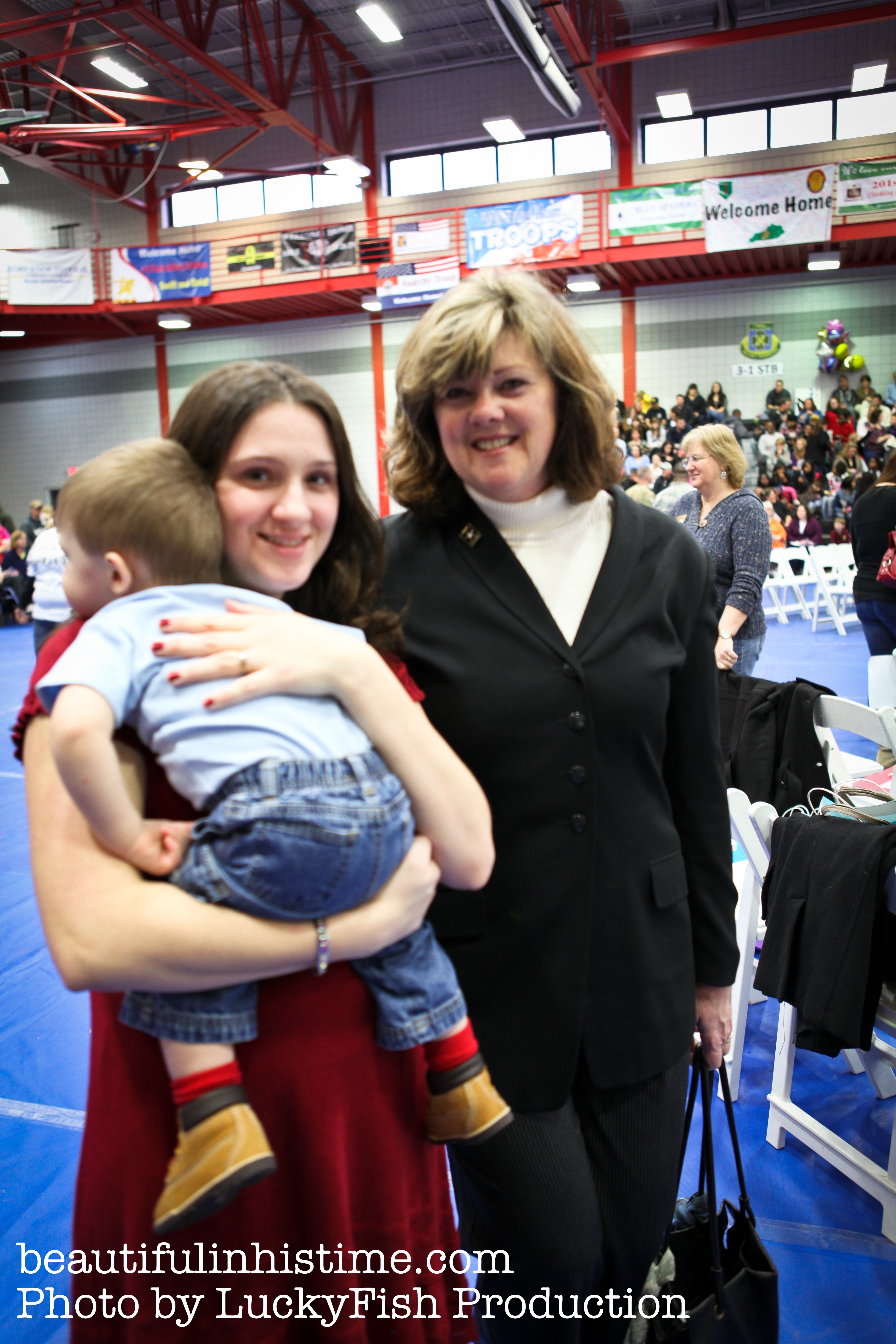 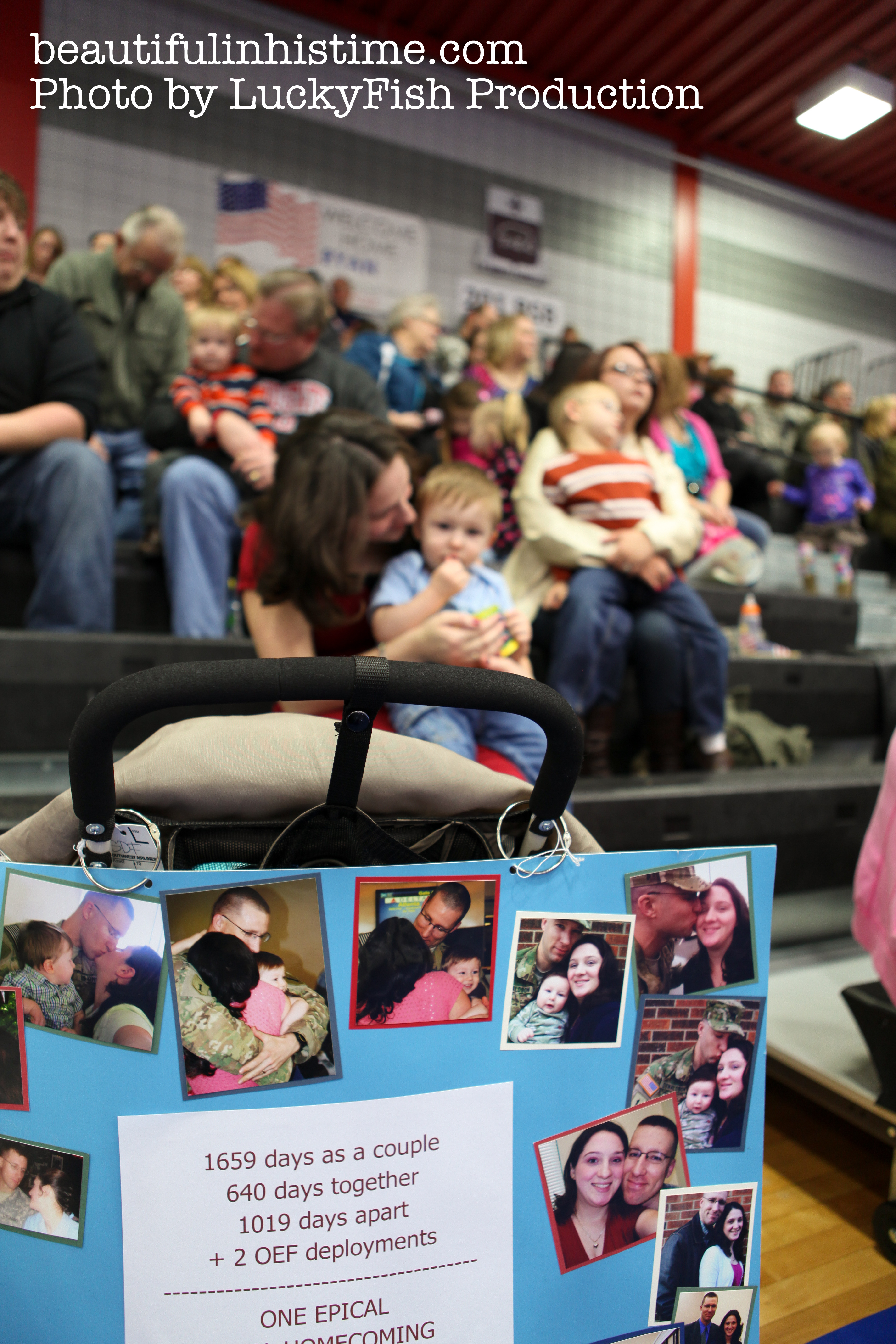 Me with one of the women in our unit who was widowed during the deployment. She found the strength to attend every single homecoming ceremony for soldiers from the brigade that came home. With a smile. She is. AMAZING. 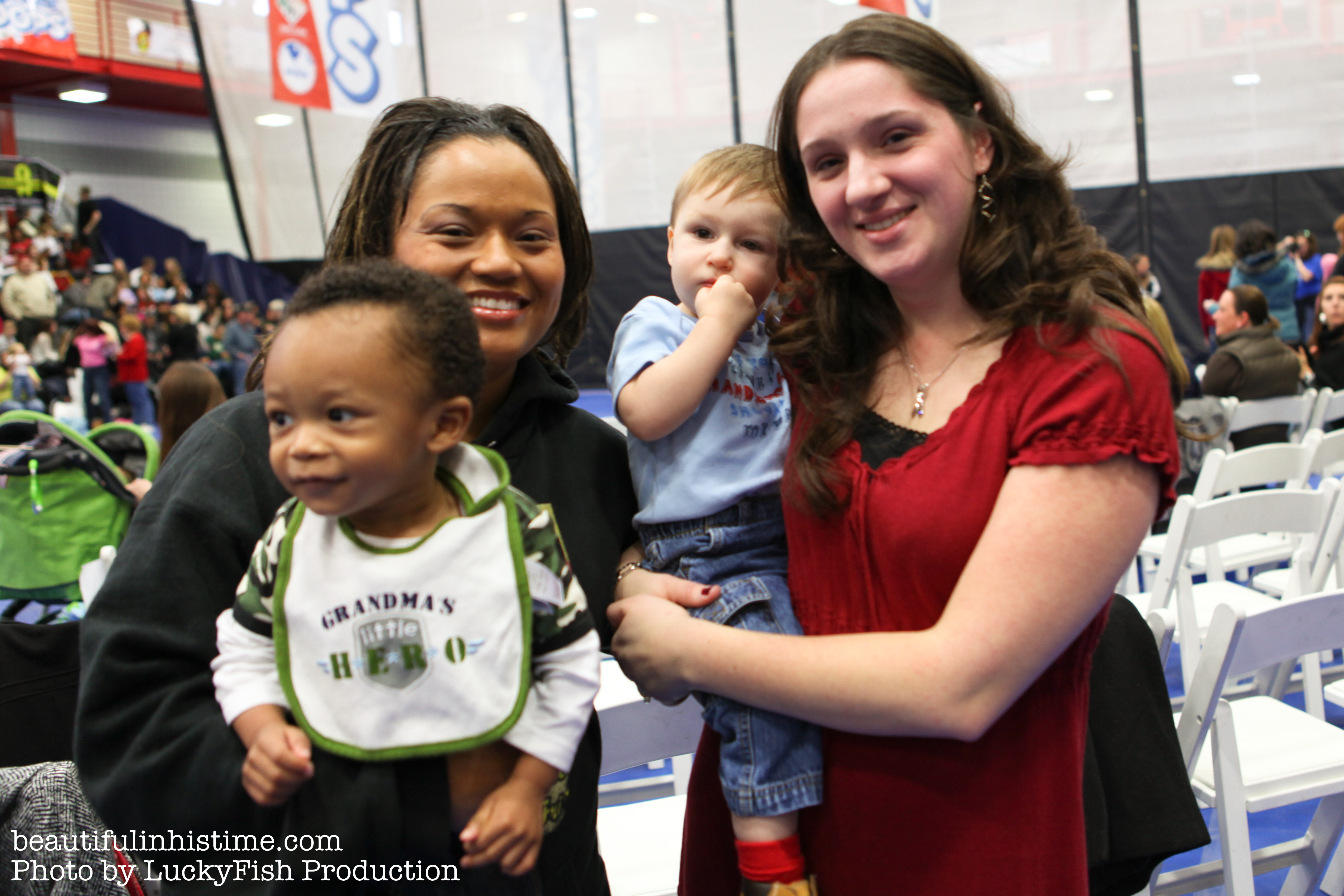 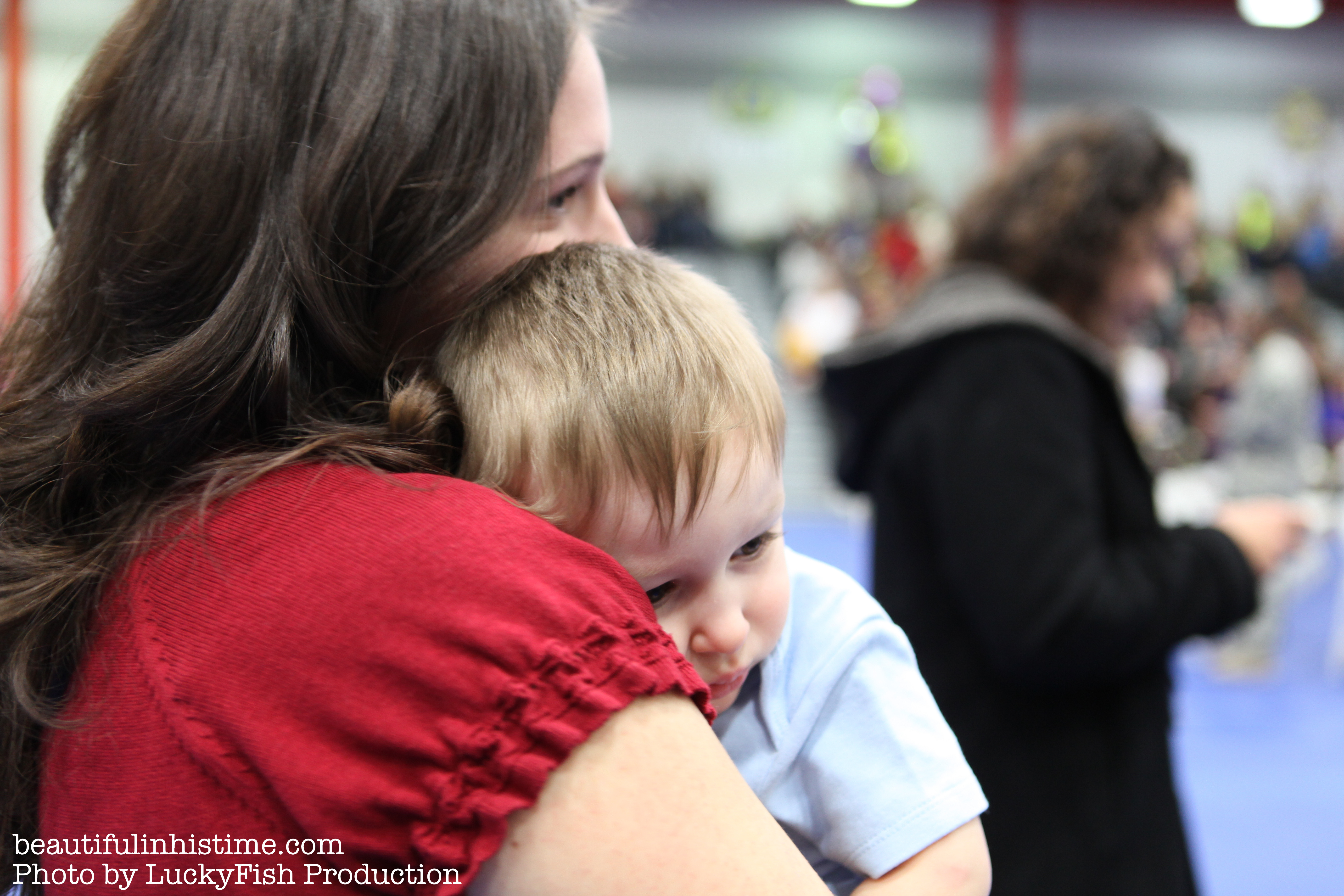 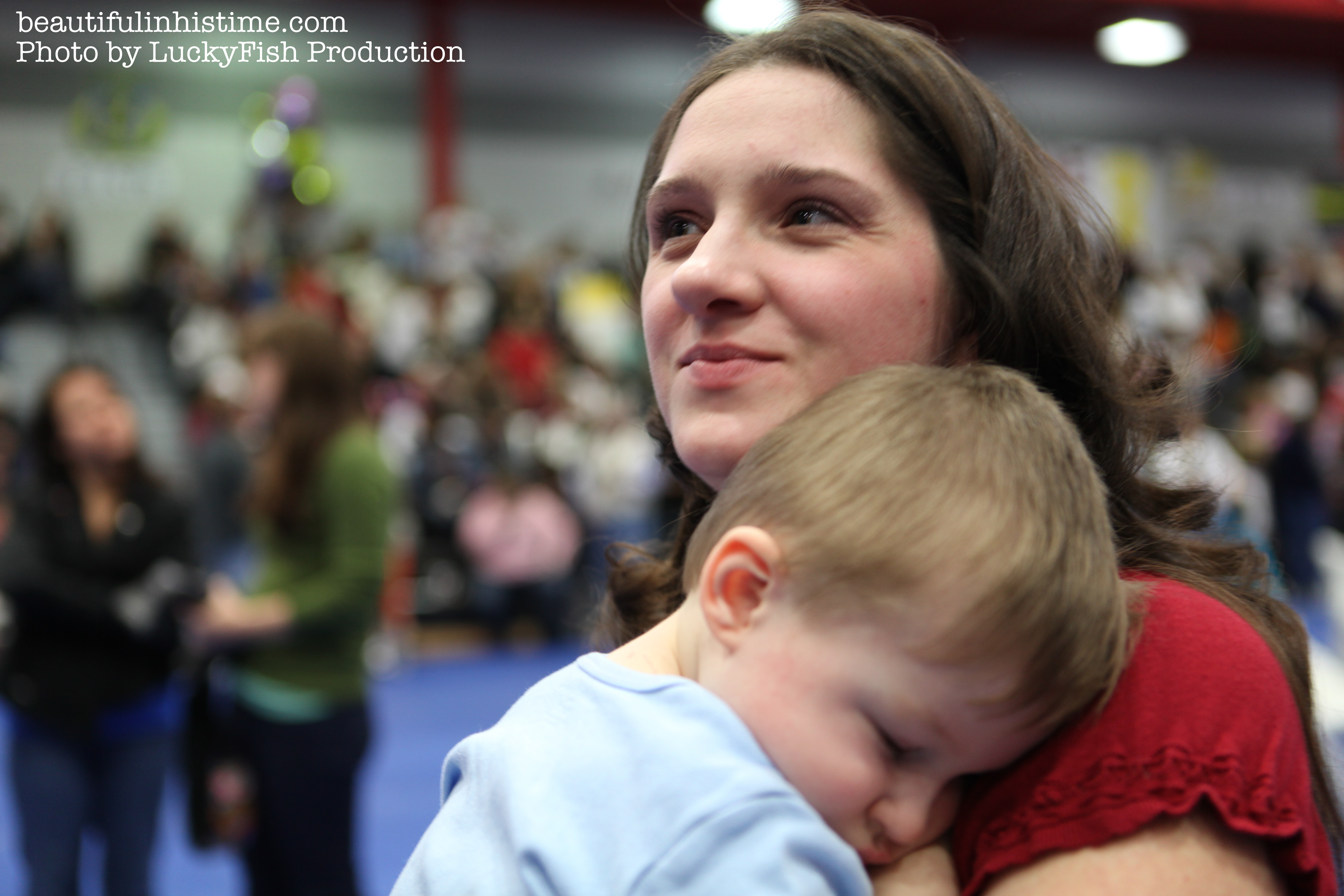 Waiting with my friend, Tasha. Our husband’s worked together. Her’s was already home, but she and her husband came out to welcome Russ home anyway: 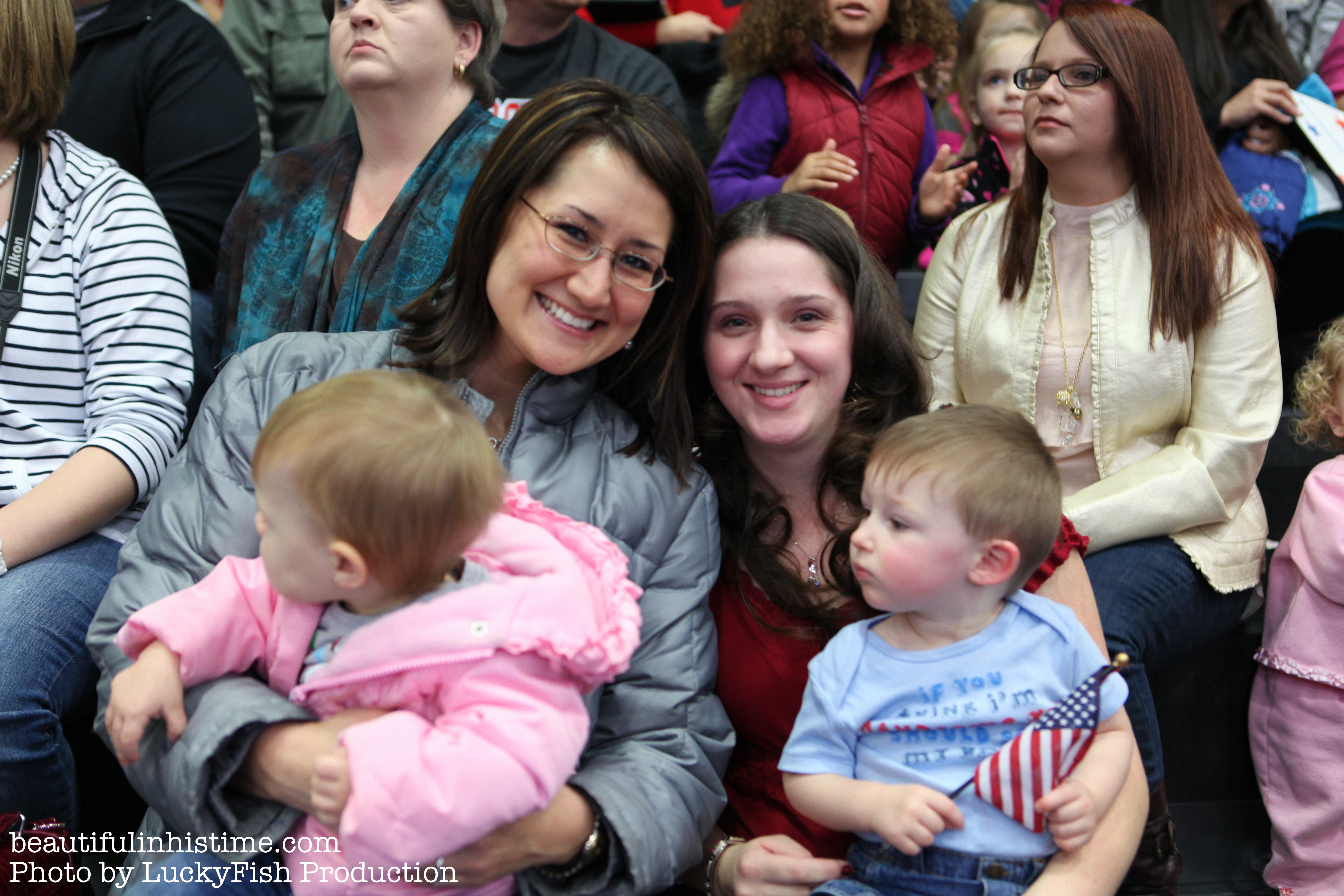 Waiting for the big screen hiding my love to raise. It took forever. The military insists on making homecoming ceremonies overly dramatic!! 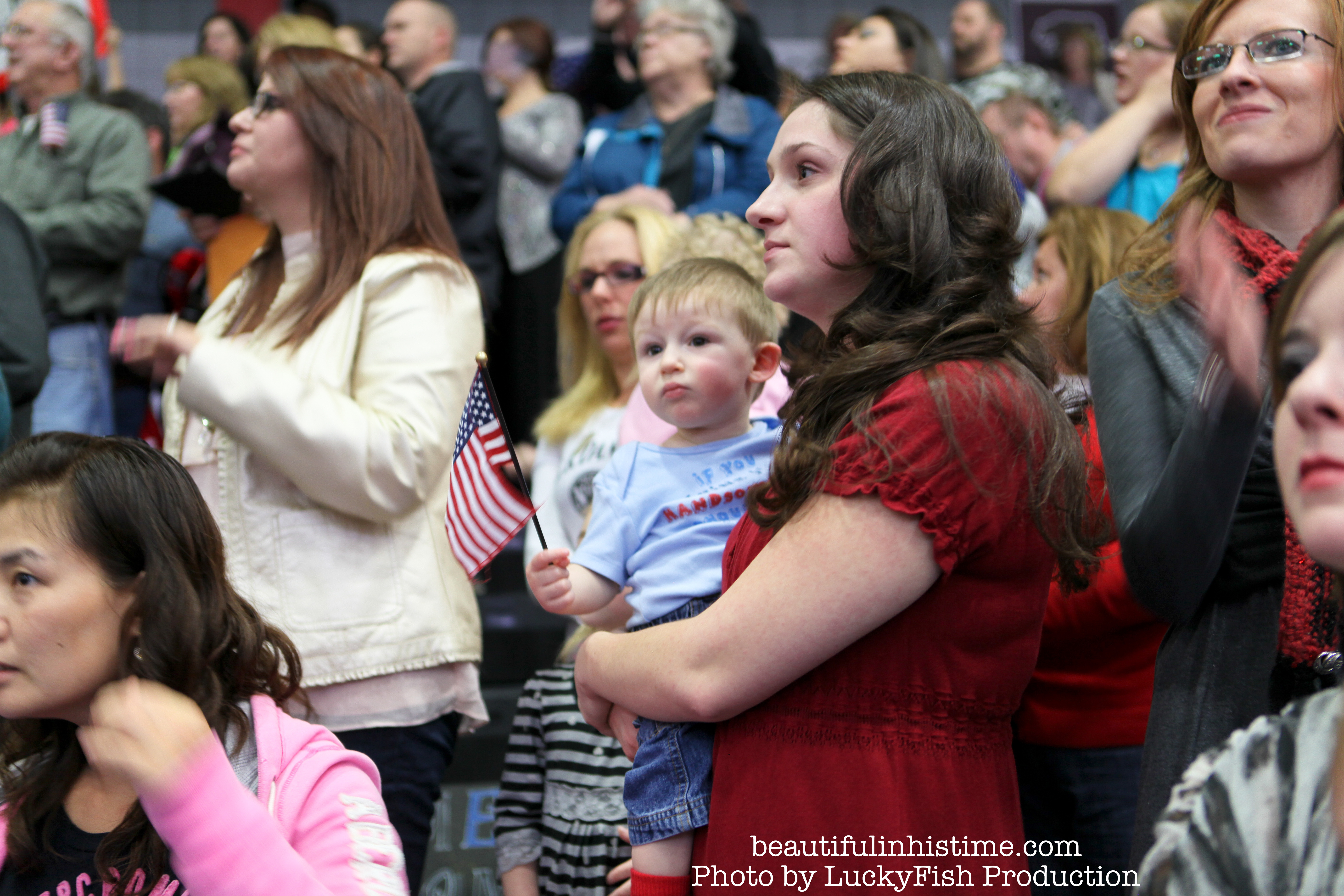 Around 11:30am we were finally reunited! 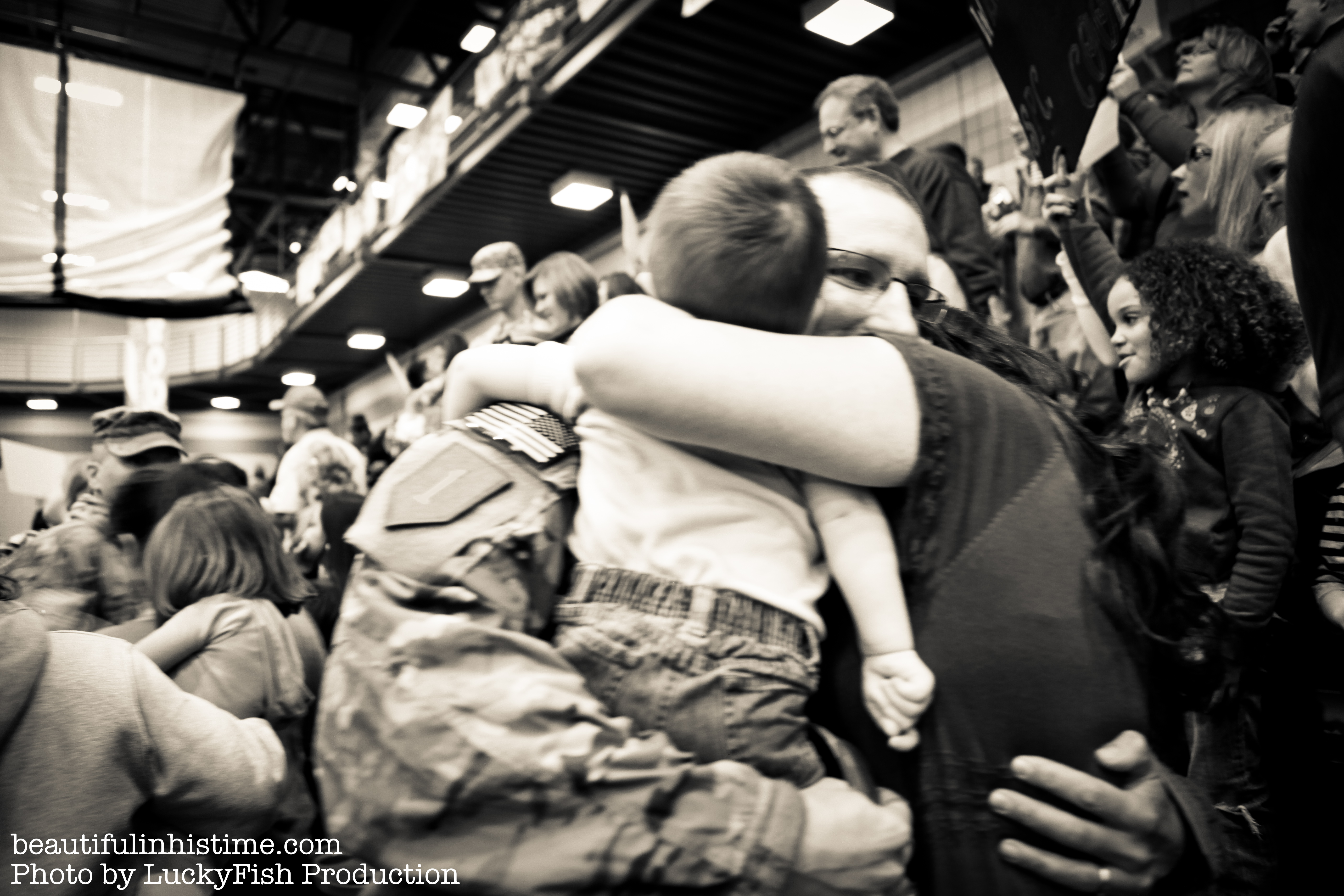 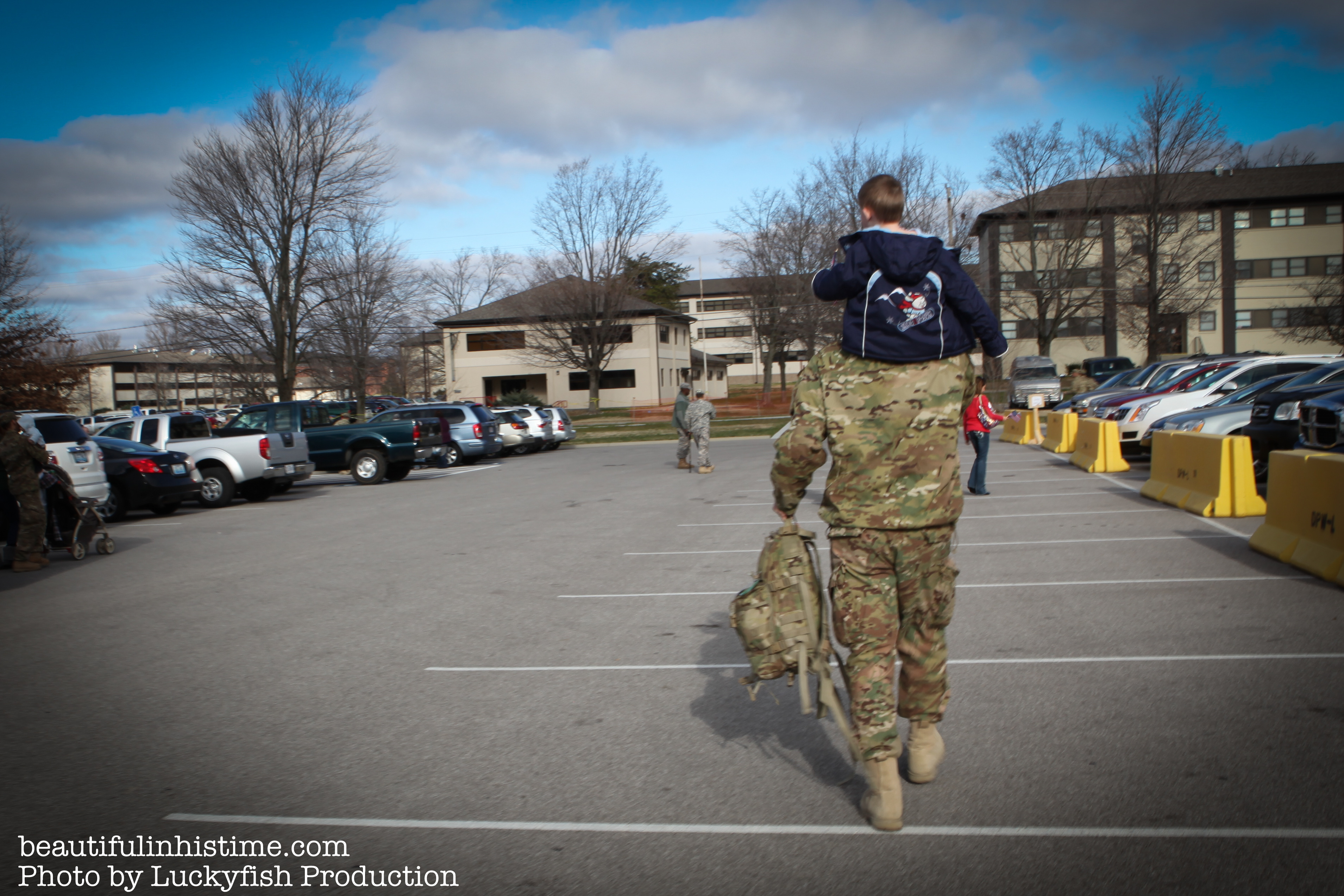 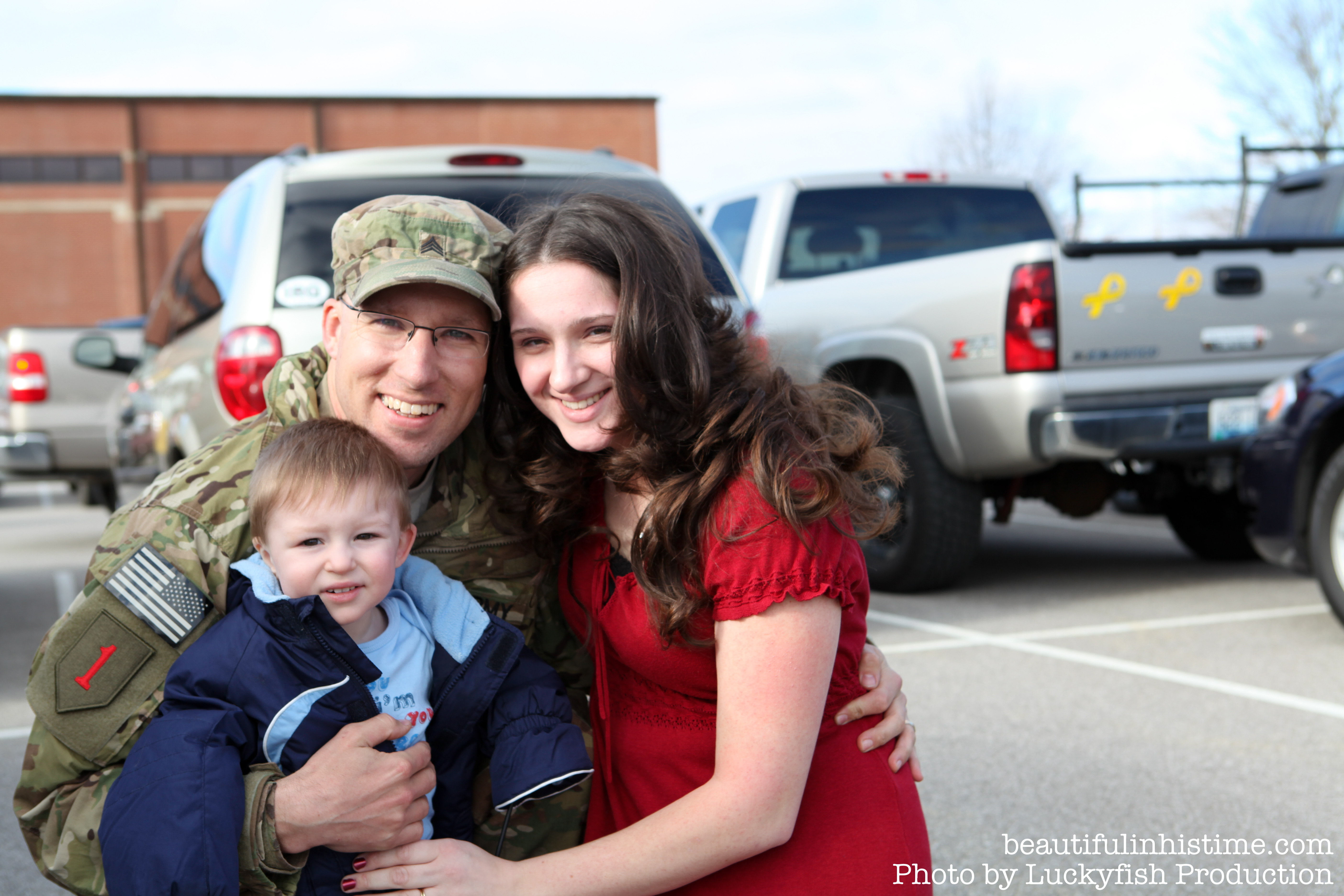 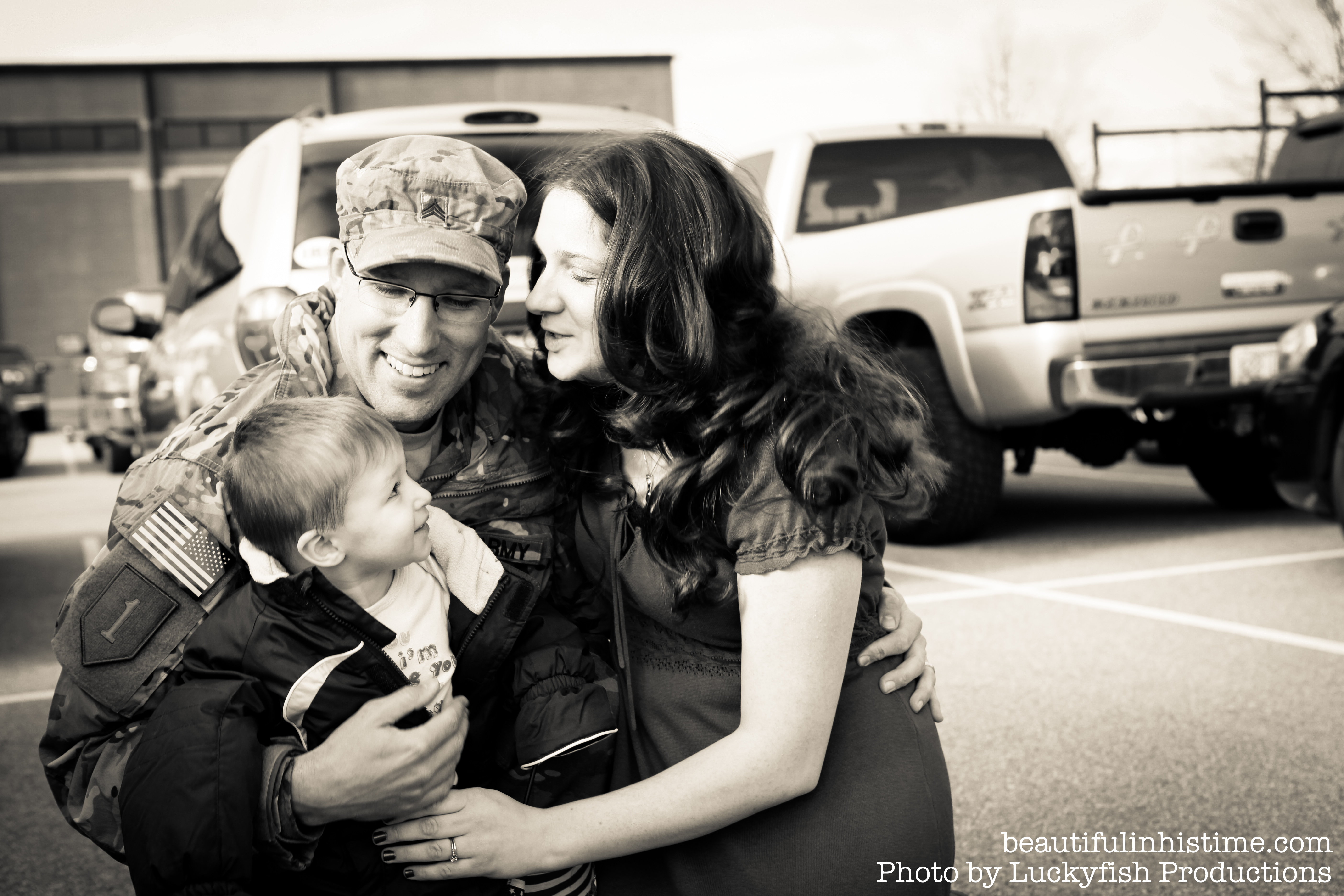 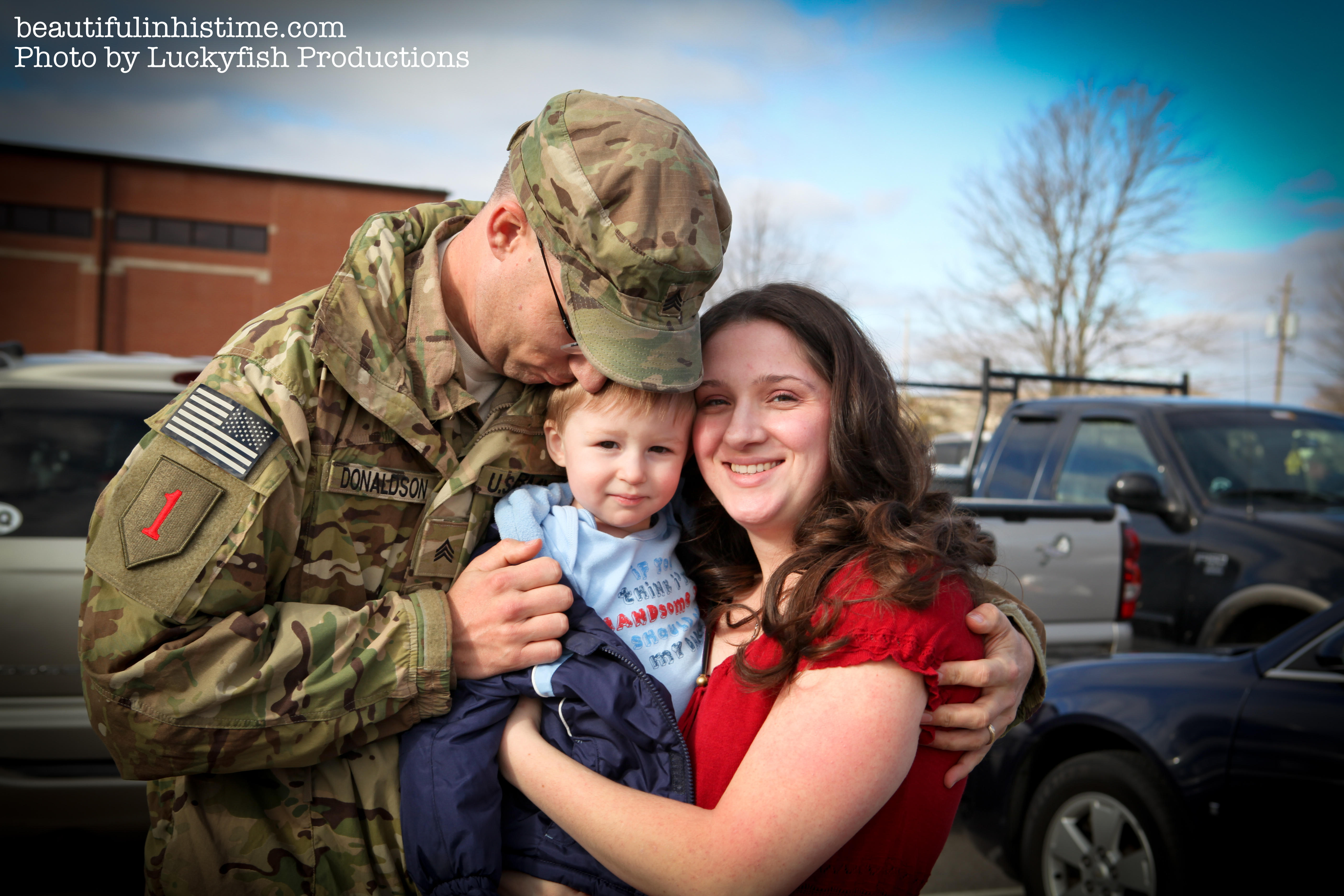 Our homecoming story, in video:

Full-length video footage of the ceremony (not specific to us):

Reunited after our 2009 Deployment