This past Saturday, we drove to the next town over where we heard that they were holding a special parade, JUST for preschoolers! Isn’t that awesome?

Instead of standing and watching as a parade goes by, these special little ones got to be IN the parade – scratch that – they got to BE the parade!

Miss Mary’s Children’s Parade is a FABULOUS event for littles, especially those who might have trouble being still enough for a regular parade. This allows kids to participate!

The parade started a little late, so there was a lot of standing around, running around, and waiting. 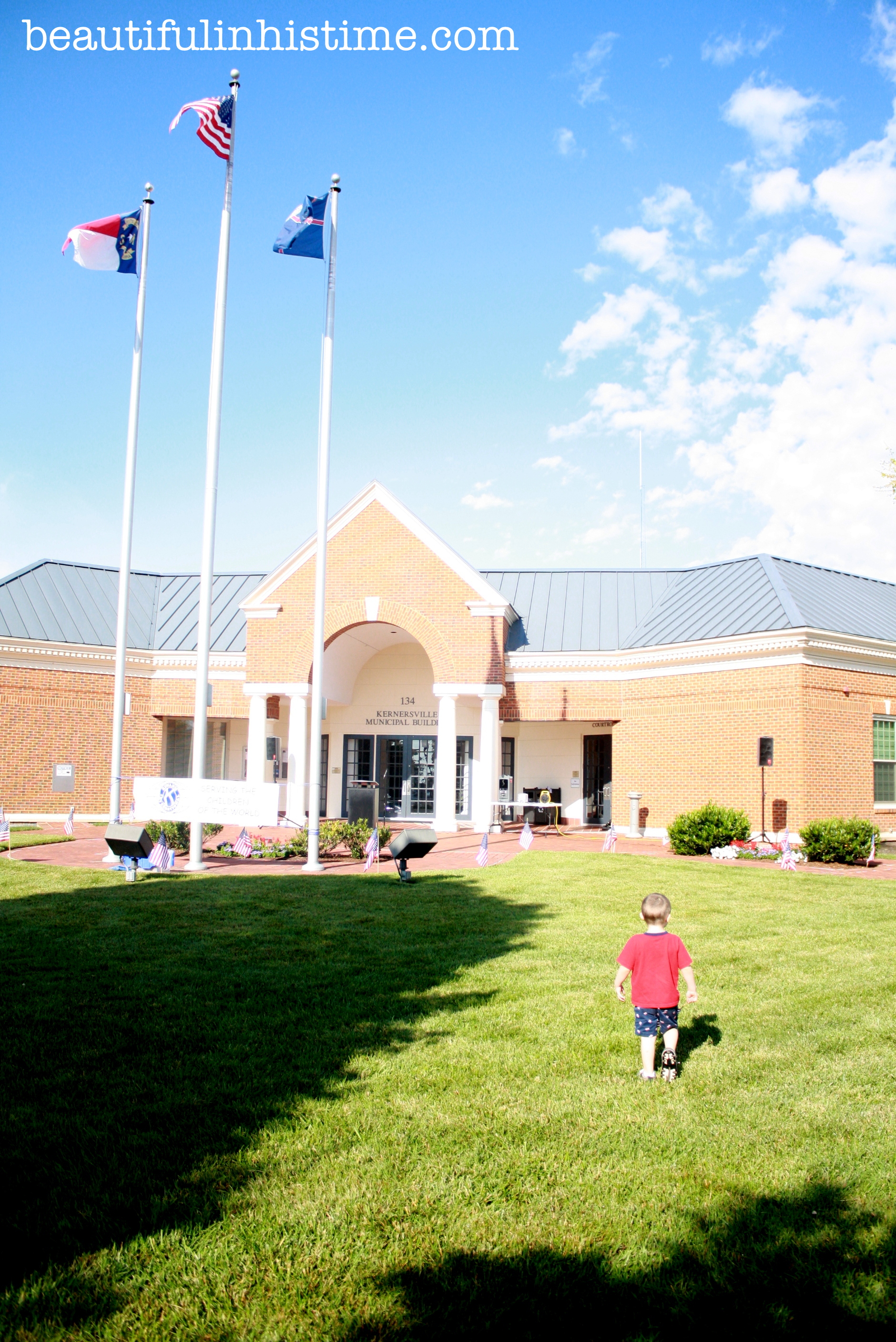 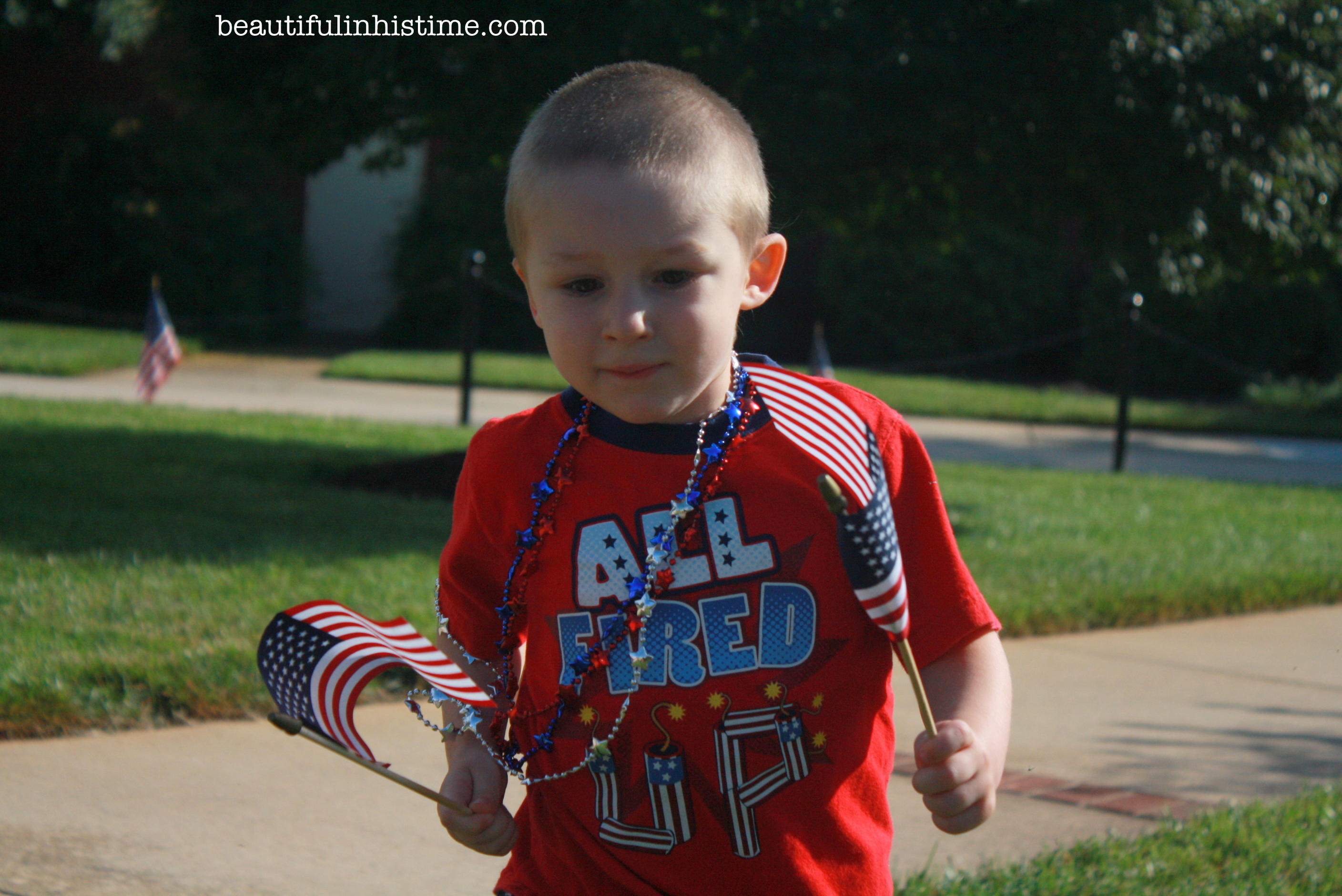 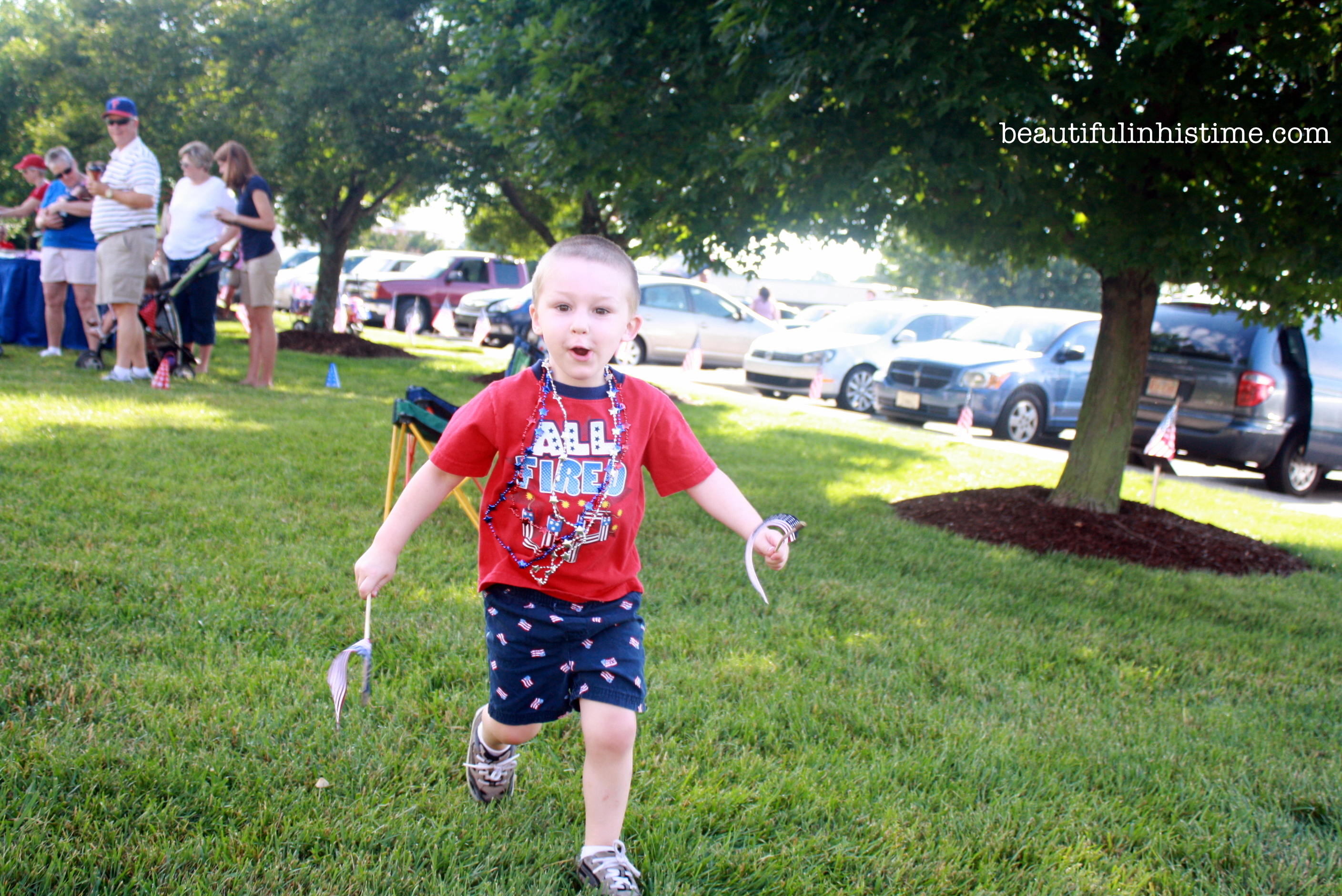 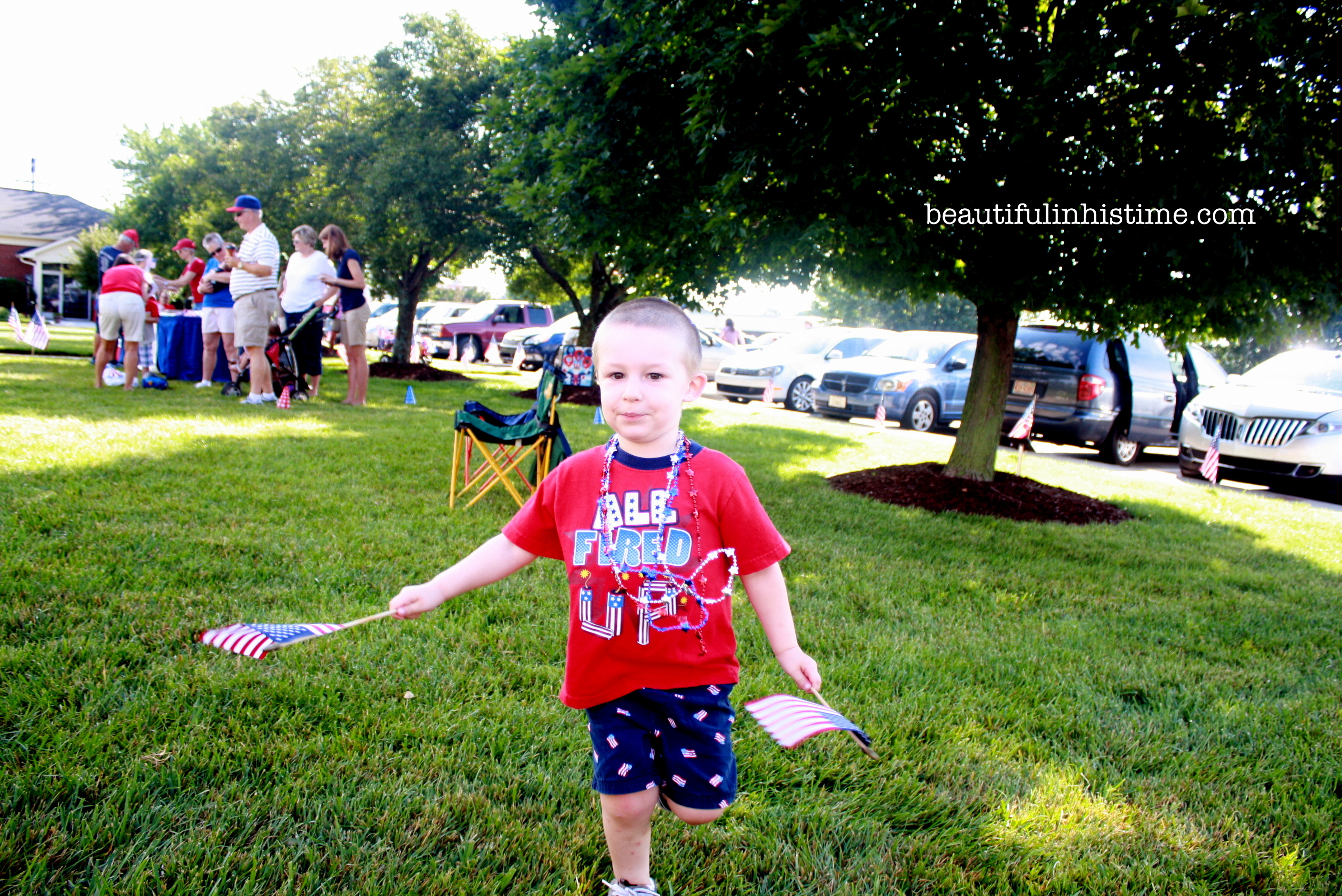 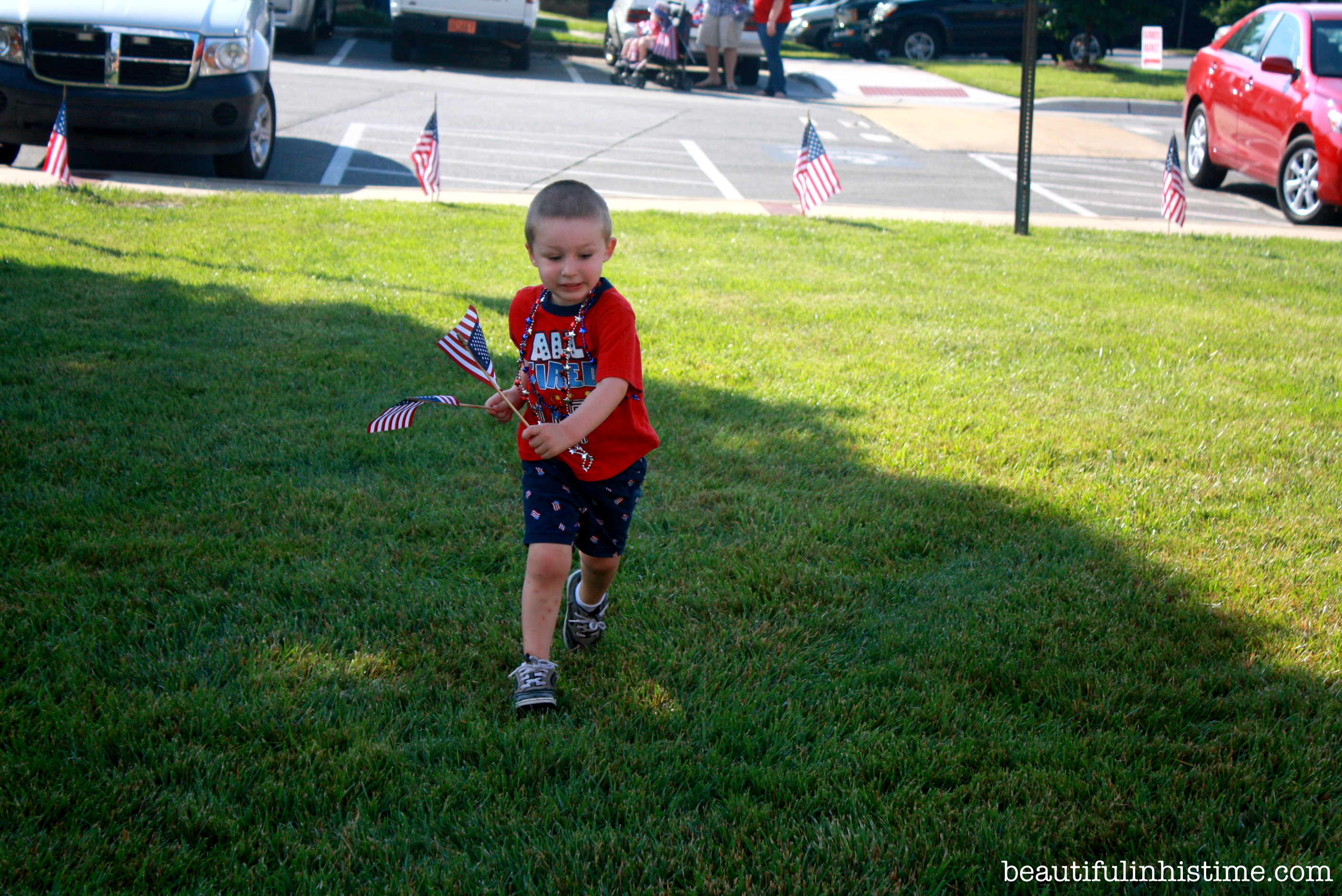 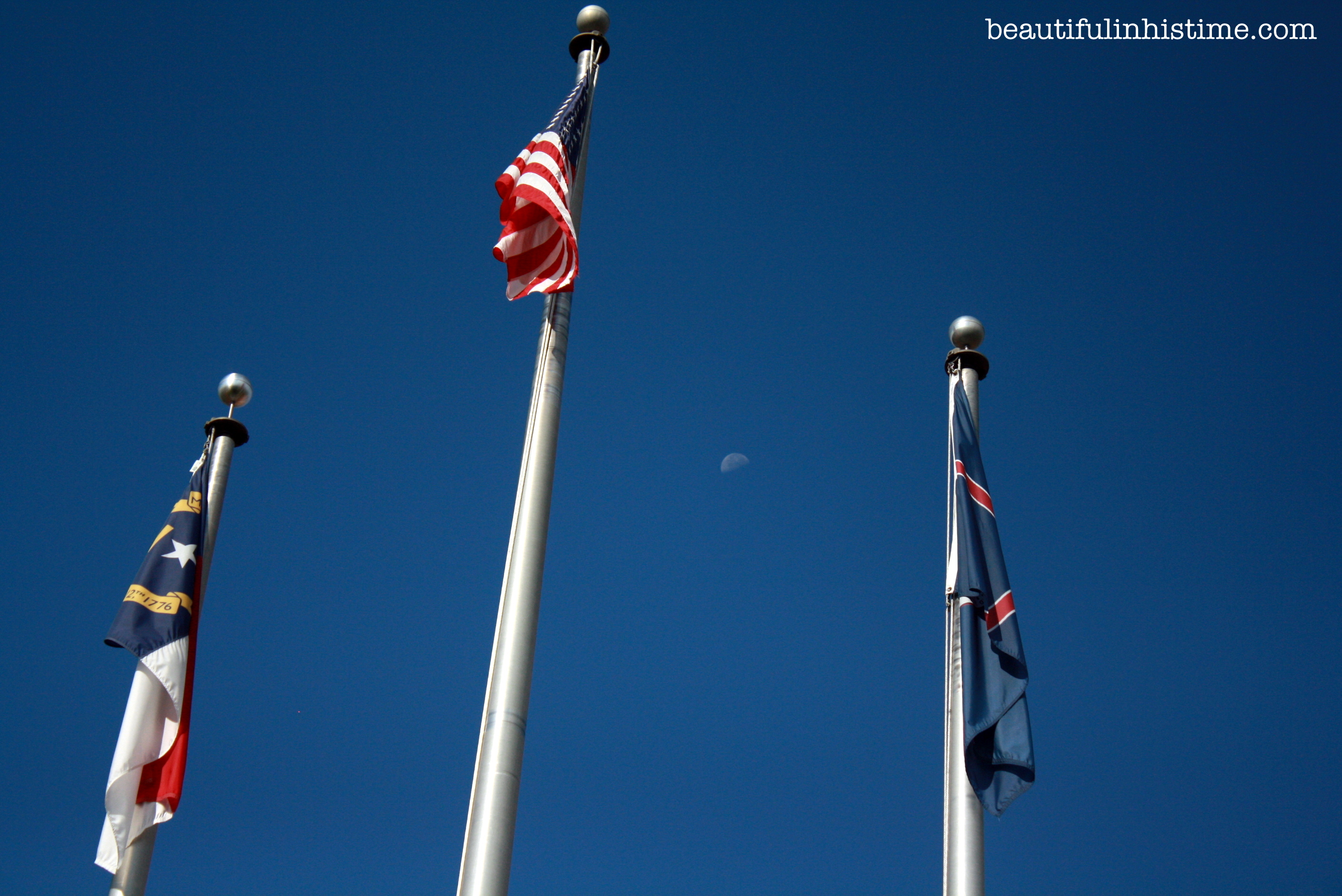 Ezra blowing on the flags: 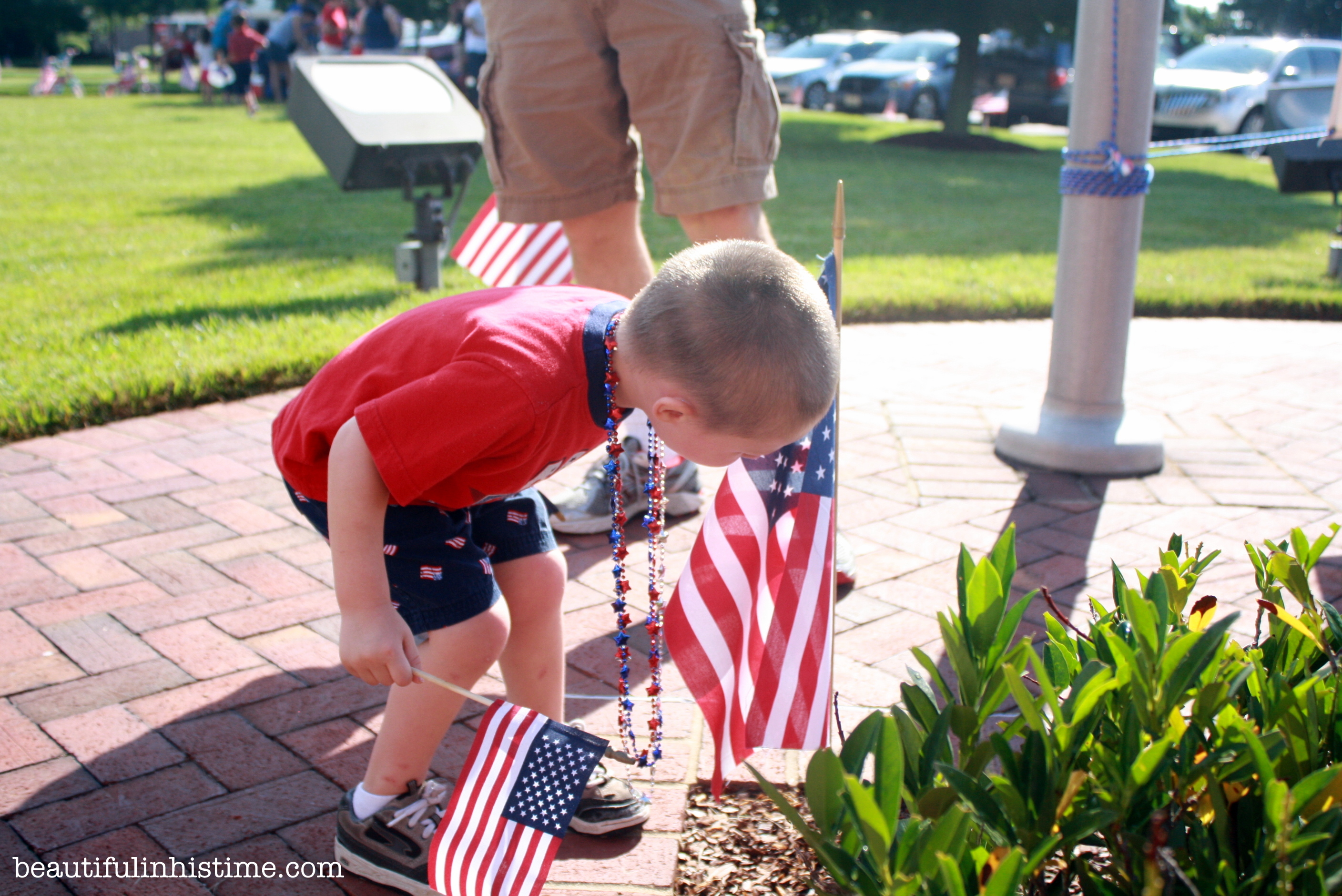 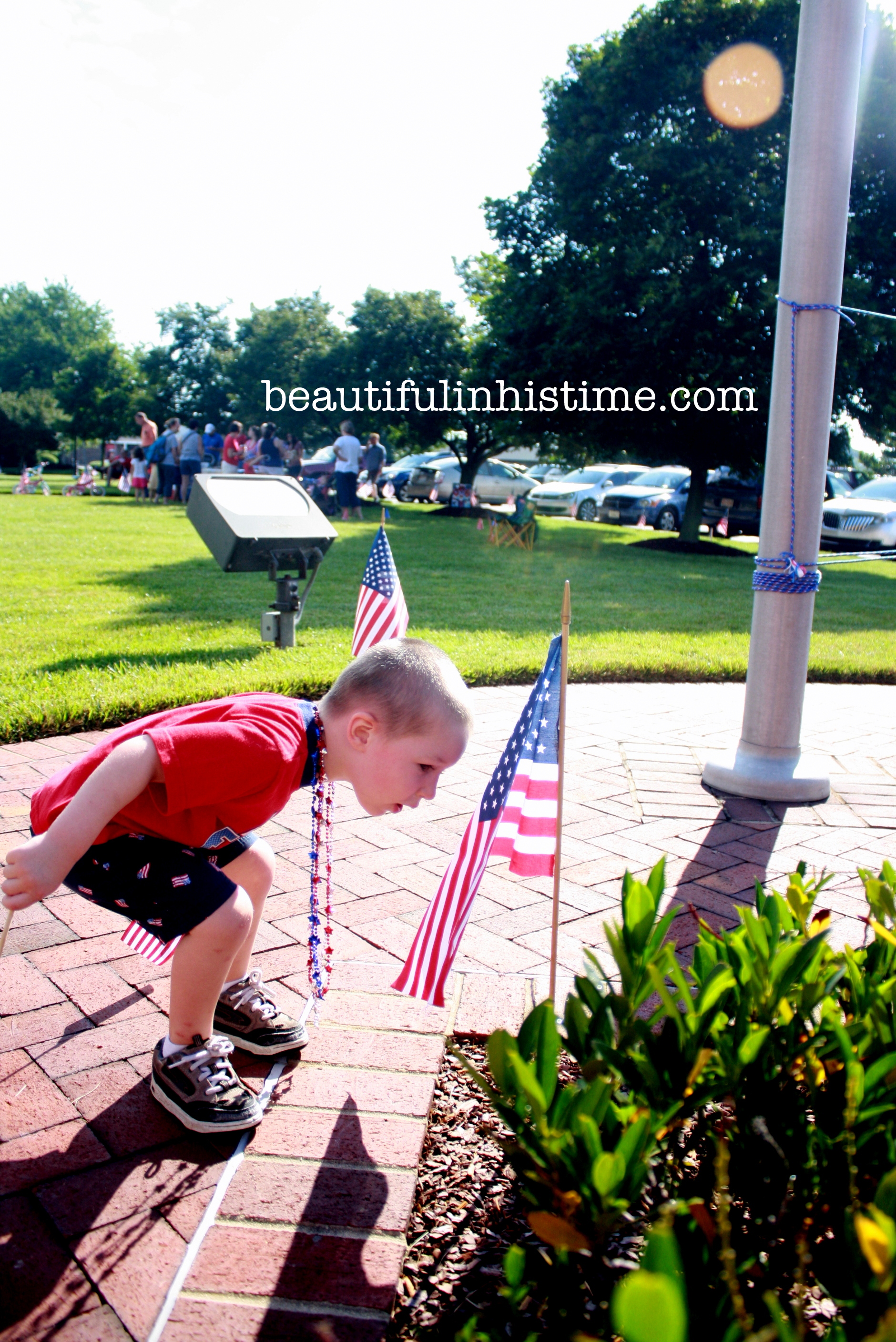 We had some nice moments: 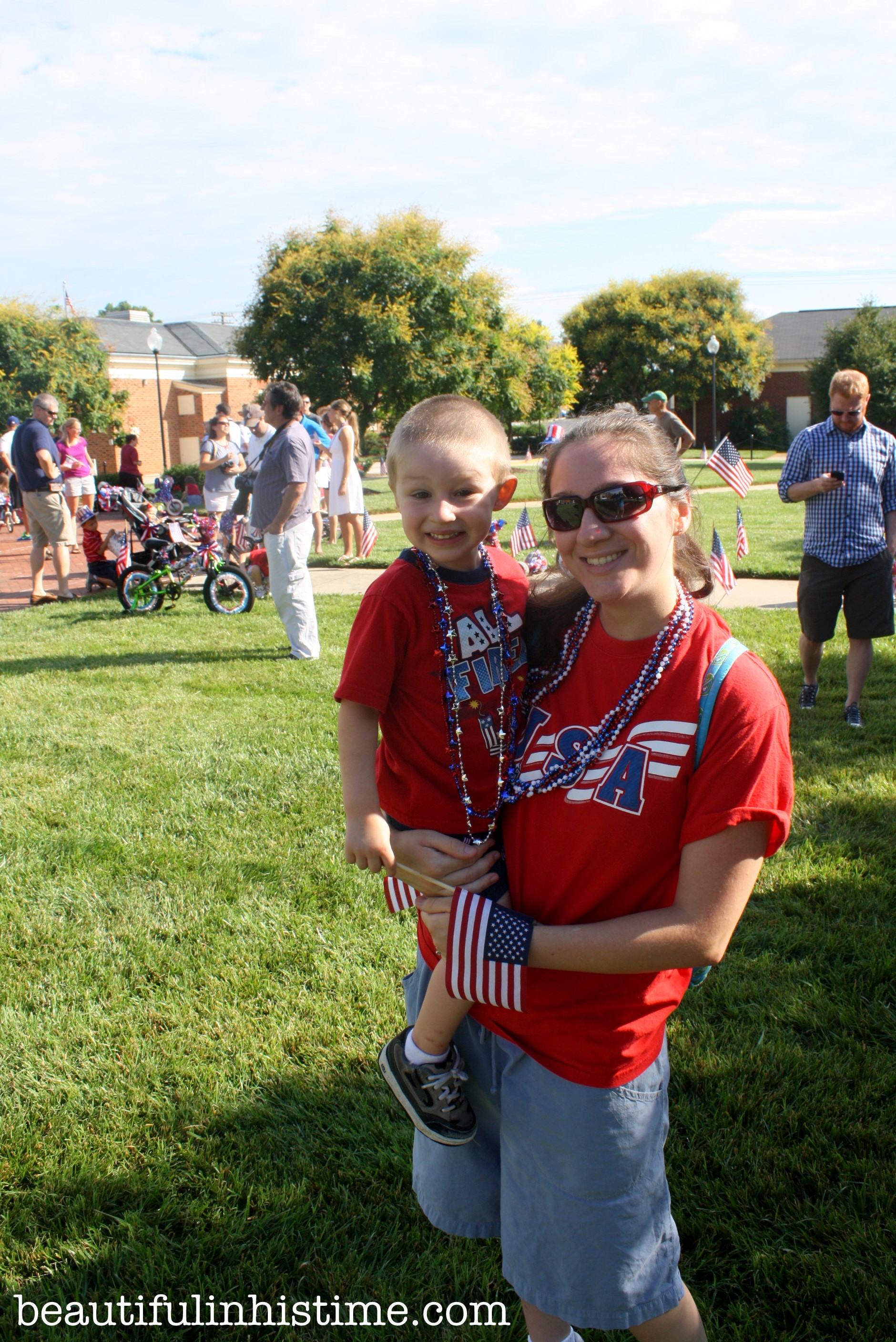 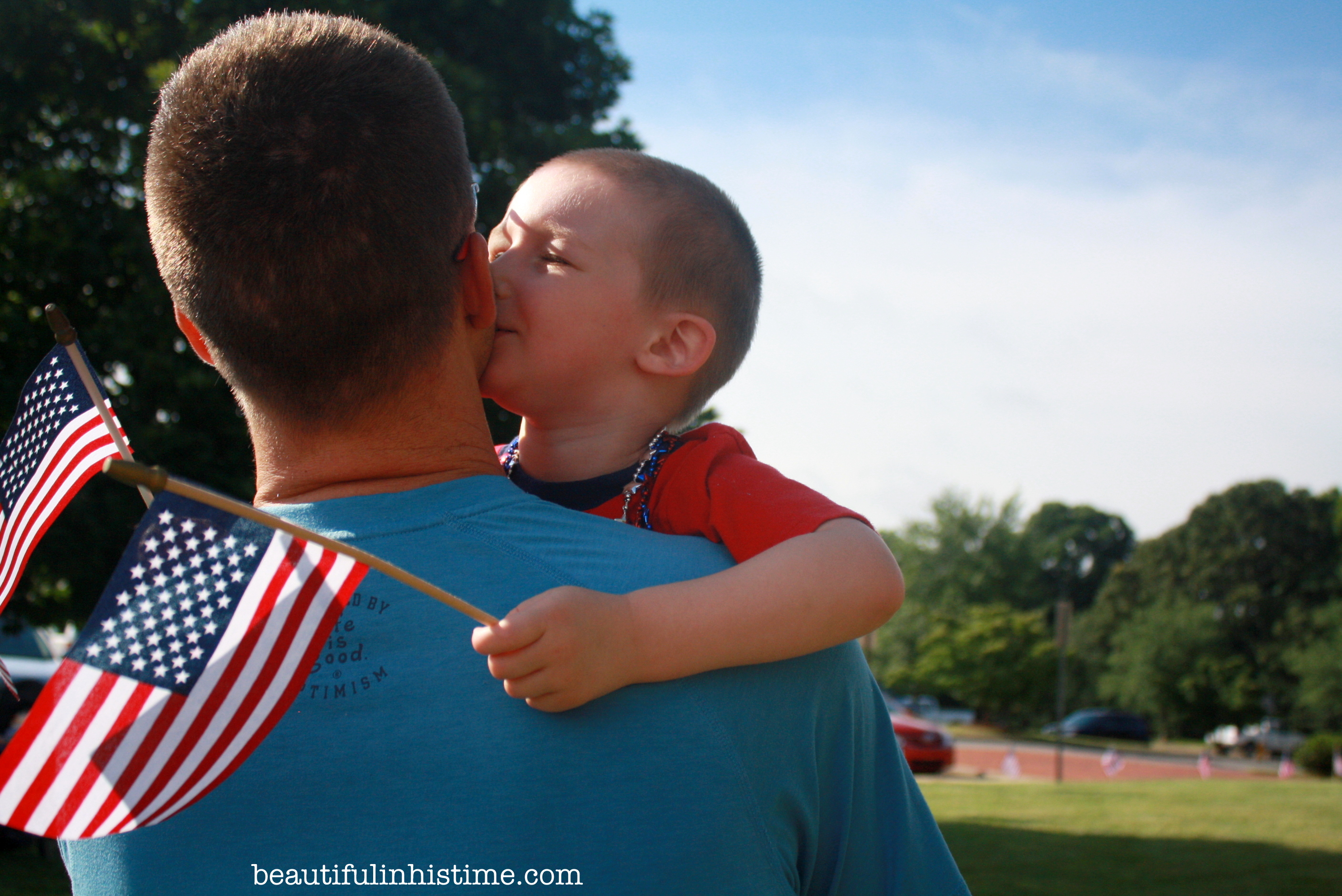 …and some fussy moments as Ezra grew hot, tired, and impatient: 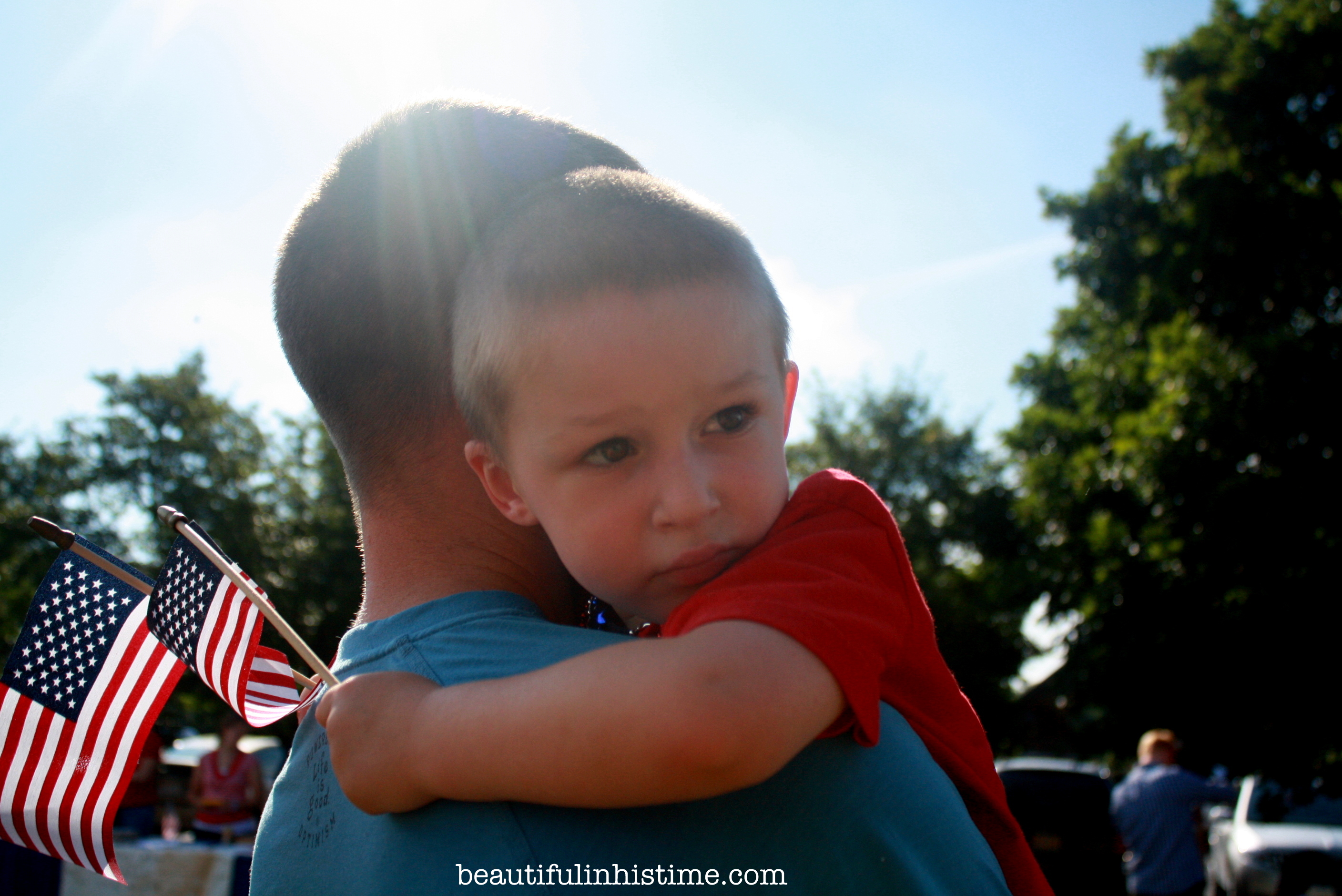 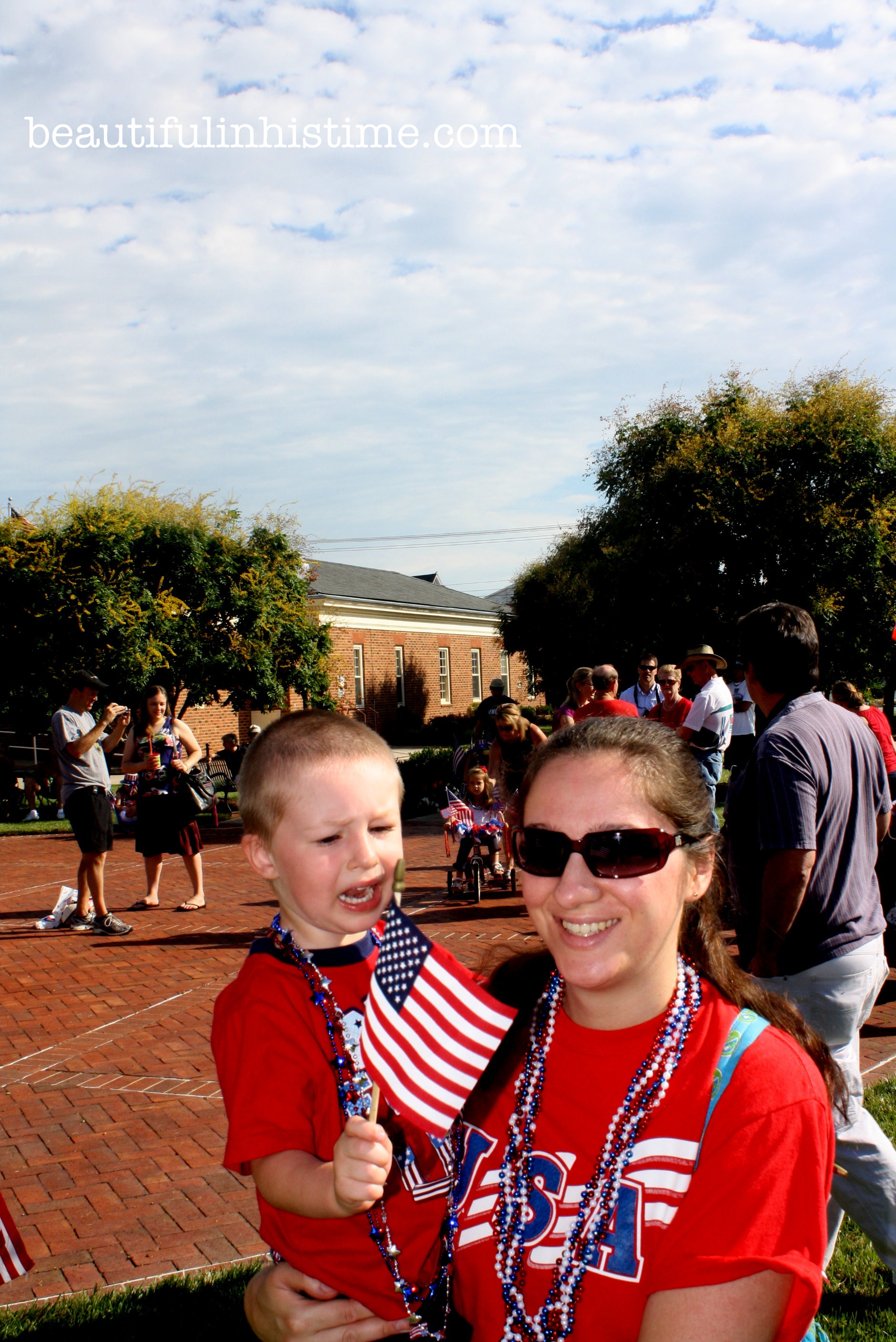 Ezra got to meet a policeman and see his gun! 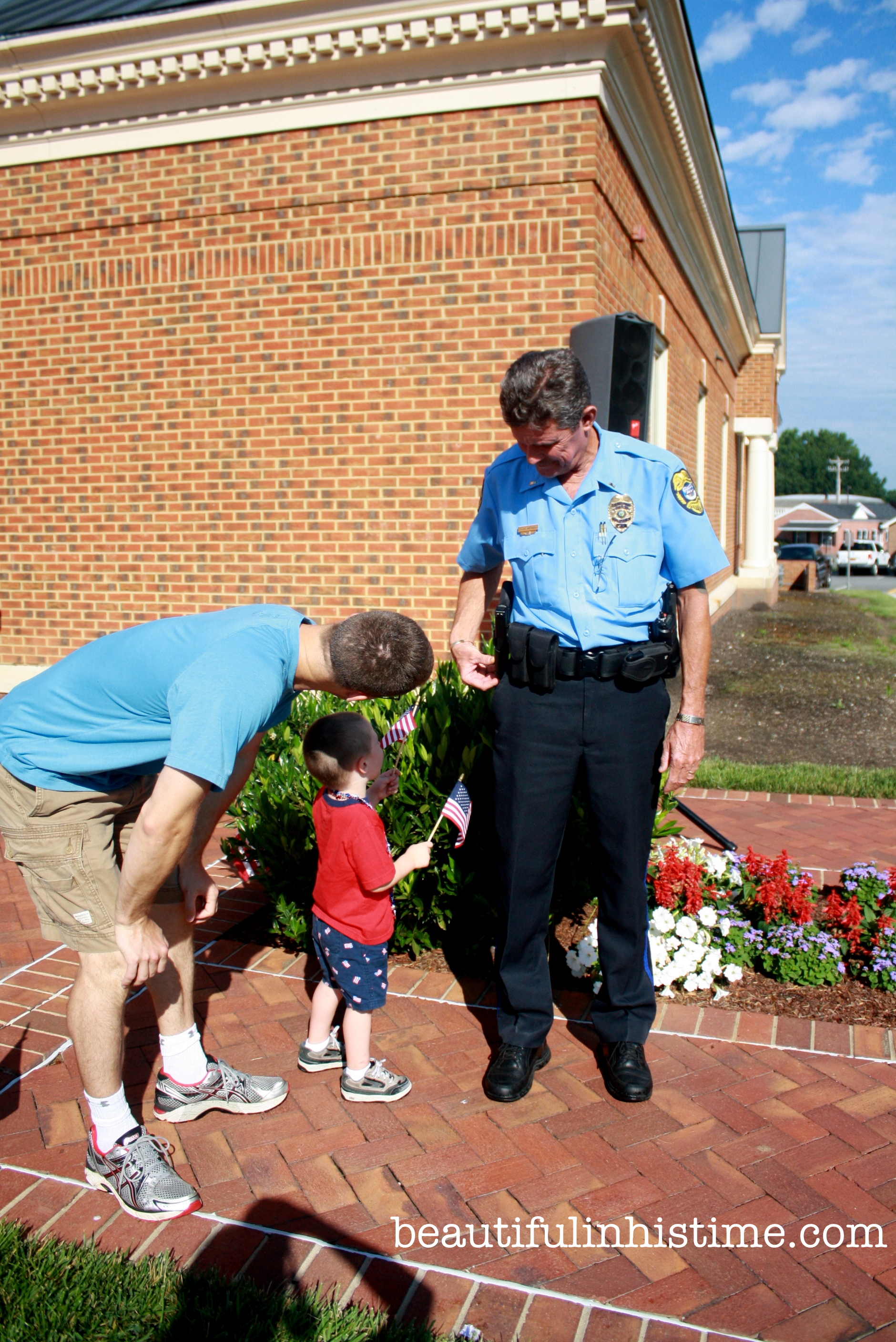 All the kids got in line for the parade. Many had decorated their bikes and scooters! 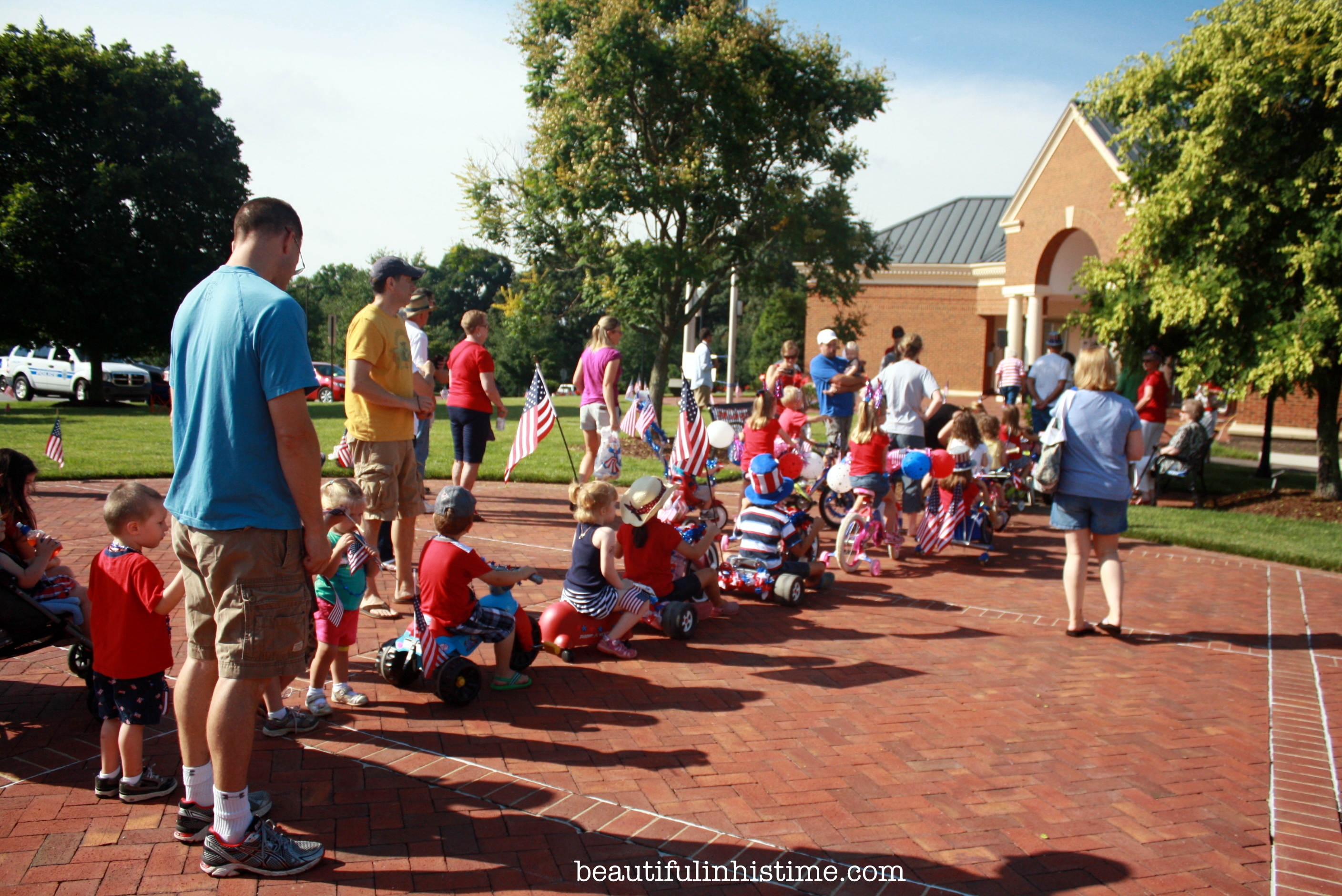 Then there were the short-but-not-short-enough-for-two-year-olds speeches, telling all about our independence and recognizing all the important people who helped make the parade possible.

The kids got a chance to recite the Pledge of Allegiance (which was my personal favorite of the day): 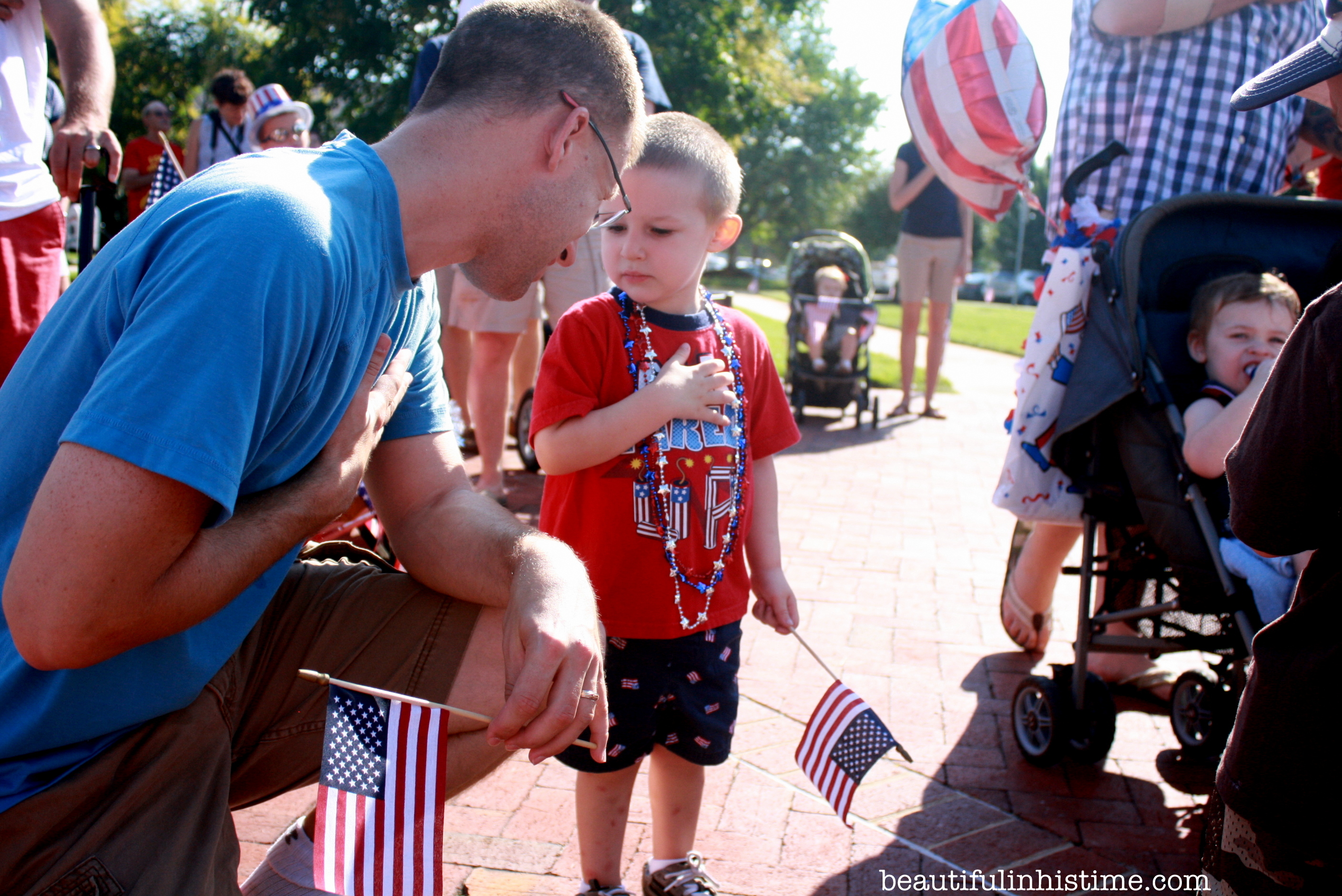 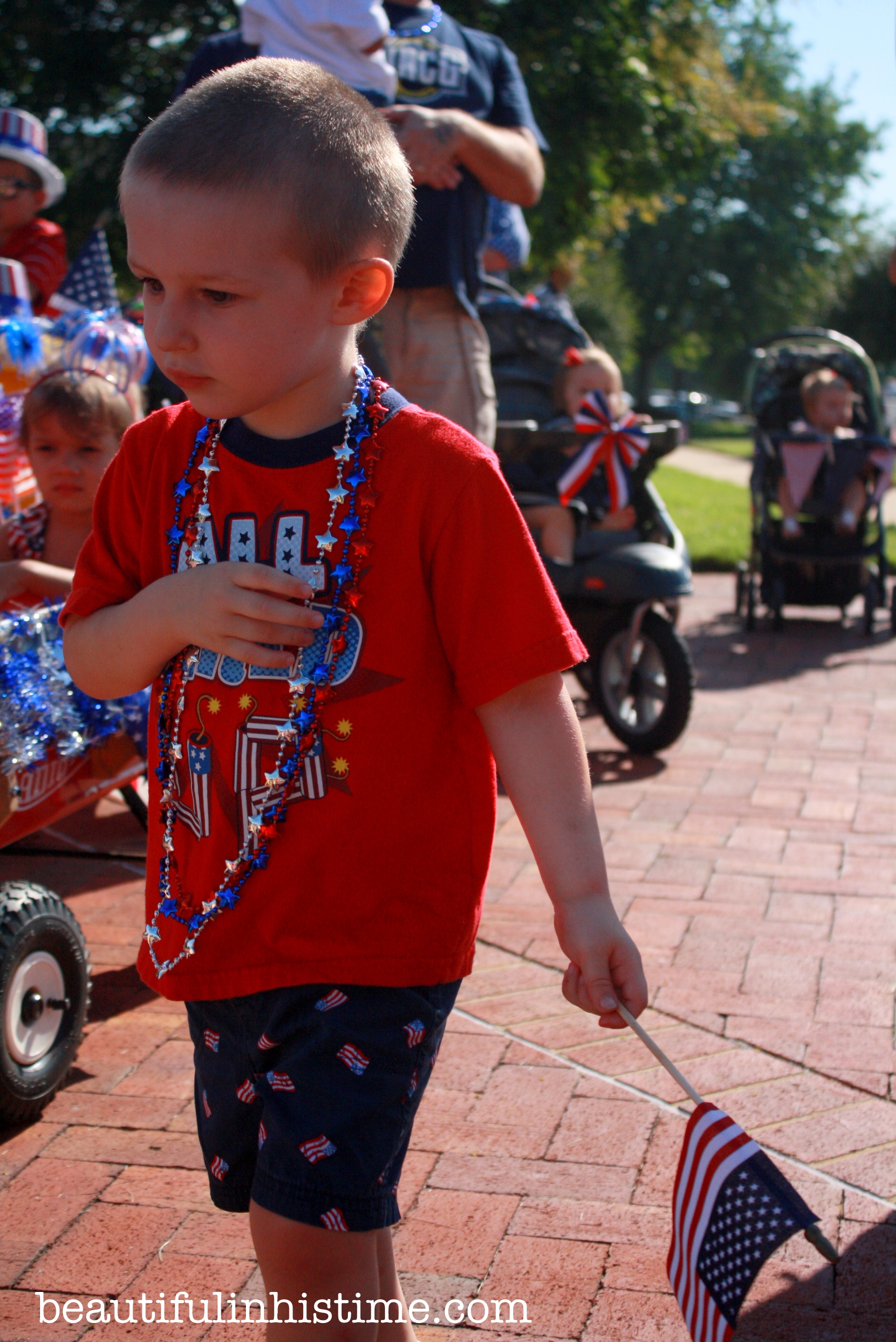 Next, they played the the Star-Spangled Banner. Then he FINALLY got to march! 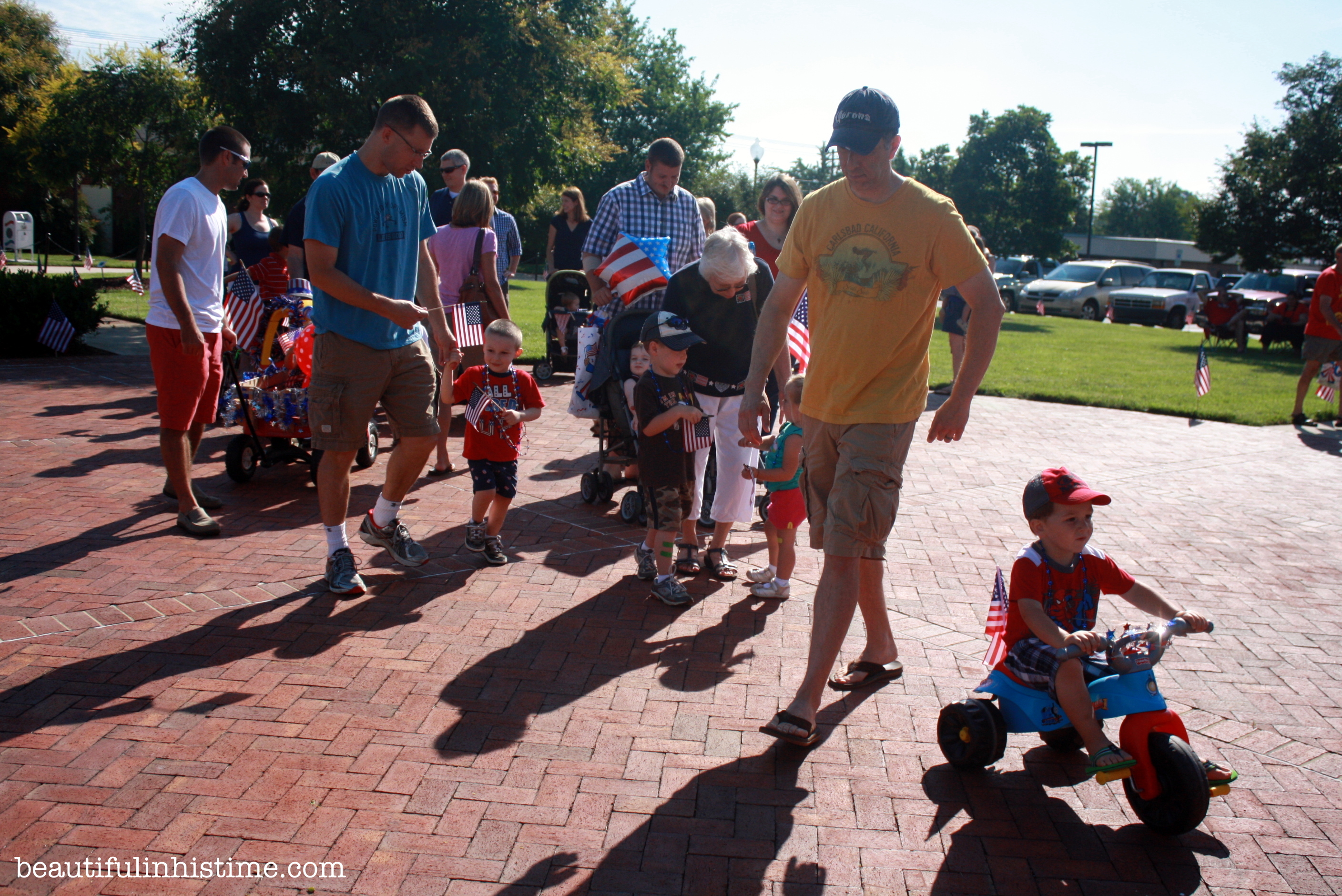 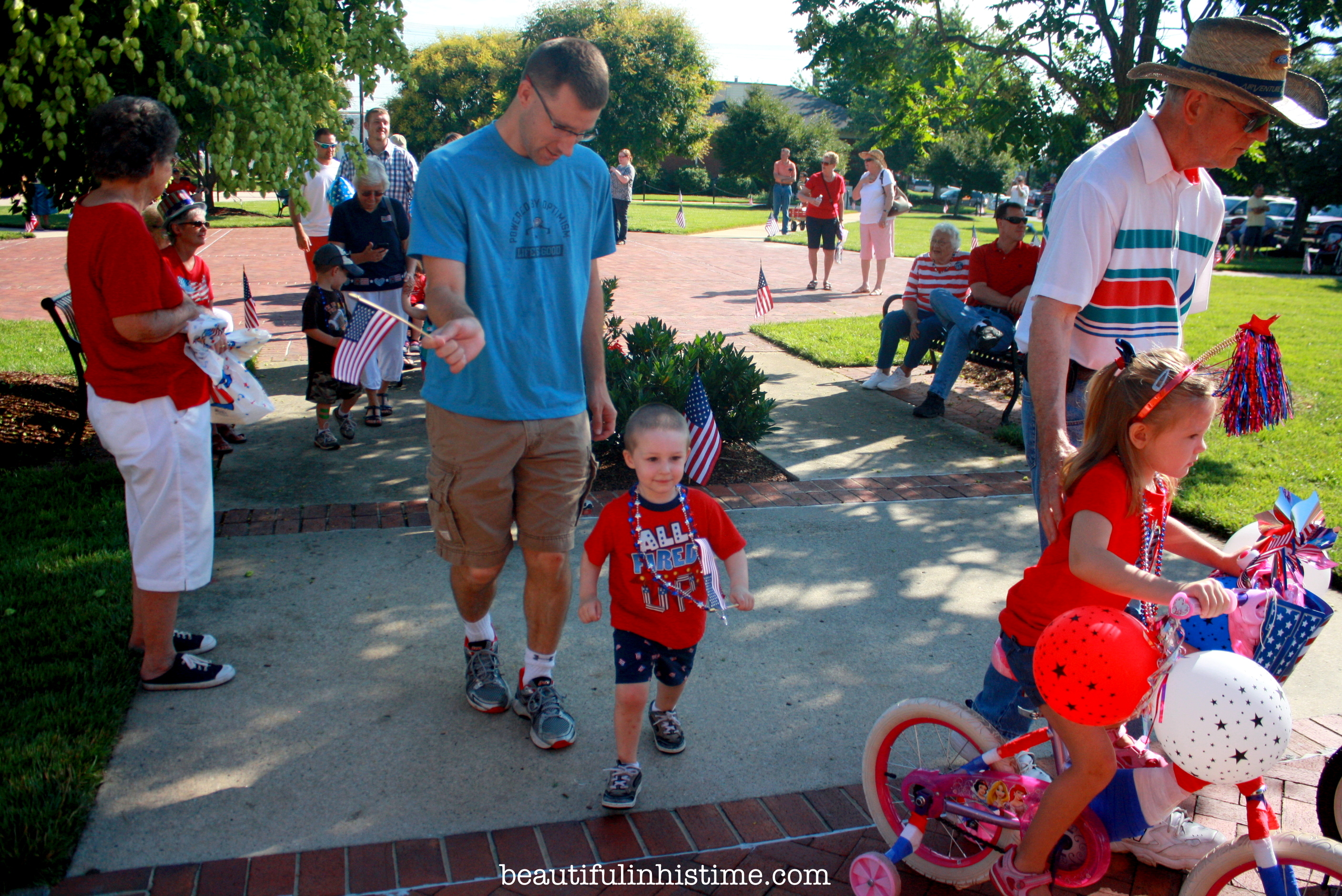 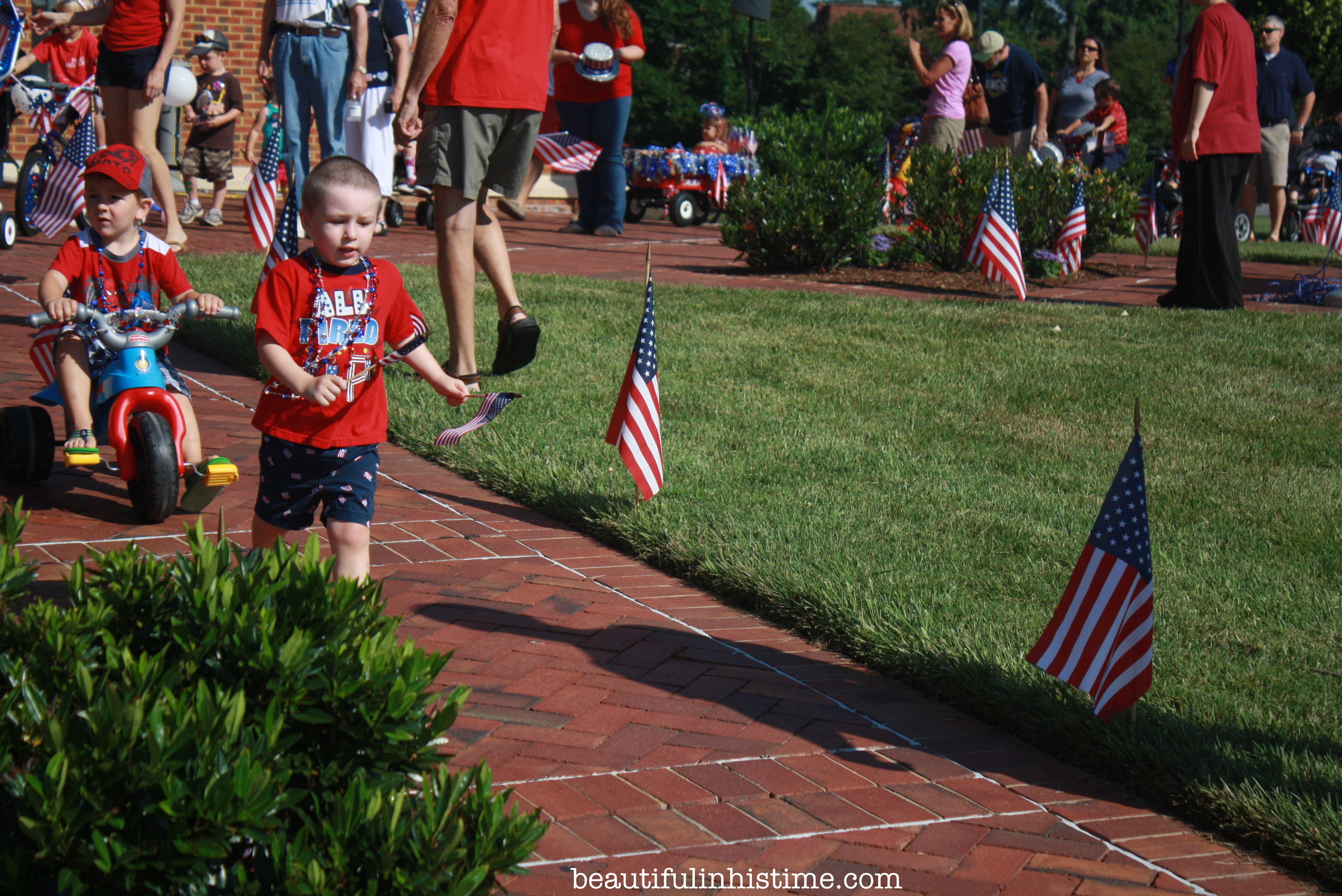 He was one of the few kids on foot, but didn’t seem to mind in the least! 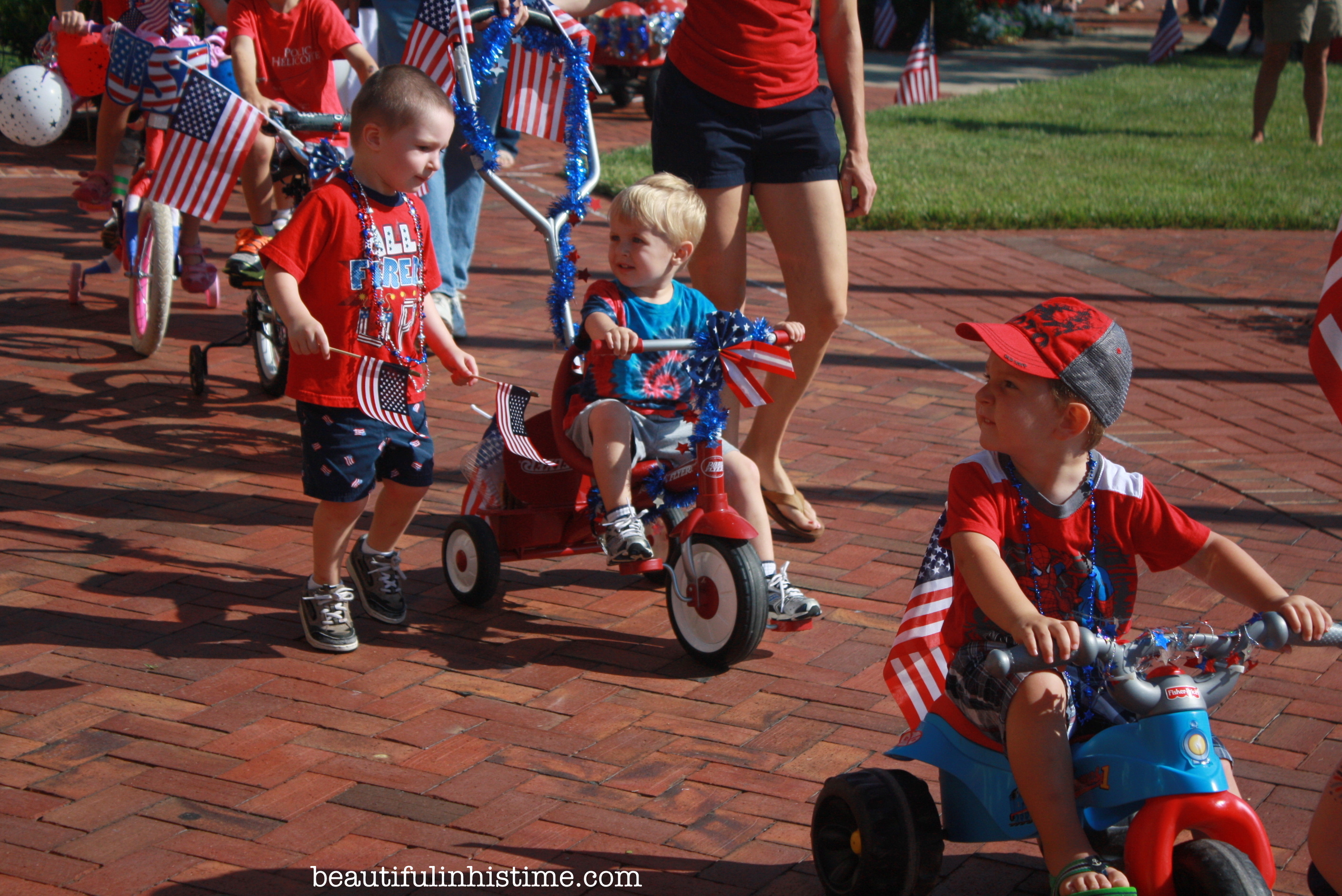 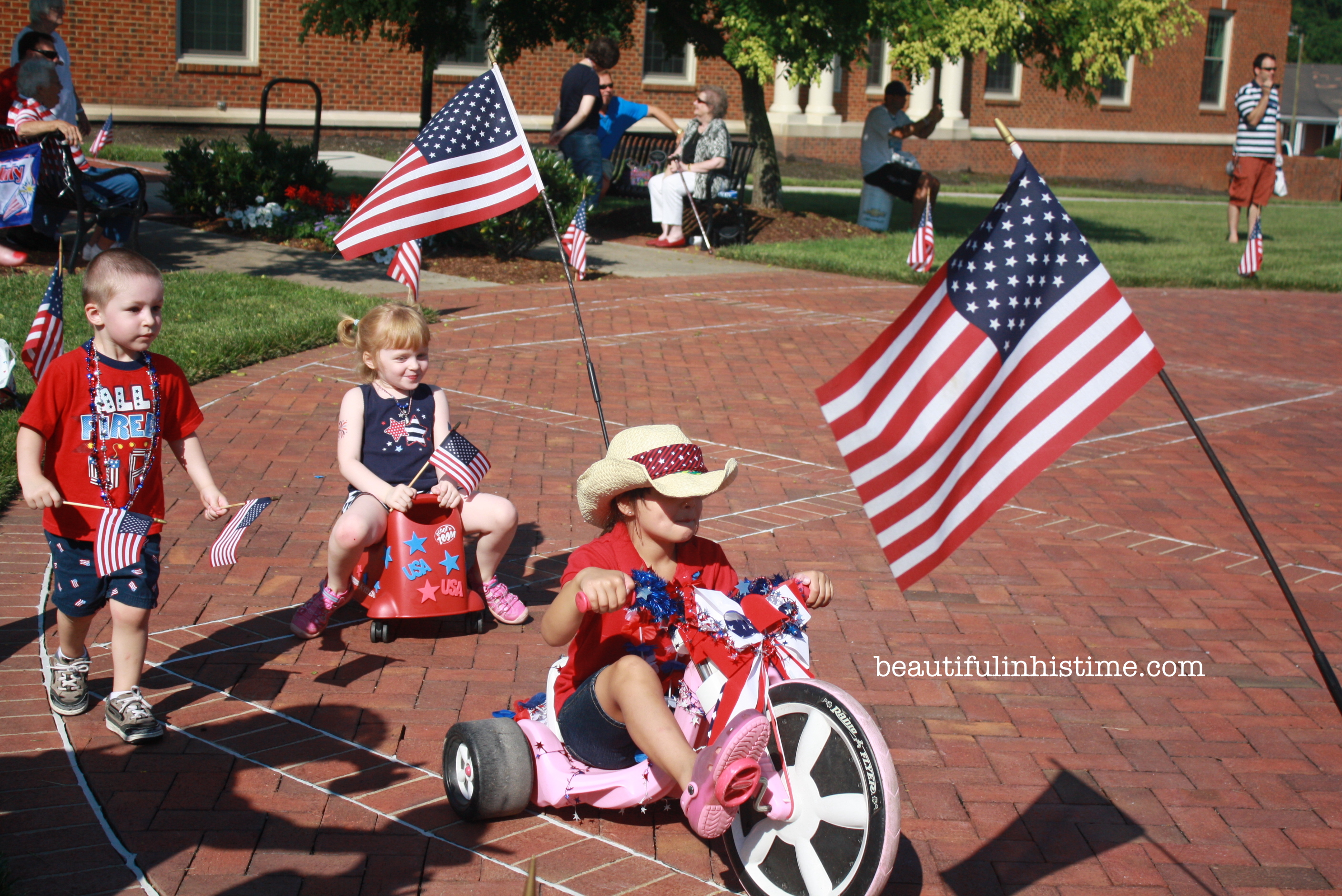 “Goodbye Everyone!” is what he says: 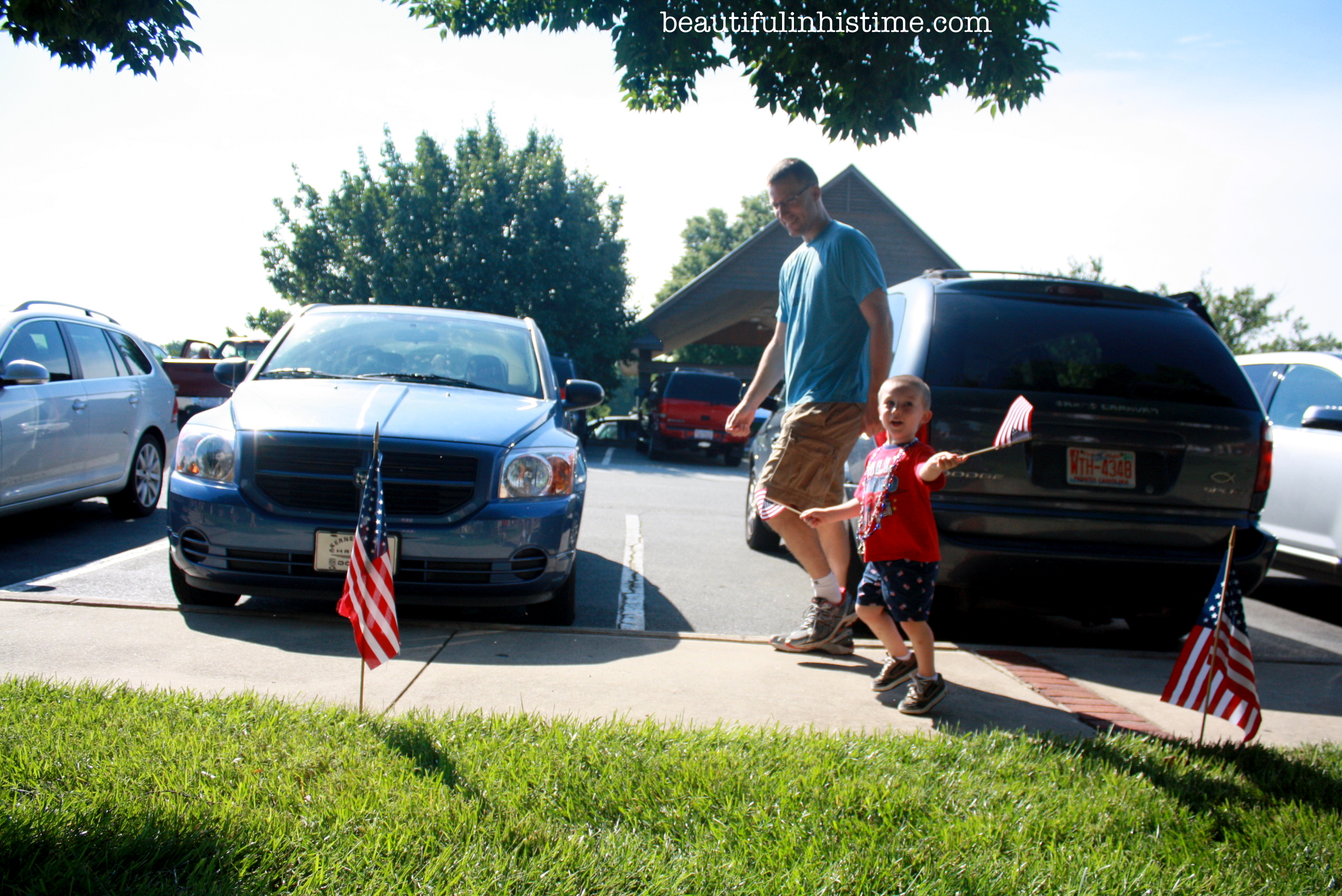 I’m so thankful to the town of Kernersville for offering this for the preschoolers of the Triad. Maybe by next year Ezra will know how to ride his tricycle, and he can go back as a driver instead of a pedestrian!

Miss Mary Children’s Parade at the courtyard of the Town of Kernersville, NC. For more details watch for the updates on the Kiwanis of Kernersville Facebook and website.