My fingers don’t actually tremble when I hit publish. But sometimes – after the deed is done – my tummy flops around and I feel nauseated.

I’ve had moments in recent weeks where I really wondered if blogging so vulnerably was a huge mistake.

I can control what I write. But I cannot control how you interpret it, if you will understand my true intentions, and what you think of me and my life after I pull back the curtain and expose those parts of myself that I had previously kept hidden.

I really hate that. Because in my perfect world, my intentions would always be understood. People would get me. All of my readers would benefit. And no one would ever get hurt – especially not me.

But reality doesn’t always match those expectations. There have been critics – both public and private. My intentions have been questioned. My methods have been judged. And people have been hurt.

I’ve had comments and emails literally shake me to my core.

And I can’t stand it. I have to fix it. Control. Control my image – my reputation. 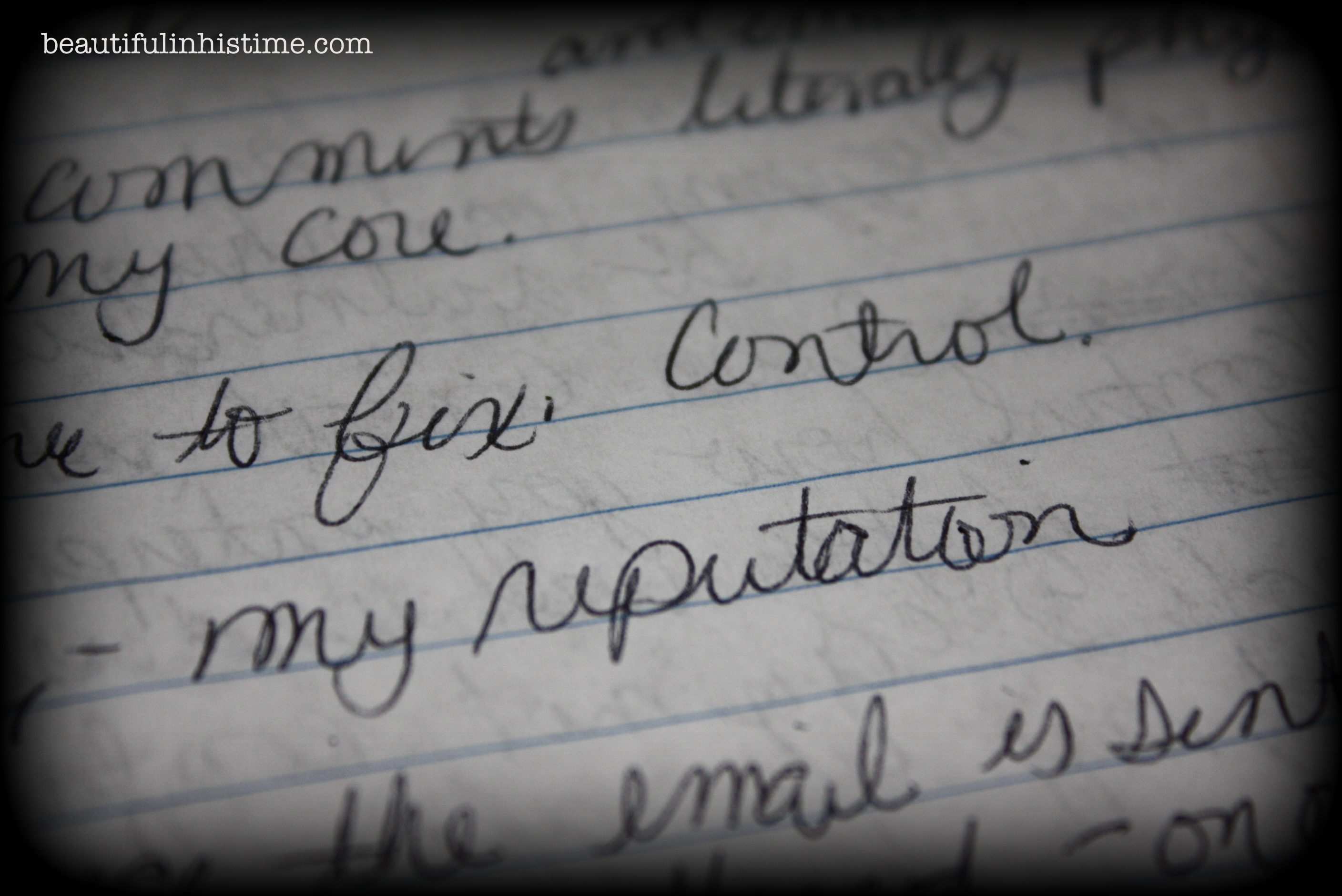 So when the critic steps up, I can’t let it go. I respond to the comment or shoot off the defensive email. I try to fix my public blunders. I explain and expound and clarify and I’ve even edited posts because of the critics.

Once the defensive email is sent, the post edited, the apology uttered – once I’ve descended with grabby hands onto the situation, trying to fix it all – then I’m left with a whole load of self-doubt. Sometimes the critic has been right and I don’t like that they are right. I realize I’ve made mistakes; I view those mistakes as failures and wonder why I even bother to write in the first place.

Other times, it’s my response that I doubt. Why did I feel I owed them an explanation? Why was I so quick to try to make them understand me? Why did I let them get to me?

The criticism hurts  – whether it be right or wrong, whether their points should be heeded or disregarded. Because their negativity exposes personal emotional weaknesses and turmoil that most often I’d rather not face.

Emily Freeman captures it this way in her book, A Million Little Ways:

“I’m dreading how this person’s words will remind me of the crooked shape of my flesh. I’m dreading how I know I’m going to have to come fact-to-face with the ugliness of my own sin, my own desire to be my own god, my fist clenching around the edges of my reputation and my good intention and all of my excuses.

It doesn’t mean I’ll agree with the critics or even that I’ll respond.

But it does mean I will be forced to move through all the stages of defensiveness, all the reasons why I don’t deserve their critique, all the reasons why they’re wrong. But soon, if I’m brave enough to admit what it is I really fear, I will eventually be brought down to my knees no matter what they say.”

But ultimately: it grows me.

Because whether I was wrong in the first place and the critic was right – or the critic was wrong and I shouldn’t have been so hasty and defensive – coming face to face with my mistakes is what pushes me closer to Jesus.

Because when I’m in tears on the verge of a panic attack because a reader misunderstood what I wrote – it’s Him I call out to. It’s He who gives peace. Its He who forgives. It’s He who I know always understands my true intentions even when the critics don’t.

Please come back tomorrow as I have some additional thoughts about writing vulnerably, my motivation in doing so, and how I hope you can benefit from my writing.