This post is part 21 in a blog series that I have entitled “the wilderness between legalism and grace,” in which I share how I came to realize that I had an incorrect view of God and self and how I became free of the system of legalism whereby I was trying to earn God’s favor. You can view all of the posts in the series here on the series landing page. In this post, I talk about why it’s so hard to leave the comfortable cocoon of fundamentalism.

In January of 2012, Russ and I visited a solid IFB church together for the first time. On the way home, he turned to me and said this:

I responded in agreement. It did feel comfortable.

Unfortunately, neither of us could pinpoint whether that was a good thing, or a bad thing. A few weeks later though, we had shrugged away the wariness and jumped in with both feet, aligning our church membership there.

Why?!?!?! Why after all of the hurts, all of the things you have realized, all of the frustration – all of the times that you “cheated on your church” and left other churches would you keep going back to the same thing?

The black-and-white world of legalistic Christianity feels comfortable and safe.

After visiting that church for the first time, I told my husband, “It feels a lot like the church I went to in high school.” And secretly, I was hopeful that maybe attending this kind of church again would be the one thing that would help me get my life “back on track” to where it “should be.” I kept looking back to an ideal that I was watching fade away, hoping that I could reclaim it somehow and get back to that pristine picture-perfect type of Christianity.

I haven’t used this graphic since the very first few posts, simply for space and redundancy sake. But there’s a very specific reason I chose to use a butterfly.

There are so many good things about the cocoon. (I’ll be blogging about this in a future post.) The cocoon is warm and safe. Being in it is like being swaddled. It feels like it’s where you should be.

Within, comes the metamorphosis. Eventually, that caterpillar sprouts wings. She realizes that the cocoon is restrictive, dark, and keeping her from where she wants to be.

I’ve spent the majority of this series speaking about the “restrictive, dark” parts of legalism. But it wasn’t even until very recently that I have come to a lot of those conclusions.

For a long time, I was simply a caterpillar who had sprouted wings. I wanted so badly to fly out of the cocoon – out into a world of vibrant colors, light, and freedom.

But I was too daggone scared.

I wonder – is the caterpillar ever scared to leave the safety, quietness, and calmness of the cocoon? Does she ever peek her head out at the “big bad world” and draw it back in because she’d rather stay constricted in a cocoon that’s too small for her than to risk leaving what she knows?

That’s where I was for a long time.

I wonder – does the butterfly ever miss the comfortable cocoon because she’s overwhelmed by the scary new world?

A world that is black and white is safe. Because you know the rules. You know what happens to you break them. You always know where you stand (and where everyone else does). There are no gray areas, because gray areas are frightening.

The idea that God loves us, regardless of our actions, and we have nothing to do with it – that’s so hard to take in! That’s hard to accept. Because if God loves me regardless of my actions – if he gives me grace – then he also gives grace to other people that I might not think deserve it. And that’s very disconcerting.

God in his essence is black and white. He is holy. He cannot be in the presence of sin. But his bride chose to sin and reject him. So what did he do? He made a way for humanity to be with him again.

In a way, the redemption of sinful humanity is the biggest “gray area” that ever existed. Nothing about a holy God sacrificing his sinless, perfect son to redeem a sinful people makes a bit of sense. But it’s what he did. And that’s grace.

That’s why the religious leaders of the day put Jesus to death. Because he broke their rules. He forgave the sinners. He healed the lepers. He bestowed mercy on the prostitutes. And coming face to face with Jesus’ grace and mercy terrified them. Their small, in-the-box, black-and-white view of God simply couldn’t handle it.

I share all this because I don’t want my readers to think that leaving behind a legalistic view of God was easy for me.

Leaving behind legalism is one of the most terrifying things I’ve ever done.

And for a long time, I just couldn’t do it. Like a little kid making the first jump from the high-dive…just standing there…walking to the front, and then turning back, walking up again, looking over, but unable to jump. That was me.

Oh I could cheat on my church and listen to Josh Groban and wear pants. But I couldn’t accept in my heart that it was really and truly okay. The idea of grace seemed to go against the grain of everything that I believed. I couldn’t accept that God’s grace, his love, could be enough for me. That I could let go of everything – my goodness, my perfection, my addiction to the praise of men, the rules, the standards – and run to his embrace. That I could let go of everything else but him.

Maybe you are in that place too.

I just want you to know that it’s okay to be scared. It’s okay to mentally struggle with wrapping your head around this inexplicable thing called “grace.” It’s okay to not want to leave your safe, comfortable cocoon. You are definitely not alone.

I want to make it clear that I am simply telling my story. This series is not meant to be some sort of “how to” manual on how to leave legalism behind. Your journey won’t look like mine – this is between you and God.

For that reason, I’m not going to really conclude this post with any sort of advice. Rather, with a thought-provoking quote: 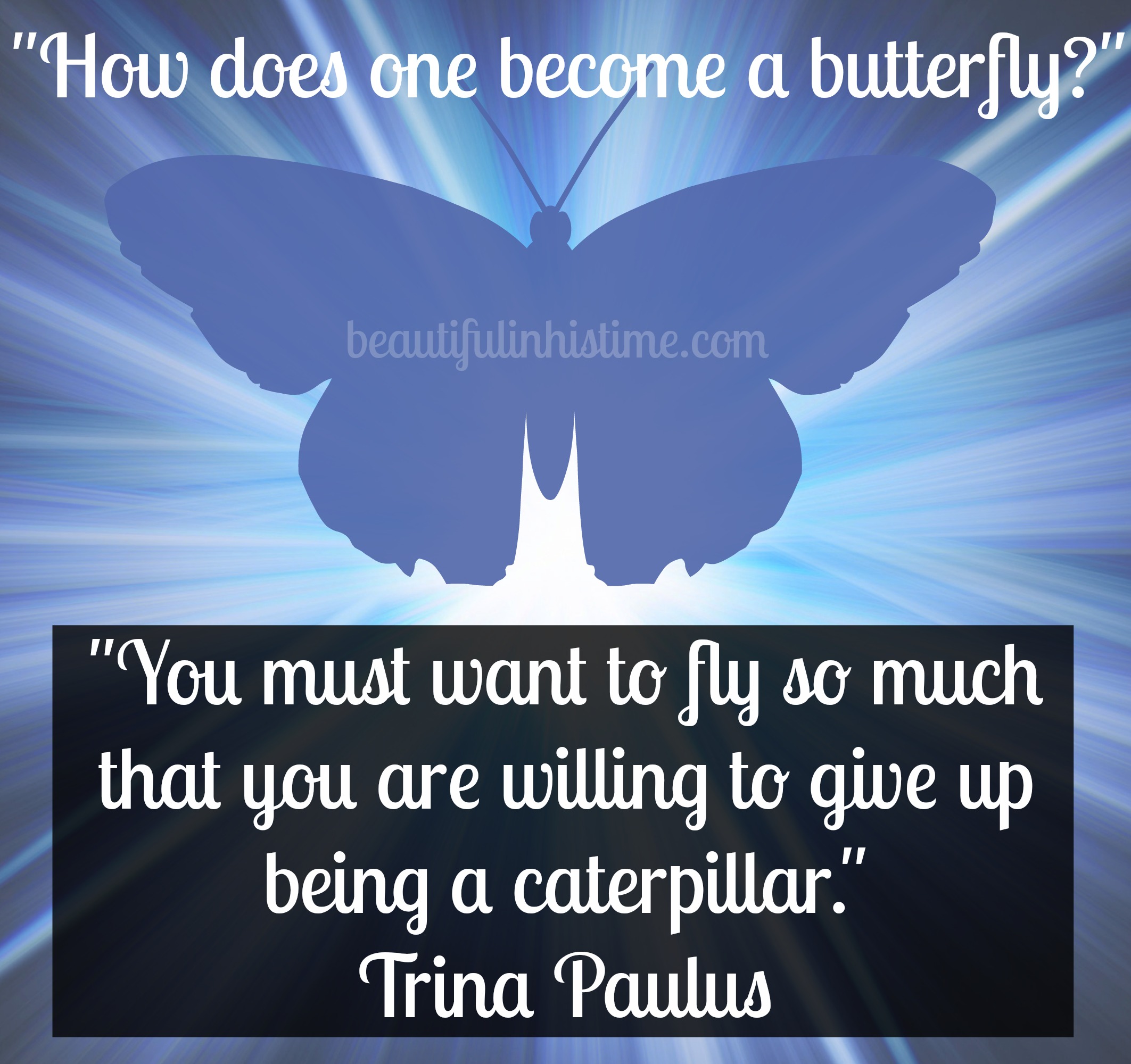 Next post, part 22: There are no “entry level positions” with God

The importance of community in a Christian marriage

Boundaries, being settled, and growing

Beauty in the {Homeschooling} Mess: A Mini-Blog